TODAY – Day ONE in Eindhoven

It was a busy first day of play at Squash Time in Eindhoven, with eight courts in action for most of the day as two rounds in each of the Men’s and Women’s draws were completed, leaving just 32 players left in each draw. 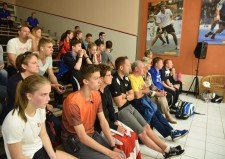 Top seeds and defending champions Diego Elias and Habiba Mohamed made safe enough starts to their campaigns, as did most of the seeded players with two big exceptions.

In the last match to finish in the women’s draw USA’s Kayley Leonard came through a tough five-setter to beat Belgian 5/8 seed Tinne Gilis, while in the men’s draw England’s Charlie Lee also won 11/9 in the fifth, beating Egyptian 3/4 seed Amr Arafa – both taking the winning point on stroke decisions that left their opponents distraught. 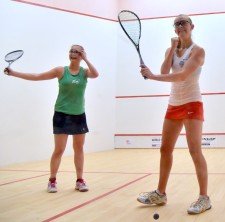 “I knew I wasn’t favourite but I really believed in myself before the match. In the games I lost my length wasn’t good enough, but managed to get it back for the next games and kept him behind me which was very important.

“It’s great to win, but I have to carry that forward now,” he concluded.

Other players to confound the men’s seedings were Japan’s Ryunosuke Tsukue and Gabriel Morgan of the USA, both beating 13/16 seeds in five games, while in the women’s draw Hong Kong’s Hiu Lam Lui beat Canadian 13/16 seed Chloe Chemtob, also in five games.

Play continues tomorrow with another two rounds to decide the quarter-finalists. 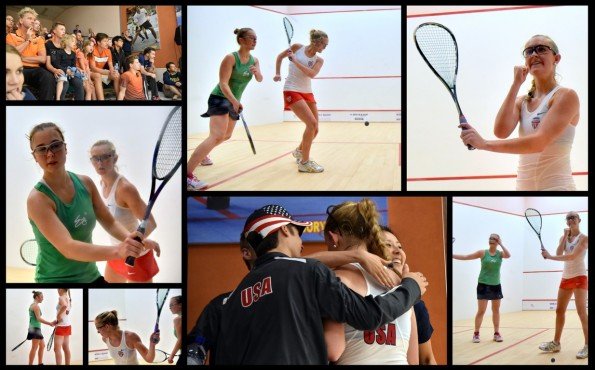