Gohar retains title as Ng lifts one for Malaysia 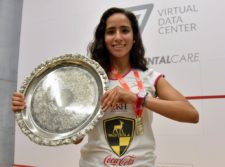 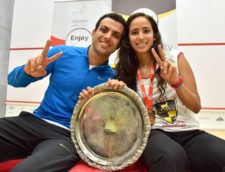 El Araby, two years Gohar’s junior and playing in her first World Juniors, acquitted herself well, staying with the world number five for the early part of each of the games, but Gohar’s extra pace and experience told as she moved clear in all three.

“I can’t believe it,” she said after the match. “To win it more than once and join the legends who have done this before, it’s a dream come true. It was a tough match, Rowan played well but I’m just so happy to finish my junior career with this win.” 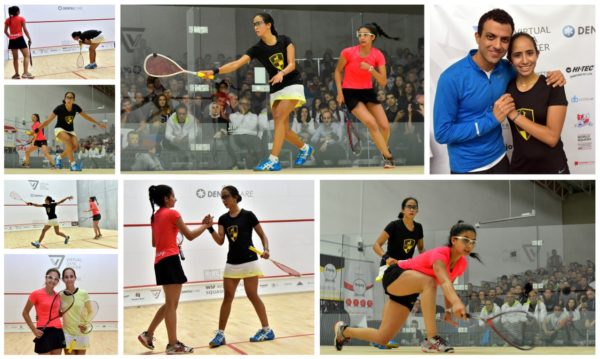 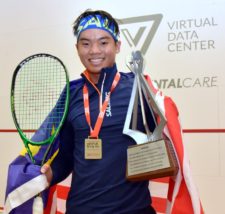 The men’s final featured the top two seeds, both through to a first final after losing in last tear’s semis. They had met four times in the final stages of the British Junior Open over the years, Malaysia’s Eain Yow Ng went into tonight’s match having won three of those encounters, but Egypt’s Saadeldin Abouaish had won the most recent one this January.

Ng started well and raced through the first game, but Abouaish was equally impressive in taking the second.With the packed crowd at Enjoy Squash and Gym getting involved in every rally, it was the Malaysia whose inventive play allowed him to take, and keep, the upper hand in the next two games.

After retaking the lead he built a lead at the start of the fourth, which Abouaish couldn’t quite close down, and when the Egyptian’s dropshot hit the tin on the first match ball Ng became the second Malaysian man – after Ong Beng Hee – to become World Junior Champion. 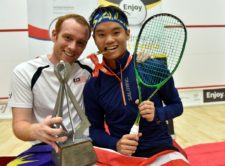 “It’s unbelievable,” said a delighted winner. “Becoming world junior champion is something I’ve dreamed about since I started playing squash but to actually do it, it’s like a dream.

“I went into the match not thinking about winning or losing, just about playing my game and seeing what happened. I couldn’t have done it without the help of my friends, family and coaches, so thanks to all of those!” 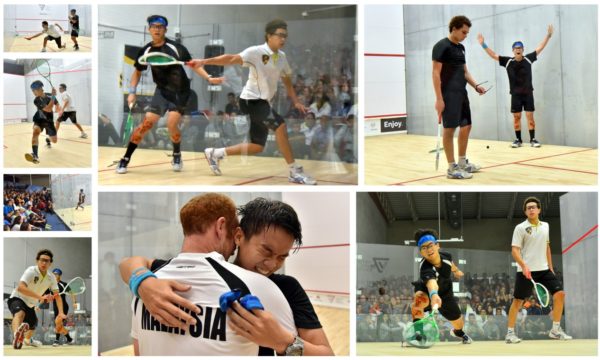 Gohar aims for a double as
Saad and Yow renew rivalry 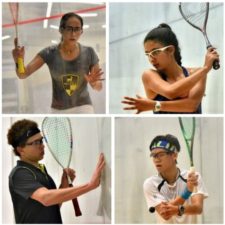 First up tonight is the women’s final, and  it’s all-Egyptian for the sixth year in a row. Defending champion Nouran Gohar will start favourite in her third and last final to join Nicol David, Raneem El Welily and Nour El Sherbini as multiple winners, while Rowan El Araby, in her first World Juniors, will have two more opportunities to join those ranks.

The men’s final sees last year’s beaten semi-finalists renew a long rivalry. Top seed Saadeldin Abouaish beat Eain Yow Ng in the U19 semi-finals of this year’s British Junior Open, having lost to the Malaysian in the 2015 U17 final, the 2013 U15 semis and the 2011 U13 final.

There has been at least one Egyptian in the last ten finals – winning eight in a row up to 2013 – while Ng is just the third Malaysian to reach the final after Ong Beng Hee and Ivan Yuen. 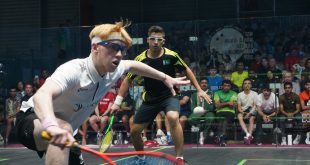 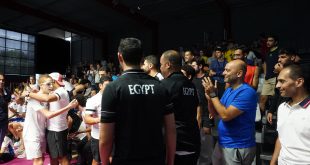