Eight matches in each draw today to decide the World Junior quarter-finalists, action started at 10.00 with (for the most part) two courts in use. Plate matches continue throughout the day, with two more scheduled for the city centre glass court tonight. 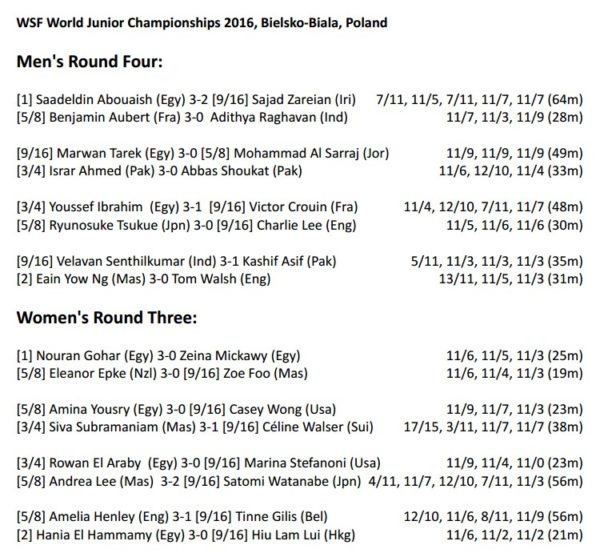 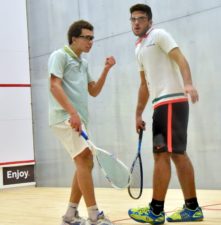 The opening men's match quickly saw top seed Saadeldin Abouaish on the defensive as the tall, powerful Iranian Sajad Zareian took a 5-0 lead on his way to taking the opening game. The Egyptian, a semi-finalist last year in Eindhoven, recovered to level but once again fell behind as Zarein powered through the third.

Abouaish again found a way to take the sing out of the Iranian's attacks as he took the match into a decider, and in a tense finish got the benefit of several refereeing decisions that drew the ire of his opponent and the crowd, taking it 11/9 in just over the hour. 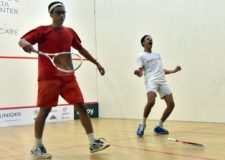 He was joined in the quarters by two more Egyptians – 3/4 seed Youssef Ibrahim got the better of Frenchman Victor Crouin in four close games, crucially saving game balls in the second to take a two game lead. and Marwan Tarek was delighted to produce the upset of the round as he overcame 5/8 seeded Jordanian Mohamad Al Sarraj in three close games all going to nine. 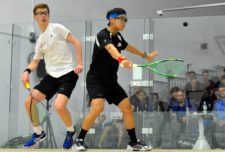 Seeds through to Women's quarters – an Egyptian in each

The women's matches went precisely to seeding with the top eight all claiming their expected quarter-final places, although it was tougher for some than others. 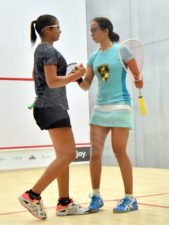 Gohar now faces New Zealand's Eleanor Epke who had the quickest win of the round as she dismissed Zoe Foo in just 19 minutes. 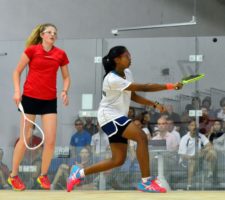 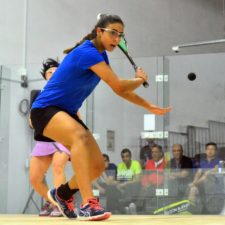 Egypt's 3/4 seed El Araby, who beat America's Marina Stefanoni with increasing authority, taking the third 11/0, will meed Malaysia's Andrea Lee, who needed all five games to deny Japan a quarter-finalist in both draws as she beat Satomi Watanabe in just under an hour's play.

El Hammamy meet the only European left in the draw in England's Amelia Henley, who survived a tough four-game battle against Belgian Tinne Gilis in a repeat of their European championship final, but this one took almost twice as long at 56 minutes.

An Egyptian in each women's quarter-final then, and in the previous two editions it's been all-Egyptian semi-finals … 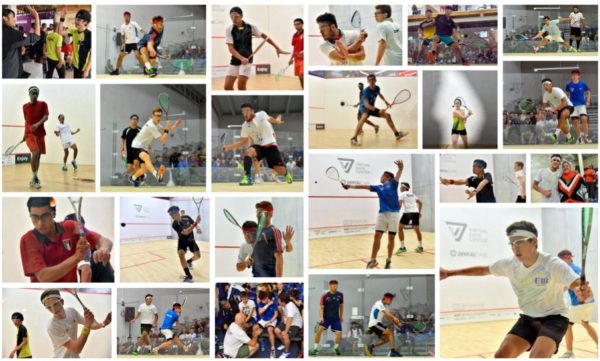 Lots of photos in the Galleries

Previous Day TWO: Seeds through to Last Sixteen
Next Quarter-Finals in Bielsko-Biala