Three for Egypt but Ng denies them a clean sweep

Semi-finals day at Enjoy Squash in Bielsko-Biala saw three Egyptians make it through to the finals, but Malaysia’s Eain Yow Ng denied them a clean sweep in a dramatic final match of the day.

Three in a row for Gohar 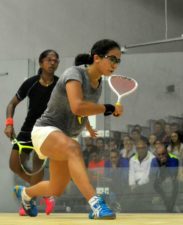 Top seed Nouran Gohar moved into a third successive World Junior final as she beat Sivasangari Subramaniam in straight games in the first semi-final. The Malaysian won a lengthy first rally and led 2-0 before Gohar, the world number five, took control as powered through to 10-3, taking the lead 11-4. 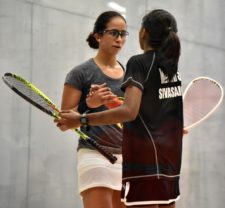 The Egyptian dominated the second, moving from 4-0 to 10-3 before extending her lead 11-6. Singari battled away in the third but still Gohar was too strong, taking the match 11-5 in half an hour.

“After that first rally I thought it was going to be a really long match,” said Gohar.

“She’s very talented and attacks from everywhere, it’s difficult to play against. I’m happy with how I played in the end and pleased to be through to the final again, fairly fresh.” 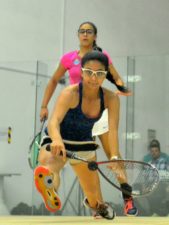 Having lost three British Junior Open finakls to Hania El Hammamy – and from 2-0 up this January – Rowan El Aramy was probably due a win against her compatriot, and what better place to do it than in the World Junior semi-finals. 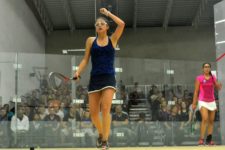 They play a similar game, hard hitting consistent driving, and both thrived in the warm conditions in a match that was fiercely contested from beginning to end.

It was Rowan who finished all three games better though, taking five points in a row to take the lead 11/8, pulling clear early in the second for 11/4, and staying a point or two ahead throughout the third before closing it out 11/7. 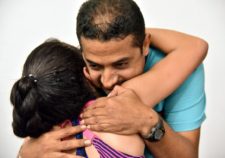 “I can’t believe I’m in the final,” said a delighted winner., and in my first World Juniors!

“It was a really tough match, I just thought about not letting what happened in the British happen again, and made sure I concentrated through to the end of the match.” 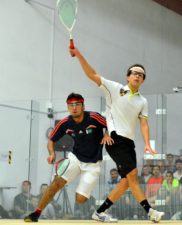 Having survived two five-setters in the previous rounds, both times recovering from two-one down, top seed Saadeldin Abouaish found his best form in the first men’s semi-final as he beat Pakistan’s Israr Ahmed in four games. 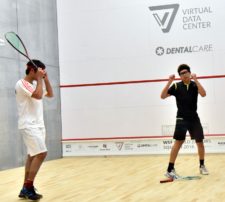 The Egyptian, still looking for his first major junior title, was quickly on top and looked assured as he took the lead 11/5. Ahmed made the better start to the second and Saad all bu let the last few points go as the match was levelled 11/5. 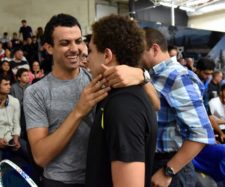 It was all Egypt in the last two games though as Saad retook the lead 11/6 and with Ahmed sensing it was a lost cause the fourth was over in a rapid 11/1.

“He’s had good preparation for this tournamenjt,” said Egyptian manager Omar Abdel Aziz, “I was confident that he could put in the physical performances he needed, and he played his best squash at the right time today.”

Saad was “delighted to end it in four this time, I kept my concentration right through. That’s one better than last year, and hopefully one more.”​ 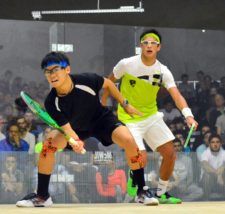 The men’s final will be between the top two seeds after Malaysia’s Eain Yow Ng came through a thriller against Youssef Ibrahim to dent Egypt a clean sweep of finalists.

There was nothing to choose between them in two long, tense opening games, Youssef getting to game ball in the first before You took it 13/11, and then saving two game balls in the second only to lose it 12/10. 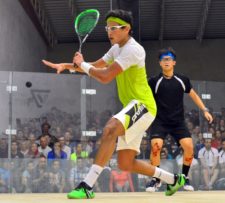 The Egyptian was on top from the start of the third as he pulled a game back 11/6, but it was the Malaysian who made the better start to the fourth. 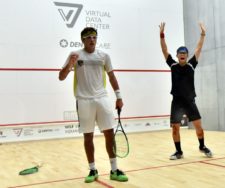 Youssef levelled at 6-all but with both players receiving no lets after earlier warnings from the referee, Yow pulled clear again, clinching his place in the final 11/8 on a final stroke.

“That was a really tough match,” said Ng, “we both had patches where we played fantastic squash and I was just lucky enough to sneak the three games at the end. Youssef is a fantastic player, one to watch out for next year for sure.” 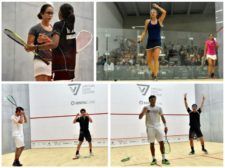 So last year’s losing semi-finalists will contest this year’s final, and they’re no strangers, having met several times in the closing stages of the British Junior Open.

As Malaysia’s coach Andrew Cross said: “They’ve grown up together, but now it’s the big one.”

“We’ve had a big rivalry since the British U13s,” said Yow, “but there’s no bigger stage than the World Junior Final … may the best player win!”​

Previous Quarter-Finals in Bielsko-Biala
Next 2016 Finals : Two for Gohar, Ng for One