In the main draw today there were four first round matches, the winners going through to face the top four seeds in the quarter-finals tomorrow (so we're calling them 'pre-quarterfinal" matches), while in the 13-21 draw there was a single preliminary match followed by the quarter-finals. 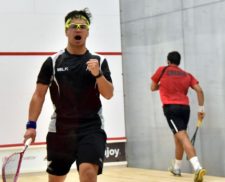 New Zealand created an upset in the first pre-quarter-fianl as the 9th seeds got the better of 8th seeds Canada in a dramatic match.

A determined Jamie Oakley put New Zealand ahead with a straight-games win in the first tie, but in a dramatic second Matthew Henderson saved two match balls in each of the fourth and fifth games as he levelled the match with an incredible 2/11, 15/13, 3/11, 13/11, 13/11 scoreline.

The reprieve was short-lived though as Scott Galloway wrapped up the win for New Zealand with a straight games win in the deciding tie.

New Zealand advance to the quarter-finals where they face top seeds and defending champions Egypt.

Meanwhile hosts Poland recorded their first win in the event, beating Zimbabwe 2-1 to move into the 13-21 quarter-finals, where they play Switzerland tonight.

Afternoon: England and Australia through

England and Australia went through to the quarter-fianls with contrasting wins. 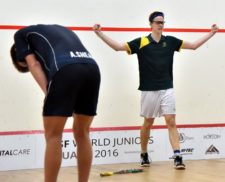 England cruised past Hong Kong 2-0 with wins from Charlie Lee and Adam Corcoran, while the Aussies were made to work very hard by surprise package South Africa.

Alex Eustace won three close games to put Australia ahead, then Joe White won a second five-setter in two days to clinch a noisy win for the Aussies (check the video clips on twitter).

In the first pair of 13-21 quarterfinals, Malaysia beat Guatemala 2-0 while Israel were taken to a decider by Argentina.

Evening: USA get past Jordan

After Jordan's Mohammad Al Sarraj had saved a match ball on his wat to defeating Andrew Douglas in five games, the USA needed to win the remaining two ties to justify their seeding.

They duly did, but both Sam Scherl and Spencer Lovejoy had to work hard for their wins.

In the 13-21 quarter-finals Switzerland beat hosts Poland and Spain beat Germany, both 2-0. 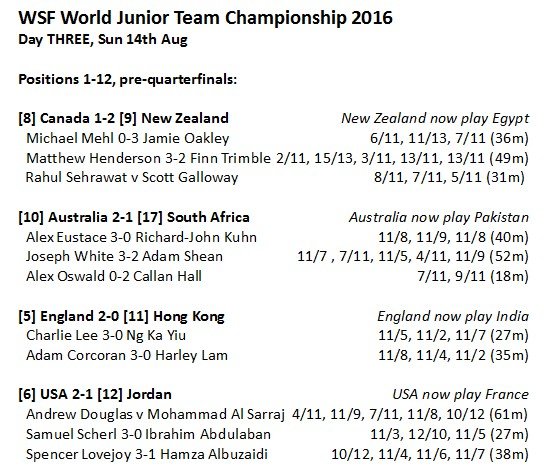 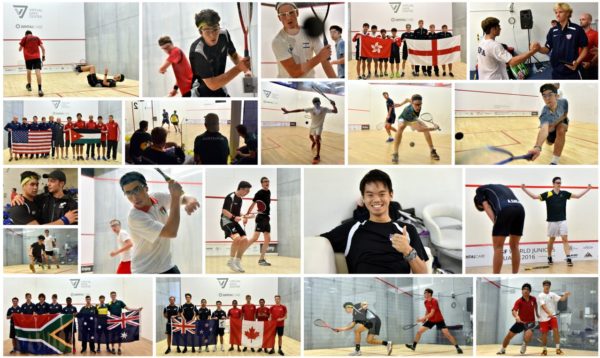 Plenty of photos in theGallery