The women's draw has been rejigged following the withdrawal of Habiba Mohamed, the second seed from Egypt who is still undergoing rehabilitation after a shoulder operation.

Habiba was champion in Namibia 2014, and runner-up in Netherlands 2015 – playing this year's top seed and defending champion, fellow Egyptian Nouran Gohar in both finals – as well as being part of the Egyptian team which retained the women's team title in Eindhoven. We wish her well on her road to recovery.

When one of the top seeds withdraws a redraw is required, so Egypt's Hania El Hammamy moves to second seed behind Gohar, and the further withdrawal of 13/16 seed Harshit Jawanda of India means that reserves Zena Mickawy and Ashita Bhengra have been added to the draw. 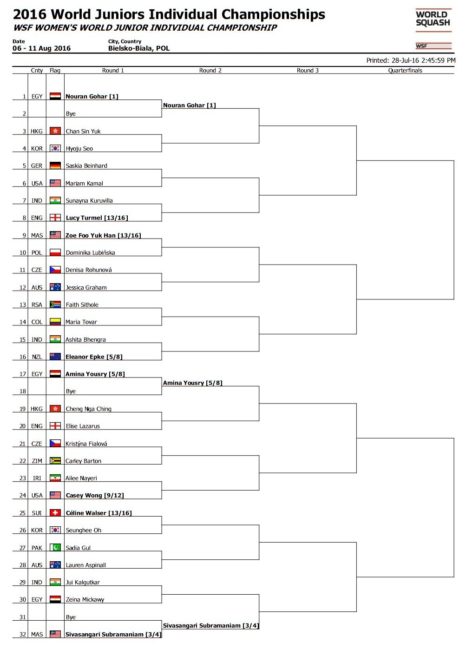 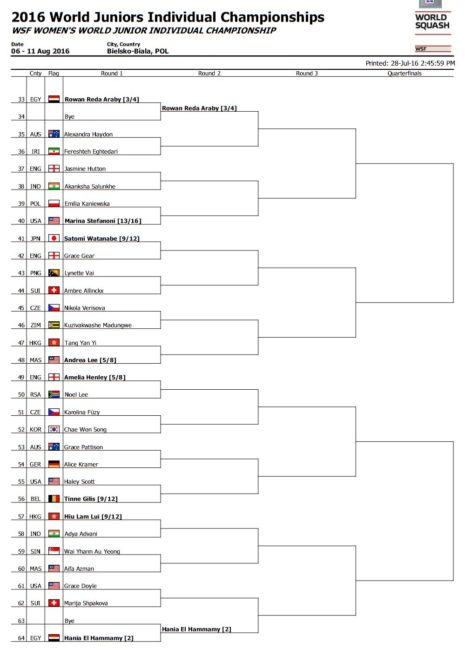 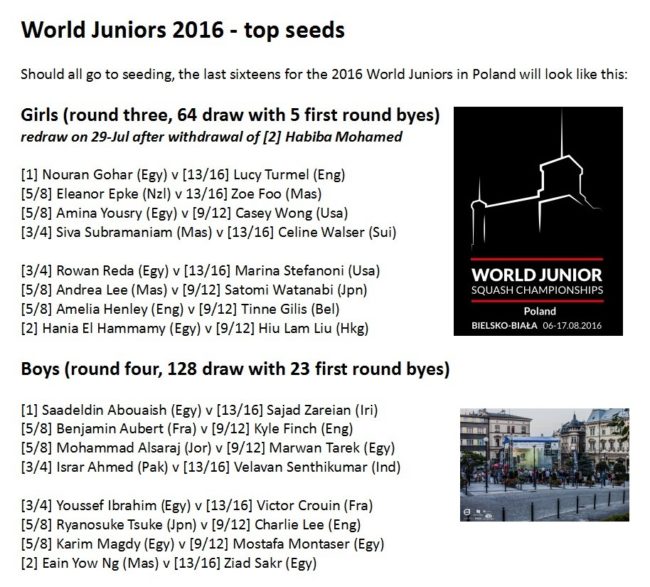