Squash casts a lofty shadow over Camden Te Kani-McQueen but she stepped into the spotlight in Tauranga to help New Zealand into a quarterfinal of the World Junior Squash Championship against Malaysia. 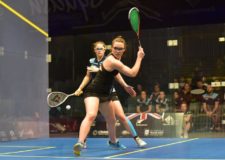 The Rotorua teenager was in superb form as she hammered Australia’s Courtney Mather 3-0 in just 18 minutes to set up the tie after Anna Hughes had lost in straight sets to Alexandra Haydon.

When Te-Kani McQueen walked on the court, there was a lot at stake. Another defeat would have seen New Zealand bundled out of their own tournament early. 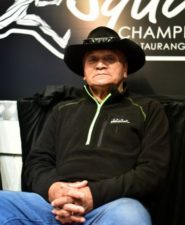 Sitting in the stands were her grandparents and parents – the latter steeped in squash history.

Her father Danny played at the 1982 World Juniors and now coaches Amanda Landers-Murphy, one half of the world champion doubles pairing with Joelle King.

And her mum, Cheryl, was in the New Zealand team in 1987 that finished third at the World Championships in Auckland. Also in that team was her coach, Joanne Williams, Donna Newton (nee Gurran) and a certain Susan Devoy, now a Dame.

It can mean there’s a fair bit of personal pressure on the 18-year-old Te Kani-McQueen but she’s comfortable with the expectations. 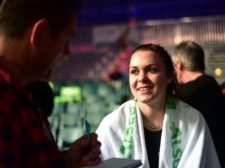 “It makes them proud so it makes me happy,” she said of her parents’ reaction to her on-court success.

Cheryl Te Kani-McQueen admitted it was tough on her daughter at times, with parents who had succeed in squash and now coached.

“Sometimes we can give her too much advice, but we are massively proud of Camden.”

Te Kani-McQueen admitted to a few nerves before she walked on the court with New Zealand down a match.

Williams was delighted with how her old teammate’s daughter responded to the pressure.

“I’m really happy with her. I wanted her to show us her power game and she did that really well.”

Williams was just as pleased with Watts who struggled at times with the pressure of being the New Zealand No1 during the individuals tournament that kicked off the almost two week event. 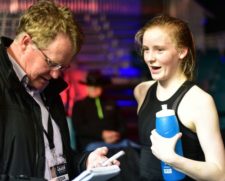 “I’m thrilled with how Kaitlyn played yesterday and today. She had a lot more control and she really delivered with good squash.”

For her part Watts was relieved she’d been able to finish the job for New Zealand.

“There was a little bit of pressure but I was trying not to think about it and just play my own game, which I did.”

New Zealand’s game against Malaysia is at 6.45pm at the Queen Elizabeth Youth Centre in Tauranga. 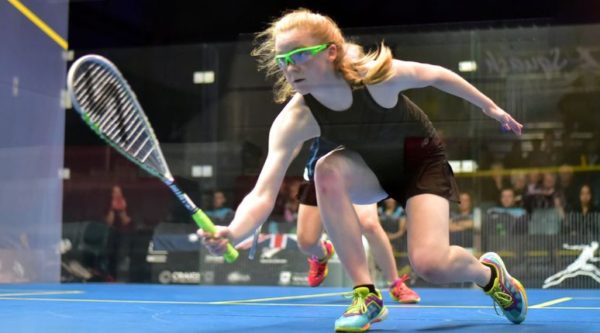