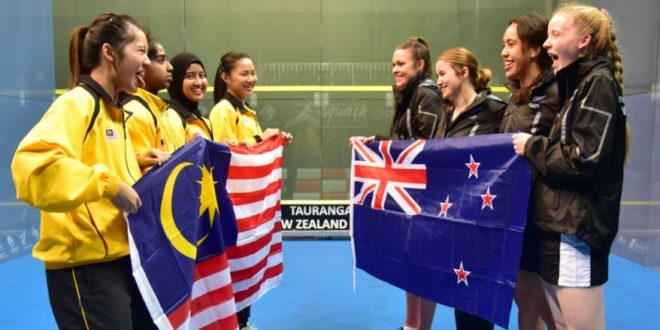 Top seeds through to Team semi-finals in Tauranga

The quarter-finals of the WSF World Junior teams saw the top four seeds progress at the Queen Elizabeth Youth Centr in Tauranga, in contrasting styles. 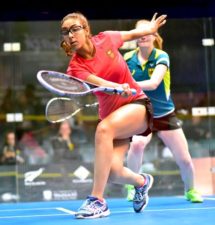 Top seeds Egypt, aiming fo a sixth title in a row, eased past surprise package Germany, the tenth seeds who upset Canada to reach the last eight, with the whole match taking just 35 minutes to complete. 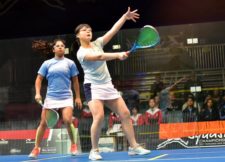 In the semis they’ll face fourth seeds Hong Kong, who had to recover from losing a close opening match to India, Sunayna Kuruvilla delightedly giving the sixth seeds the lead. Hong Kong were never seriously threatened in the next two matches as they went through to their sixth semi-final in the last seven editions.

“We knew the first would be close,” said HK manager Dick Leung. “You can never underestimate India, they’re a strong team now and their number two is very solid.

“Our second player Lui isn’t in top condition, suffering from a bit of flu, so that could have been difficult, but she and Ka Wing played well under pressure.

“We’re delighted to be in the last four, and we’ll just go out and give 120% against Egypt.” 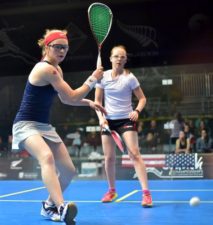 On paper England v USA, third versus fifth seeds, was going to be close and so it proved. Elise Lazarus – despite conceding strokes on the first three points of the match and over a dozen in all – won in straight games to put England ahead.

The Americans levelled after 14-year-old Maria Stefanoni came through in five games against Lucy Turmel, but at theird string England’s Jasmine Hutton dominated. The win secured England a third semi-final in a row, and ended the USA’s run of three consecutive finals.

“The pressure was on us as third seeds and we knew the USa would be strong,” said England coach Lee Drew. “Marina was in great form in the individual tournament so we knew it would be a tough match.

“The Americans are very tough competitors so it was going to be a challenge but that’s why we are here. We can go into the next match against Malaysia or New Zealand with nothing to lose.” 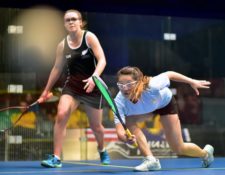 “It always looked like we would face England, and it’s going to be tough, they’re a good team,” said Malysian coach Andrew Cross. “The first match is going to be crucial [tomorrow’s order of play is 3, 1, 2] but we’ll be giving it all to try to make the final.”