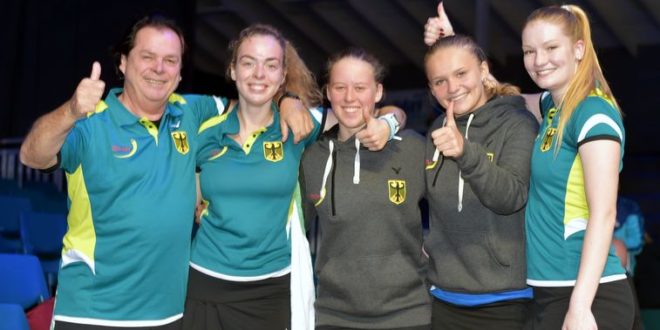 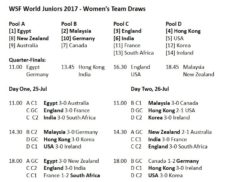 The second day of play in the Women’s Team event saw the quarter-finalists decided, with seven of the top seeds progressing to the playoffs, where they are joined by 10th seeded Germany who upset seventh seeded Canada in the final match of the day.

Read on to see how the pools played out …

Defending champions and hot favourites Egypt enjoyed a day off, having wrapped up Pool A yesterday, but elsewhere there were  some sweaty palms as the last eight emerged. 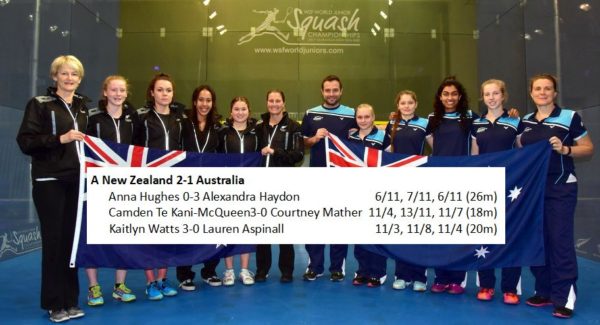 Hosts New Zealand took on  local rivals Australia on the glass court to see who qualified behind the Egyptians, and after the visitors took the opening match the Kiwis struck back to secure their expected quarter-final berth (against Malaysia). 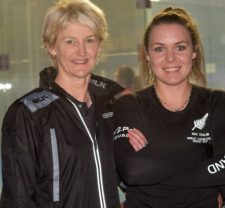 Manager Joanne Williams was pleased with the performances of Kiwi winners Camden Te Kani-McQueen and Kaitlyn Watts: “I’m really happy with Camden. I wanted her to show us her power game and she did that really well.”

“I’m also thrilled with how Kaitlyn played yesterday and today.  She had a lot more control and she really delivered with good squash.”

Second seeds Malaysia, with one win under their belts, grabbed top spot in Pool B as they beat Canada in the morning session, which left the Canadians and Germany to fight it out for second spot later in the day.

England had one foot in the playoffs, having won both their Pool C matches yesterday, a 3-0 win over South Africa,  put them at the top of the group, while India left the French winless to join England in the last eight. 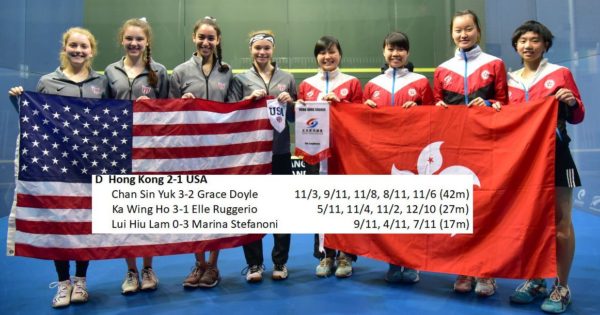 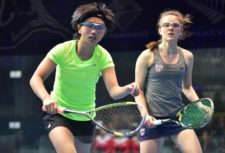 The opening match of the day on the Glass Court was a probable Pool D decider as Hong Kong, seeded four, beat USA – the fifth seeds who have reached the final in the last three editions – to guarantee a top eight place.

“That was a tough match, it could have gone either way,” said a relieved Hong Kong Manager Dick Leung. “Pleased to get through, now we’ll see who we play tomorrow and give it our all, as always.”

In the final rounds of matches Hong Kong and USA beat Ireland and Korea, both 3-0, to wrap up the group. In the quarter-finals USA meet Egypt while Hong Kong take on India.

The final match on the Glass Court produced the upset of the event so far as tenth seeds Germany beat Canada, seeded seven, two-one to reach the last eight for the first time since 2001. 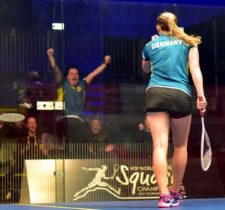 Kacenka Tycova came from a game down to win a close first match, and the reaction of the German manager Rainer Mueller indicated he thought they now had a chance. Nicole Kendall eased through the second match to level for Canada, but in the number one string Germany’s Saskia Beinhard dominated, to the delight of her teammates and manager. 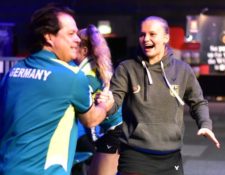 “Very, very happy,” said Mueller. “At the beginning we never thought we would qualify, but I’m very proud of the team. When we won the first match I knew we had a chance, especially with Saskia at number one. She still had to do it though, and she played unbelievably well!

“We play Egypt now, which will be difficult, but we’ll enjoy tonight’s success and see what happens tomorrow!

As usual you can follow the action on the LIVE STREAM, keep up to date on out TWITTER FEED, and we’ll have results and a roundup here on Today when it’s all over .. 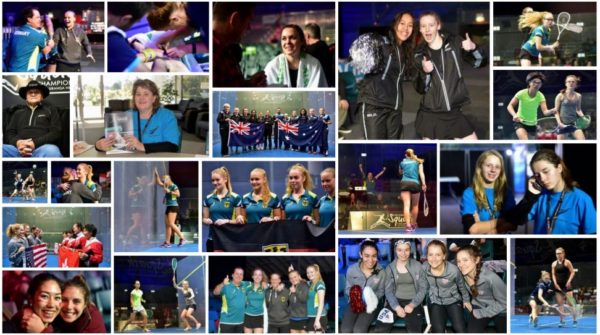