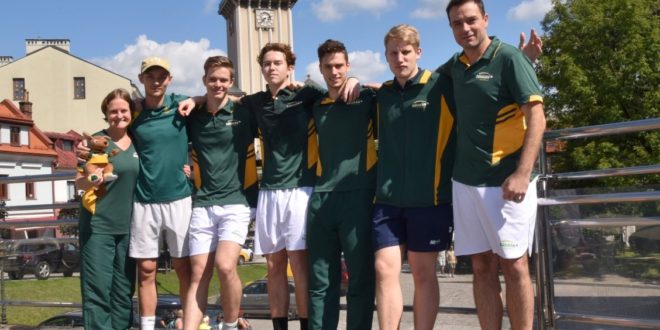 Australia ready for the World Juniors

Australia, the first champions, together with Canada, England, Germany, USA and New Zealand have battled in all 16 previous events – sharing eight titles between them.

A total of 14 nations will take part in the 2017 team championship – with seven-time champions Egypt, who began their women’s world junior team campaign in 1993, bidding to defend their 2015 title.

The team that will represent Australia in the women’s team championships and individuals are; Alex Haydon, Lauren Aspinall, Shehana Vithana and Courtney Mather. Grace Pattison and Jessica Osborne will play in the individual championships.

Australia will be represented in the men’s individual championship by Will Curtis, Lachlan Coxsedge, Nicholas Calvert, Maaz Khatri, Jacob Ford and Ethan Eyles .

Paul Price and Kay Kendall are the team coaches.

“I’m looking forward to building on our performance in 2016 and inspire these players to achieve their goals,” said Price (far right on the photos).