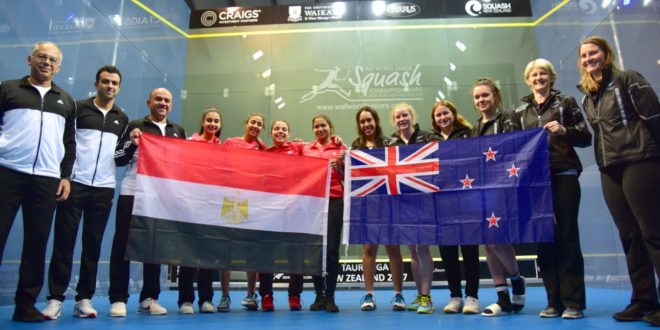 With the Individual Champions crowned, it was on to the Women’s Team event, and today was the first of two days of Pool matches which would determine the quarter-finalists, both days featuring three sessions of three matches, one at QEYS and two at Devoy Squash.

Egypt clinch Pool A,
England in charge in Pool C

Top seeds and defending champions Egypt wrapped up three-team Pool A with 3-0 wins over first Australia and then hosts New Zealand, leaving the antipodean rivals to battle it out tomorrow for a quarter-final place. 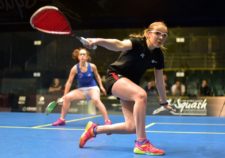 Hong Kong and USA recorded opening wins, 3-0 over Korea and Ireland, and they meet each other tomorrow morning in a match which should decide the top positions in Pool D. 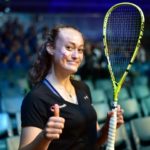 In Pool C favourites Egypt and India opened up with 3-0 wins over France and South Africa, and met in the evening to settle the finishing order with England emerging 3-0 winners to all but secure a favourable quarter-final draw. South Africa, seeded 13, produced the only seeding upset of the day as they beat 11th seeds France 2-1.

As usual you can follow the action on the LIVE STREAM, keep up to date on out TWITTER FEED, and we’ll have results and a roundup here on Today when it’s all over .. 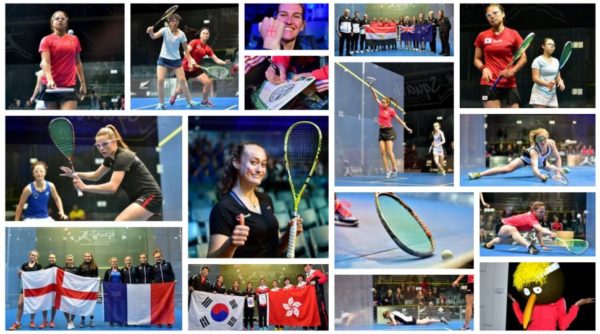