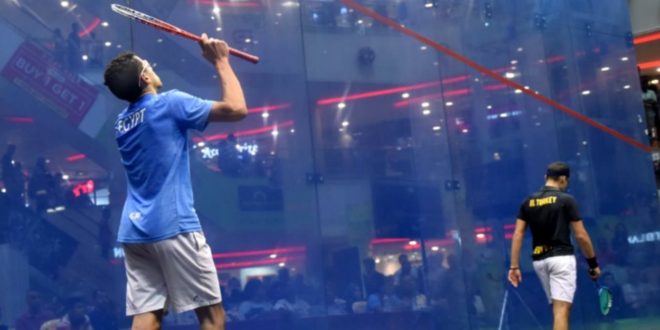 Day Five : Semi-Finals at the Mall

Top seeds through to two all-Egyptian finals in Chennai

The top seeds in the Men’s and the Women’s events will contest the finals of the WSF World Juniors after today’s semi-finals at the Express Avenue Shopping Mall in Chennai produced four Egyptian winners.

Men’s defending champion Marwan Tarek was fully tested in “the longest match of my life” by compatriot Omar El Torkey, the top seed looking on his way out at 8-4 down in the decider before scoring seven points in a row to return to the final. 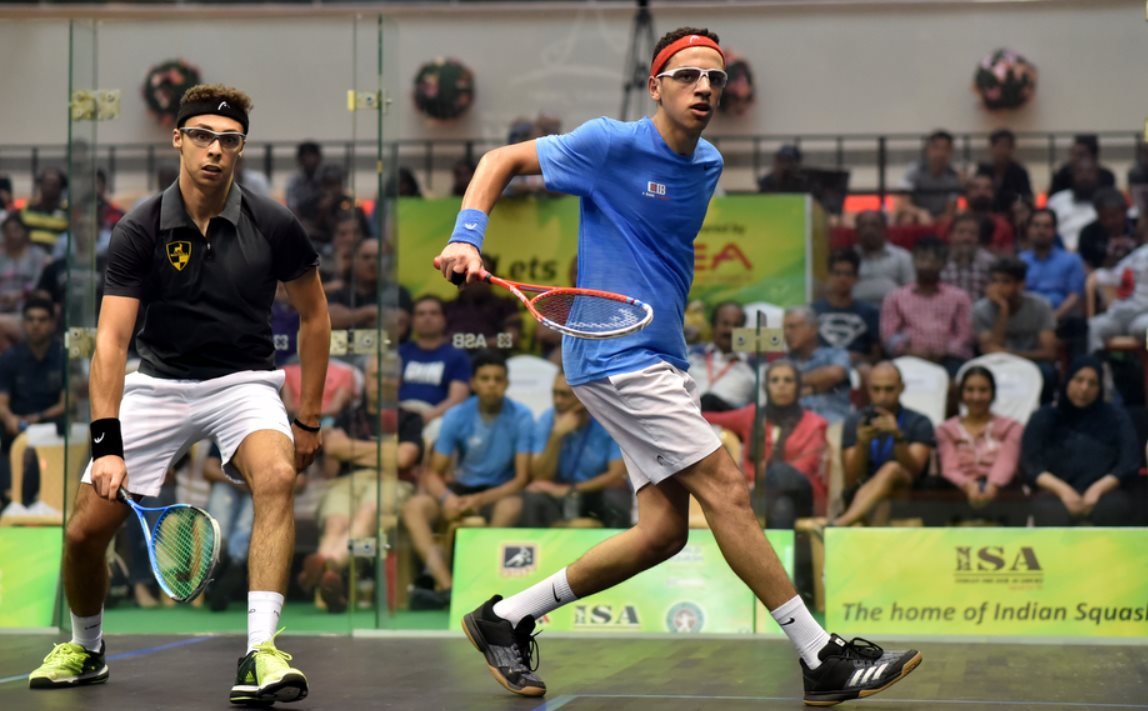 The match lasted a marathon 92 minutes – not including a 25-minute break early in the first while court lights were repaired – as they traded the first four games before the tense ending.

“I was three points from going out of the tournament,” said Marwan. “It was long and tough but I don’t regret that, it’s the semifinals of the World Juniors.

“I felt he got a bit tired early in the fifth but he still went ahead. I started thinking about anything but the match and took it point by point. It feels good to have survided that and reach the final again, I hope I’ll play a good match tomorrow, let’s see how it goes …”

Second seed Mostafa Asal had the highest PSA ranking of those here -partly because he’s played more tournaments – but that experience in the senior ranks seems to be paying off as he too registered another three-nil win, over 3/4 seed Mostafa El Serty. None of the games were easy, but Asal rarely looked in trouble. 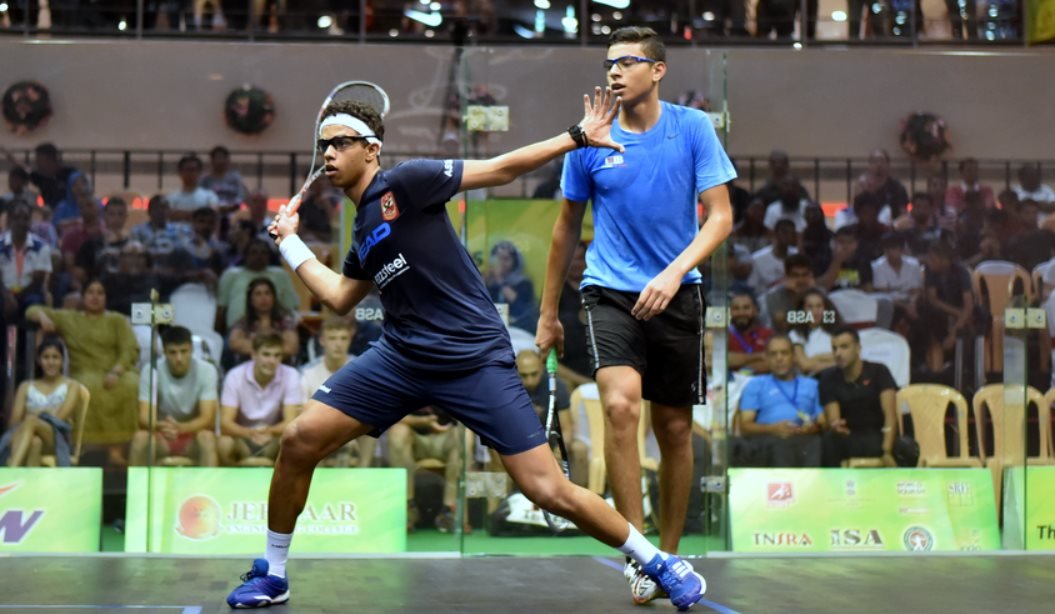 “I felt comfortable today,” said Asal. “It wasn’t easy but I never felt in real danger. I won the Egyptian U17 and U19 titles with 3-0 wins all through so it’s nice to keep that going!

Women’s defending champion and top seed Rowan Elaraby continued her run of straight-game wins, but as in previous matches this wasn’t a simple three-nil. 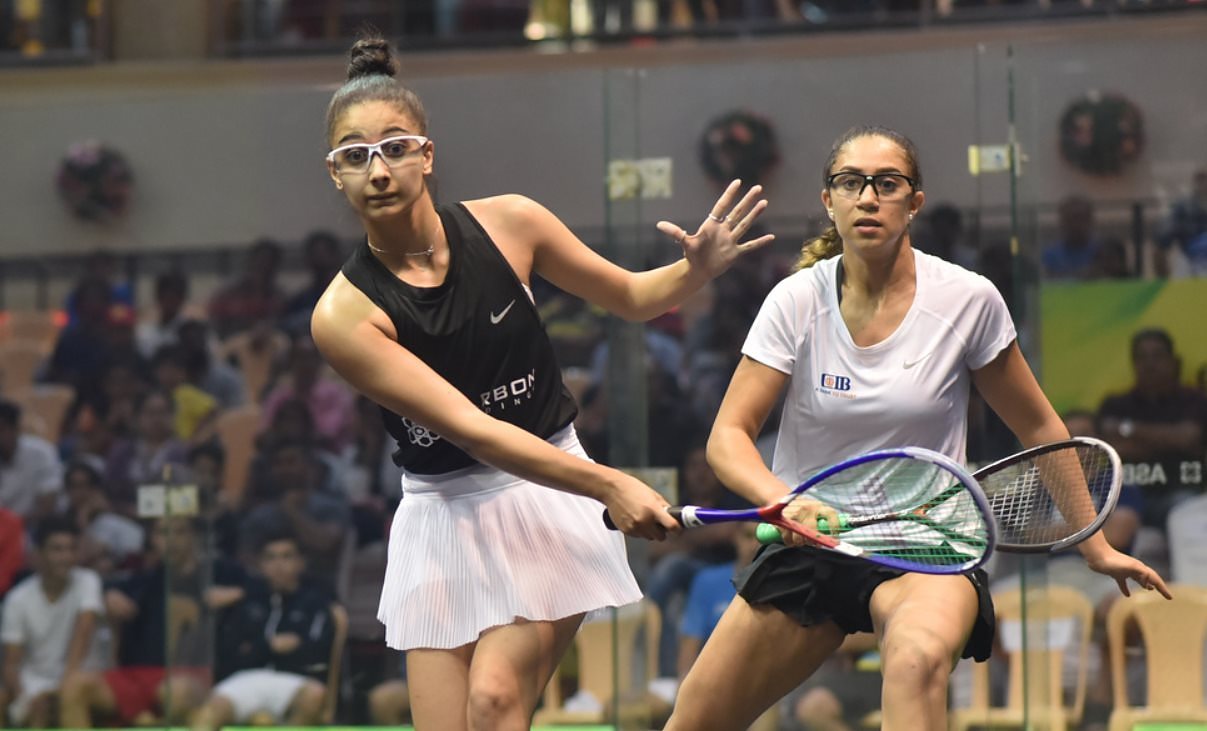 Jana Shiha led early in the first before Elaraby stamped her authority to take the lead, and led in the second too before Elaraby once again accelerated to take a 10-7 lead. Shiha saved those game balls, had one of her own, but couldn’t stop Elaraby doubling her lead. 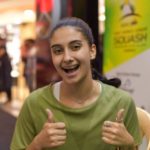 The third was more comfortable as Elaraby eased into her third WJ final in a row.

“It’s always the second game,” said Rowan. “I had no pressure in the first, but I started to feel it in the second. I wanted to win that one, I didn’t want a long match if I was to get to the final.

“I was so happy to win that second, it took the pressure off. I’m pleased to make my third WJ final, and obviously hoping to keep the title.”

The last semifinal featured the only non-Egyptian player of the day, and England’s Lucy Turmell hinted at an upset as she levelled the match at one-all against second seed Hania El Hammamy. The World #20 quickly slammed the door on that possibility as she took the last two games comfortably to reach her second final in a row. 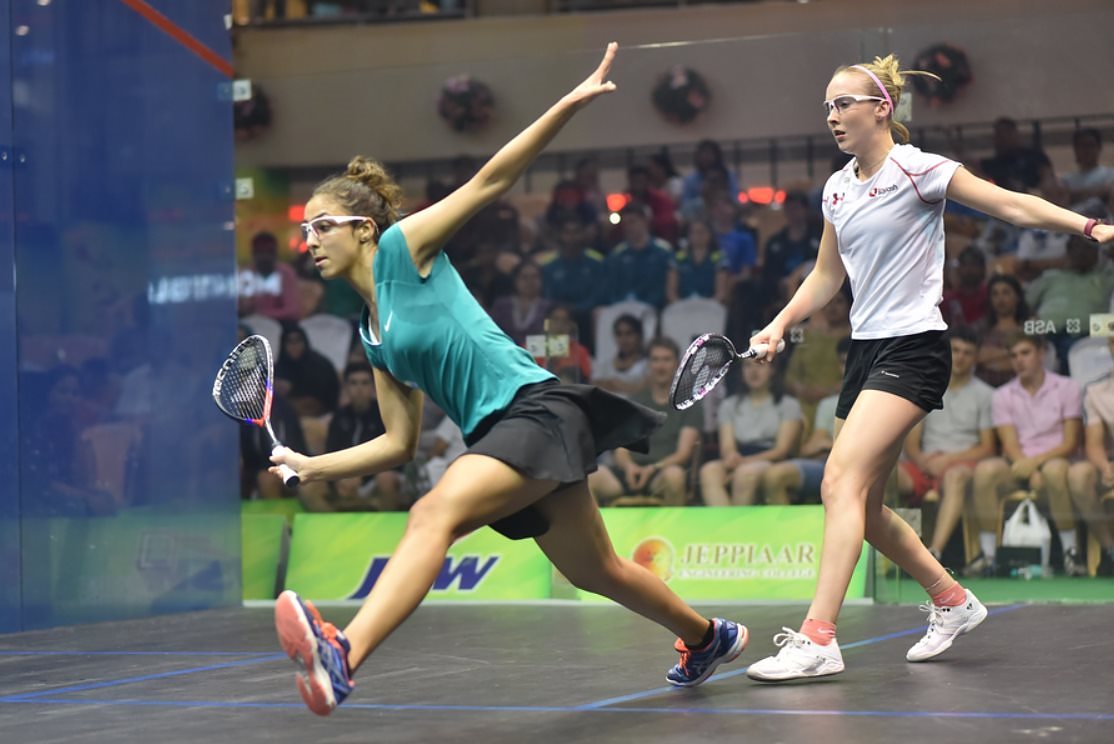 “So happy to be in the final again,” said Hania. “I’m really enjoying the atmosphere in the Mall, and I’m really looking forward to a good match against Rowan tomorrow.” 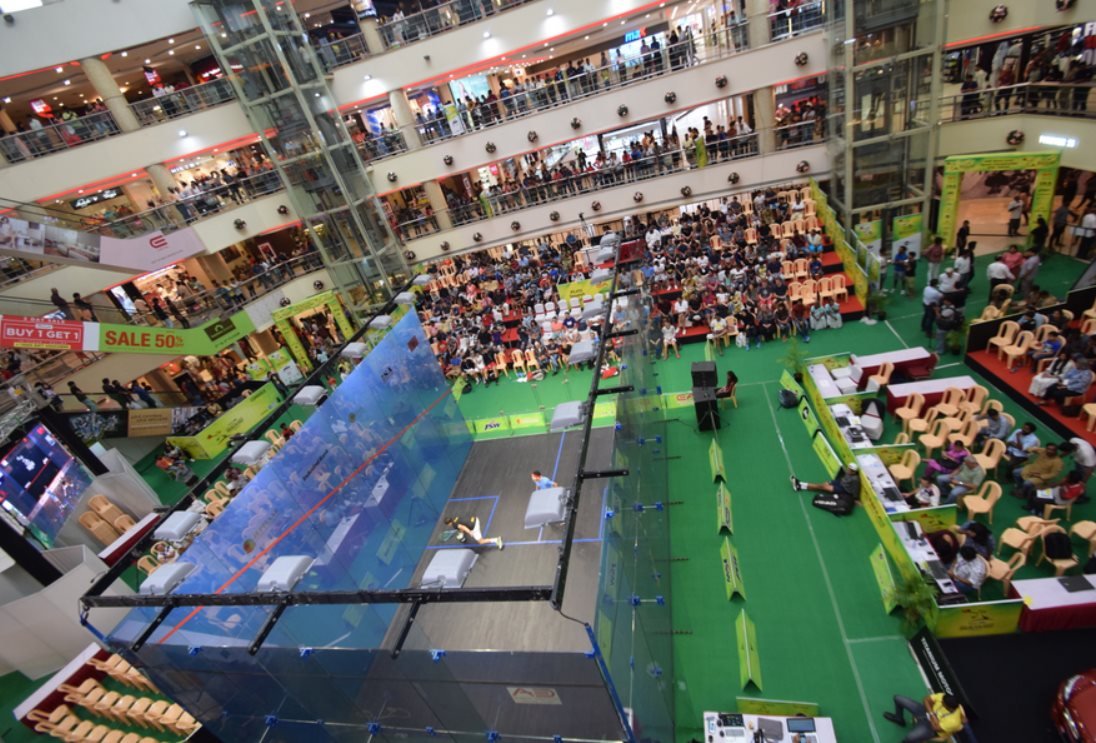 Share
Previous Day FOUR : Quarter-Finals at the Mall
Next 2018 FINALS: Reda and Assal in Egyptian Double