Another Egyptian Double was already assured, in the event we had one repeat and one new champion as Rowan Elaraby and Mostafa Asal claimed the titles in Chennai. 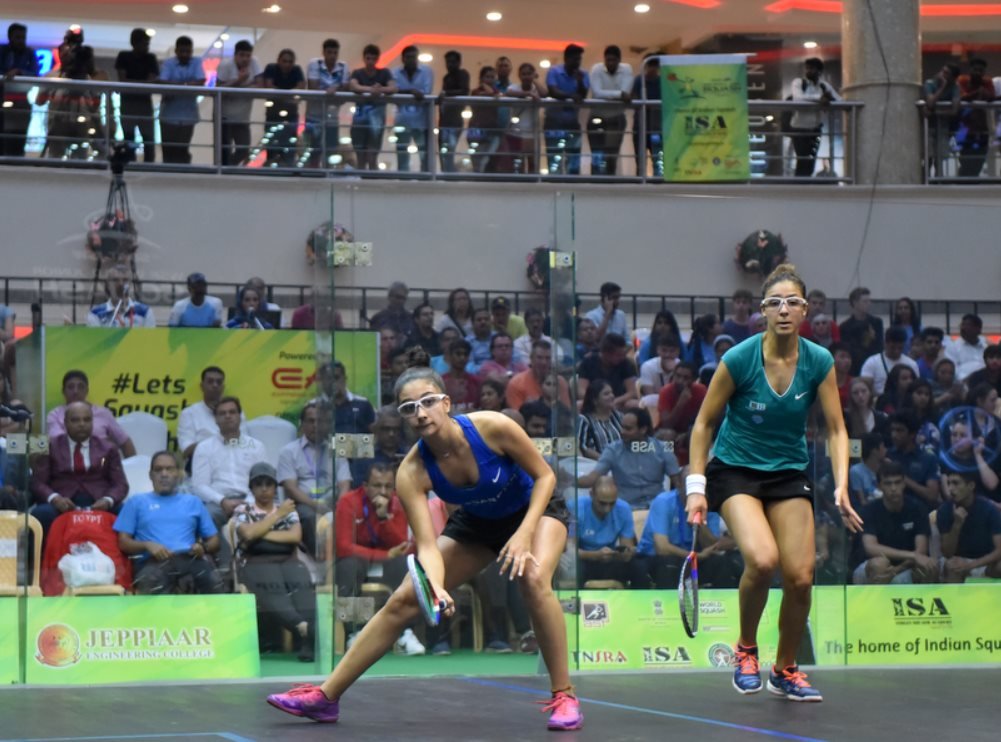 Rowan Elaraby and Hania El Hammamy met in a repeat of their 2016 semifinal and 2017 final – both won by Rowan – and it was the defending champion who got off to a flying start, pulling away to take the first 11-4. Hania held the lead for much of the second, but Rowan finished the stronger to double her advantage 11-9.

Rowan moved steadily ahead in the third, leading 8-4 and then garnered four championship balls at 10-6. Hania played patiently to win two of them, two errors from Rowan and it was cialis extra points. Another error and a stroke to Hania and we were into a fourth.

Rowan led to midgame, then Hania pulled away to lead 9-7. Now it was Rowan’s turn to recover, and this time she only needed one chance as Hania’s ball flew out of court and Rowan was still the champion. 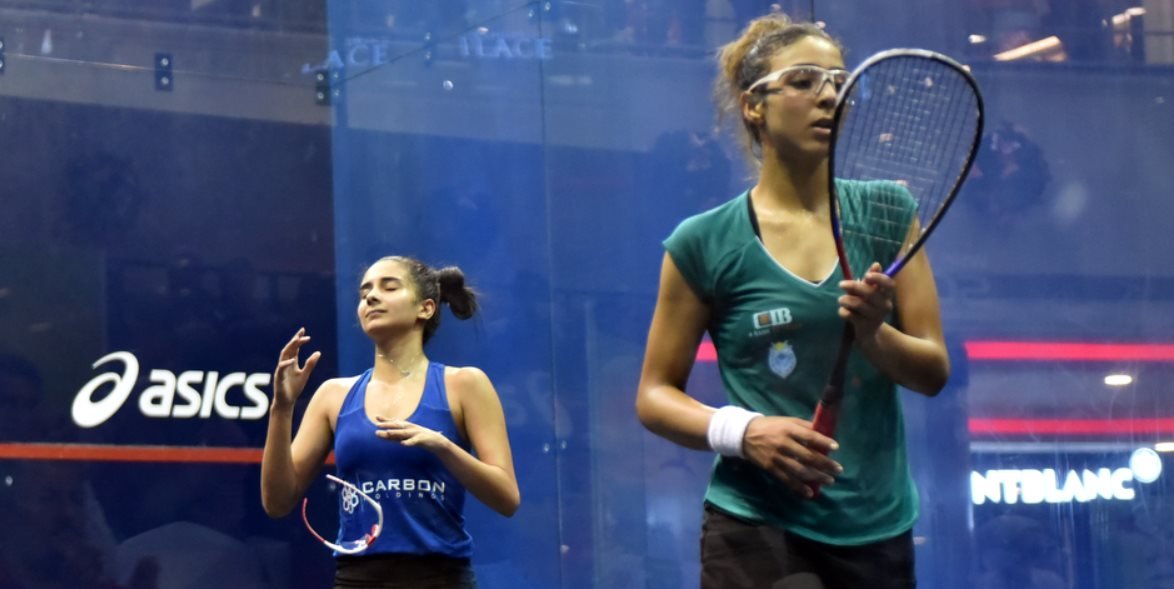 “It feels amazing,” said Rowan, “I’m so happy ! That was my last World Juiniors and if I hadn’t won I know I would have been so sad.

“When I got four match balls in the third I started thinking about my birthday, about celebrating with my friends, I just freaked out and went completely out of the court.

“I knew I had to get back to my game plan and concentrate all the way in the fourth. I almost lost that too, at 9-7 down, I fought really hard to try to make it not go to five.

“Looking at the players who have won it twice, Nicol, Ramy, Raneem, Nour, Marwan, and especially Mohamed, he’s my role model, I cant thank him enough, he’s helped me so much and is always there for me.

“That may be my last junior match, it depends on the British next year, but if it is my last I’m happy to finish with that one!” 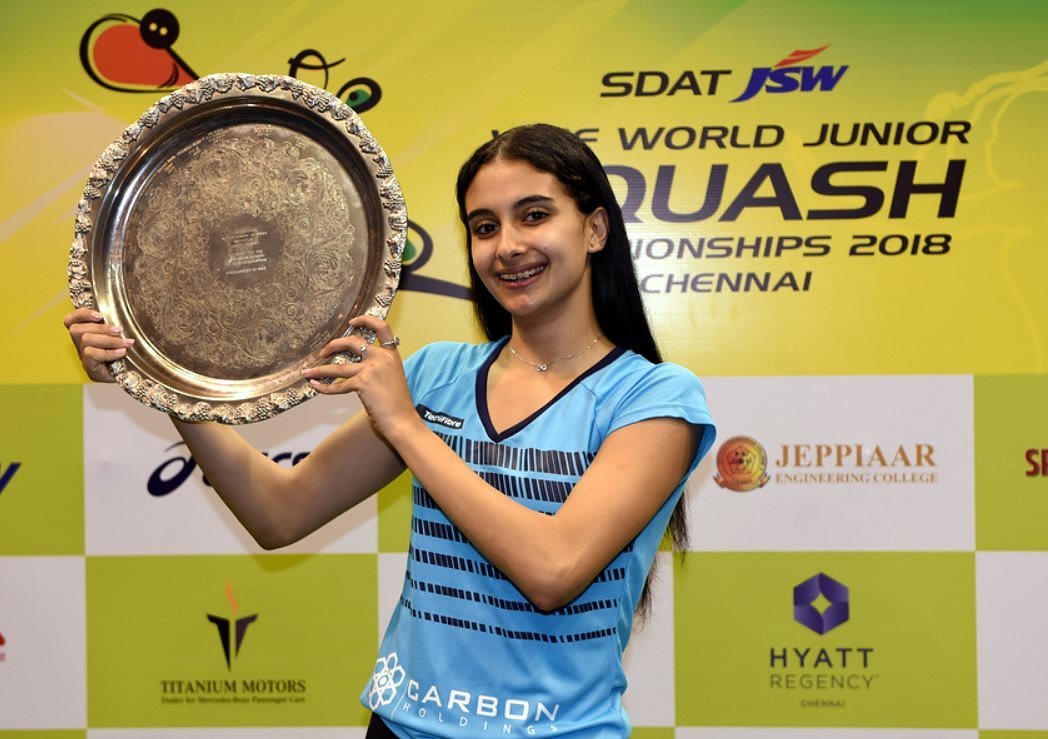 The men’s final also featured the defending champion, Marwan Tarek taking on second seed Mostafa Asal, who had gone out in last year’s quarters but after winning a trio of PSA tournaments and the Egyptian National junior titles (U17 and U19) came in as the highest-ranked player and probably the favourite. 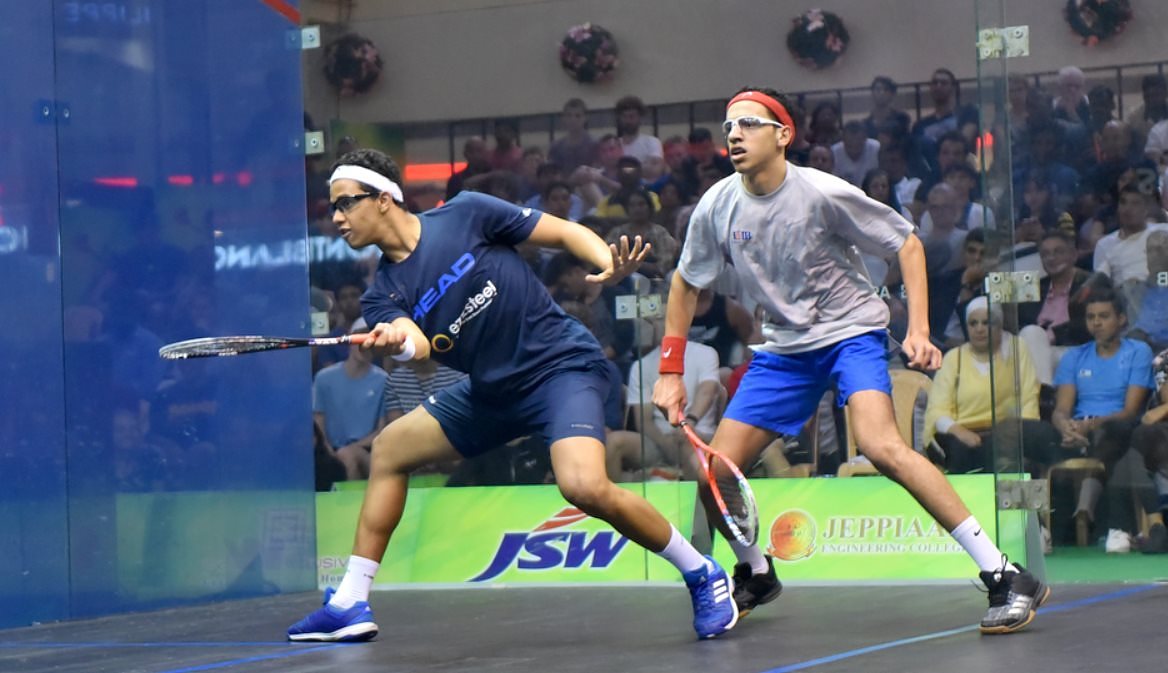 It looked that way in the first as Mostafa led throughout to take the lead 11-7. The second was closer, and it was Tarek who moved ahead in the later stages, but couldn’t convert his two game balls as Mostafa took it 13-11.

The third was all Mostafa and with a quick 11-4 a new World Junior Champion was crowned.

“I went into the match with confidence knowing I’d won in Egypt, but I really had to fight hard in the second to keep the momentum going.

“Thanks to Marwan for all the battles we had in Egypt, and I hope he has a great time in Harvard, we’ll miss him and he’ll miss us in Egypt! Thanks also to my coaches and family, and everyone who’s supported me, and especially Shaza Tamer.”

“On to the teams now, let’s hope we can get that title back for Egypt.” 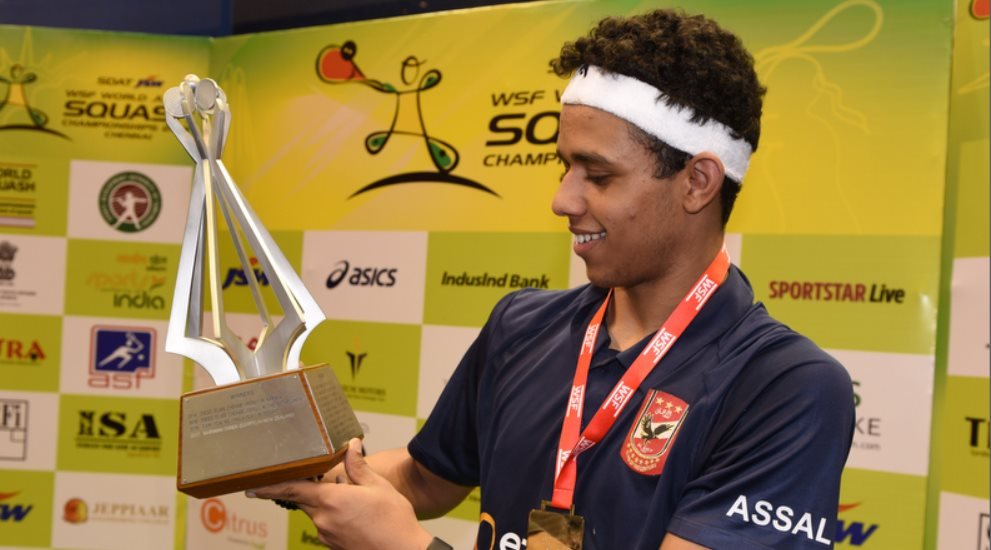 The Men’s team event starts tomorrow with two days of Pool matches before the knockout stage. 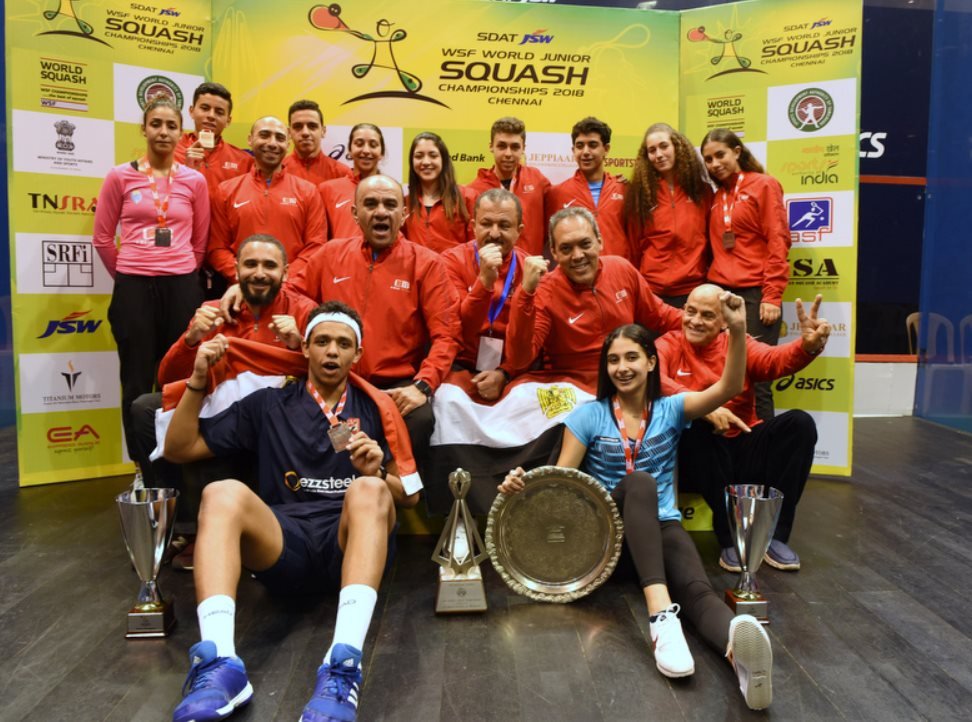 Previous Day Five : Semi-Finals at the Mall
Next Teams Day One