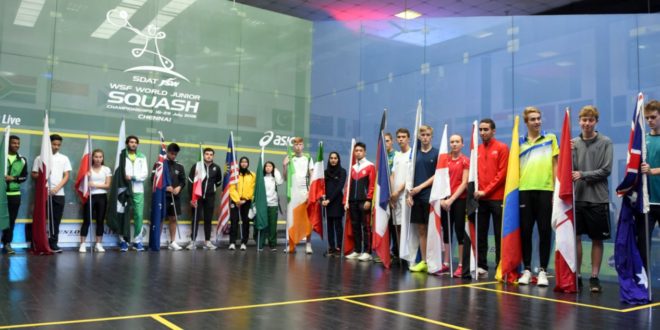 The world junior squash championship was formally declared open by the Tamil Nadu Minister for Youth Welfare and Sports Development, Mr P. Balakrishna Reddy at a colourful function at the Indian Squash Academy here on Tuesday. The matches get underway on Wednesday. 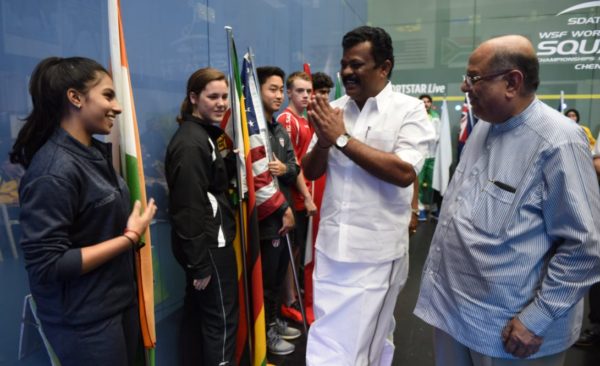 Members from the 28 teams, including host India, marked for participation in this championship were present for the neatly organised function. Flag bearers of the representing countries came in to the arena amidst cheers all around and gathered into a colourful bunch within the centre court. As always the host team, whose flagbearer was Ashita Bhengra, received the biggest applause.

The Minister Mr Balakrishnan underlined the big role that the government had been doing for the promotion of sports in the state. He mentioned the name of former Chief Minister late J. Jayalalitha and her keen interest in sports development while adding that the present government was fully behind all the ideals that she had stood for.

Ever since the establishing of modern infrastructure in the wake of the 1995 SAF Games, he said, the State had seen a surge in the performances of athletes in various sports. 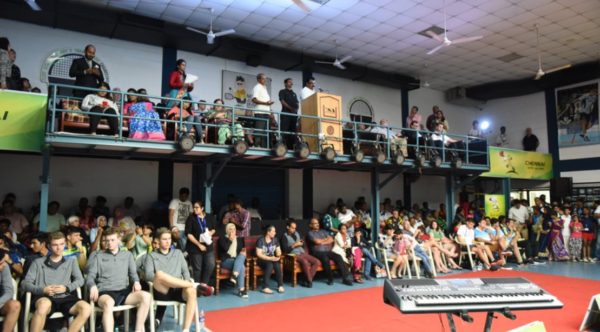 The government had also provided several crores of rupees in sports incentives to the best performers. The Minister said he was happy that Tamil Nadu was in the forefront in the sport of squash and specially mentioned the role of State’s squash players Saurav Ghosal, Joshna Chinappa and Dipika Pallikal Karthik in the main in bringing laurels to the country.

Referring to the Current World championship, Mr Balakrishnan congratulated Mr N. Ramachandran, President, Tamil Nadu Squash Rackets Association and his team for the good work done for the successful conduct of the event.

Earlier Mr Ramachandran thanked the Government and the Chief Minister in particular for being very supportive in all the major ventures of the Squash Association, including the current World championship.

Also to speak on the occasion was Mr Dheeraj Kumar, Principal Secretar, Ministry of Youth Welfare and Sports Development. The Championship Director, Mr Cyrus Poncha proposed a vote of thanks. 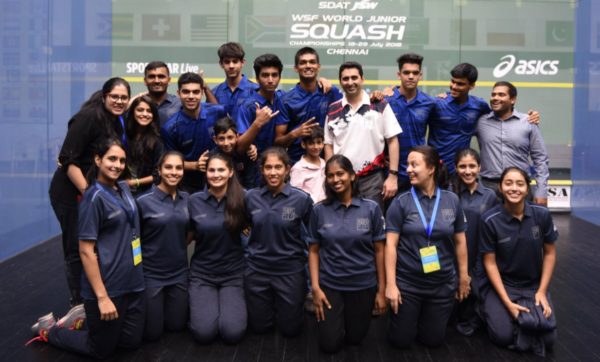 Another highlight of the evening was a brief phase of music and dance to symbolise a blend of tradition and modernity that set alight the arena even as colour lights ran riot. All in all it was an evening that the good gathering in good cheer. 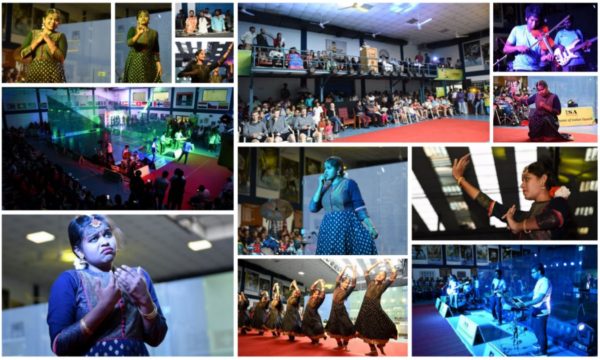 Previous Ready for the off
Next Day ONE : Early Men’s Rounds