Semi-finals day of the WSF World Junior Teams in Chennai saw both favoured teams make their way to the final with something to spare against opponents who simply weren’t given the opportunity to repeat yesterday’s emotional upsets. 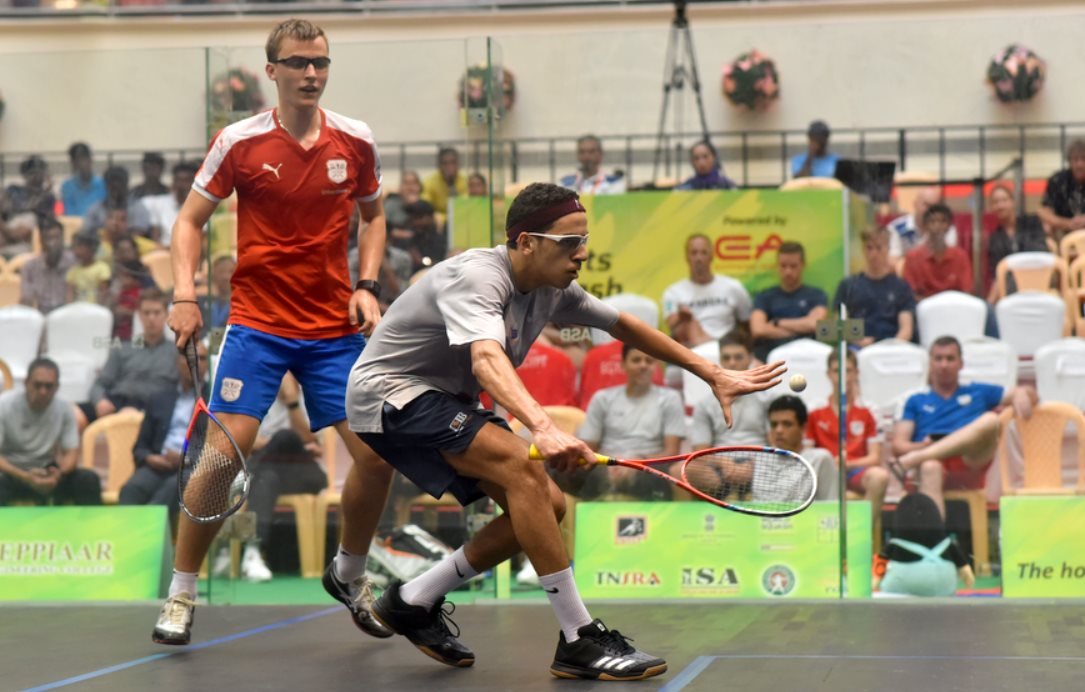 Top seeds Egypt made it through to their eighth men’s team final in a row as individual finalists Marwan Tarek and Mostafa Asal despatched their Czech opponents – playing in the teams event for only the second time after their 2008 debut – in under half an hour, the Egyptians’ dominance growing as the matches went on.

“We’re very pleased to be in the final,” said Egyptian coach Ahmed Matany, “the players are very disciplined and are working hard.

“I’m very proud of this generation, they all have the talent and the potential to become the next generation of senior champions, but for now we have to concentrate on winning this title it would be our first back-to-back treble [after the girls’ last year] so it’s very important to keep our focus on the coming final.”

Third seeds England also continued their impressive progress as they made quick work of a USA team that recovered from the brink of defeat yesterday to beat second seeds Canada. There was to be no recovery this time, as Nick Wall and James Wyatt both won in comfortable, undramatic straight games, putting five time champions England into their first final since 2002, also here in Chennai. 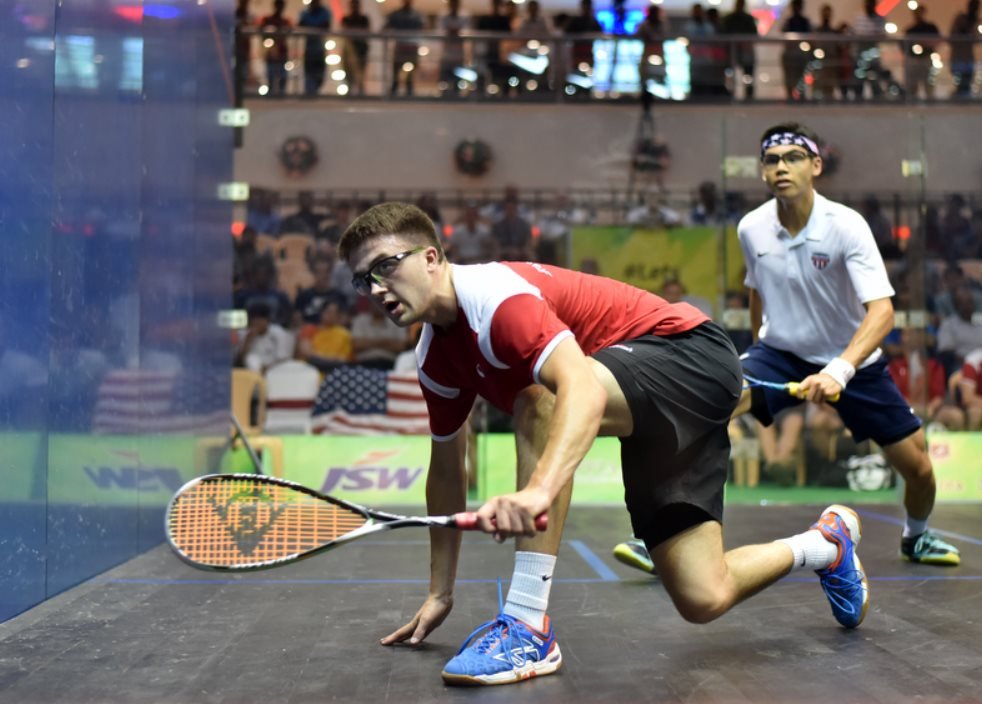 “I’m happy with how everyone played, again,” said England coach Lee Drew. “They played well tonight and the team spirit has been brilliant throughout. So many teams are so close, we’ve talked about how important it is to do the right thing on the day and to keep concentrating throughout the entire match, and we’ve managed to do that very well every match so far.

“Everyone is very relaxed, they’re a great bunch of players to work with and they deserve the chance to give it a real go against Egypt tomorrow.” 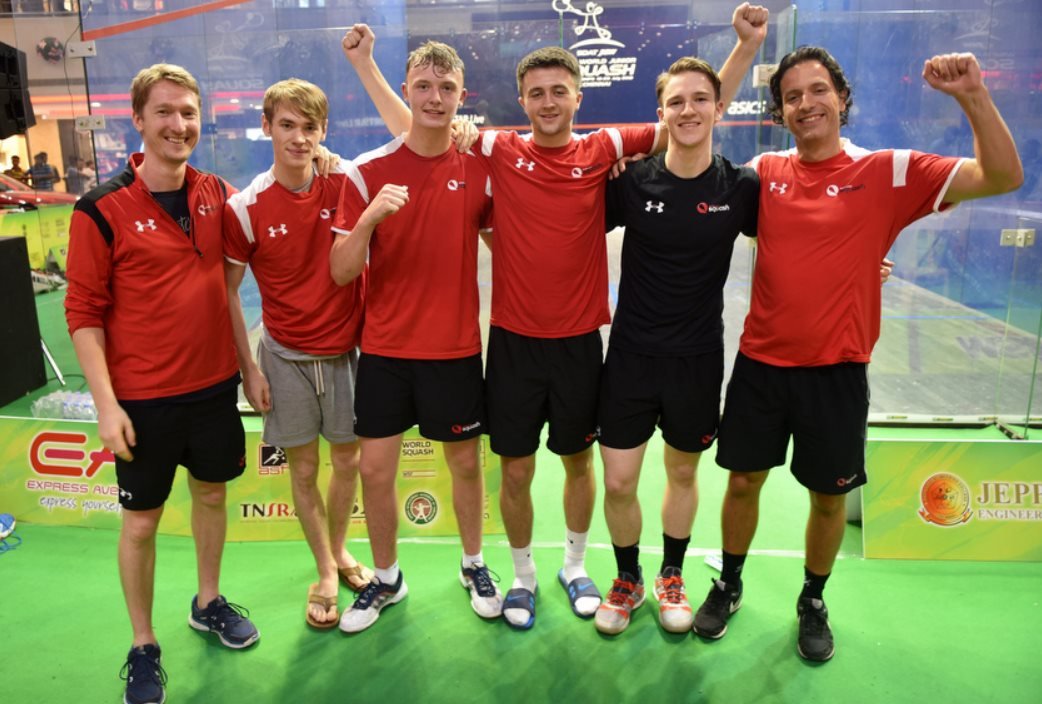 In the playoff semi-finals New Zealand won another dramatic match in the 9/12 places to beat hosts India, while Canada recovered from yesterday’s disappointment to see off Pakistan in the 5/8 semis.

Tomorrow sees matches for all places from 5th to 24th at the ISA, concluding with the final at Express Avenue Mall.