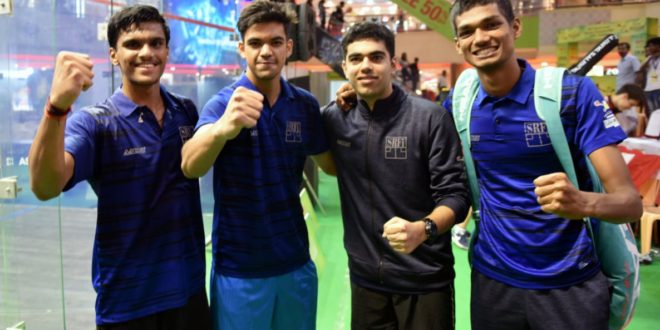 With the Individual Champions crowned, it was on to the Men’s Team event, with the first of two days of Pool matches. There are eight pools of three with the top two in each going through to the last sixteen playoffs

While most of the higher seeds recorded comfortable wins on day one, with Egypt, England and India wrapping up their groups with two victories, it was far from easy for the home team, who had to fight back from 1-2 down in the deciding match to deny Switzerland a big upset.

Heavy favourites Egypt, fielding a team consisting of the four individual semifinalists, breezed past Singapore and Australia to pin themselves to the top of the knockout draw. 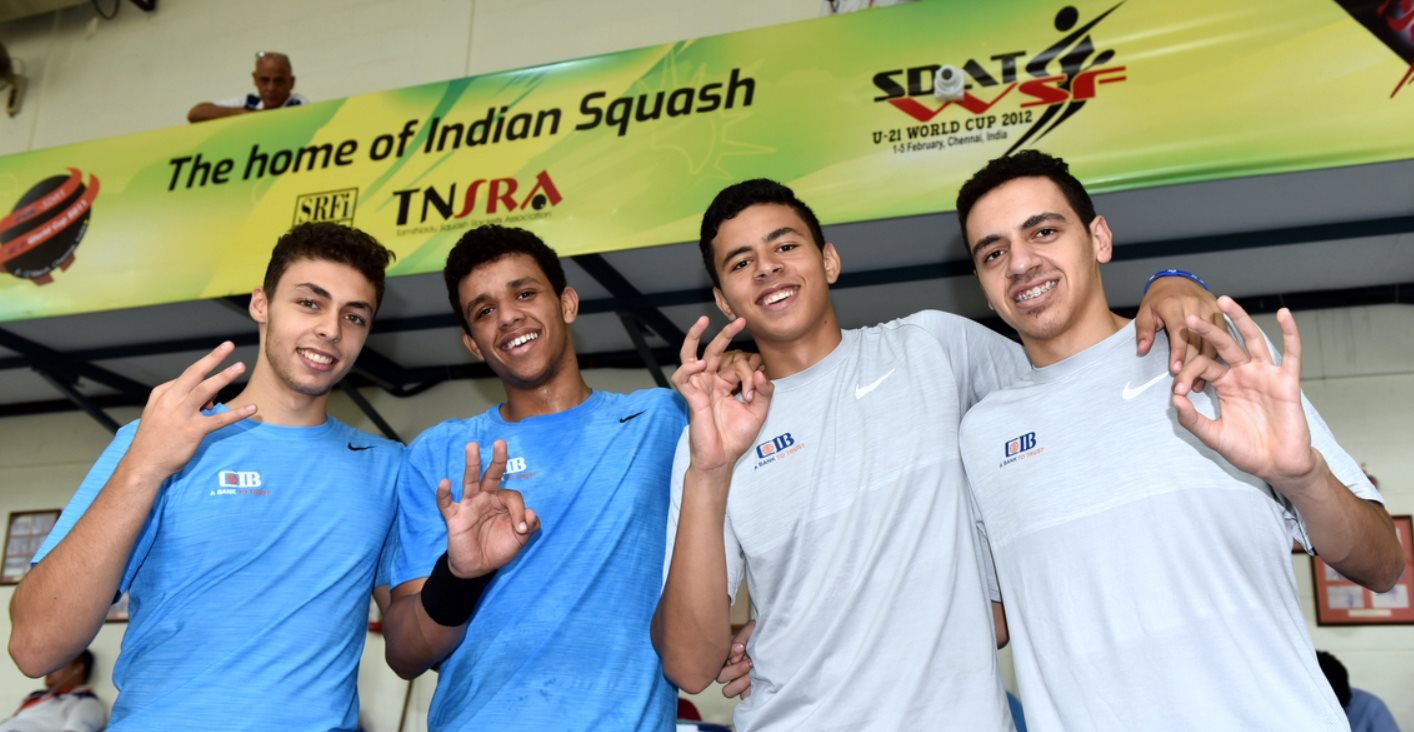 The only seeding upset of the day saw New Zealand beat 7th seeds Colombia 2-1 to put themselves in pole position in Group G, the South Americans taking the first two matches in five to seal the win. 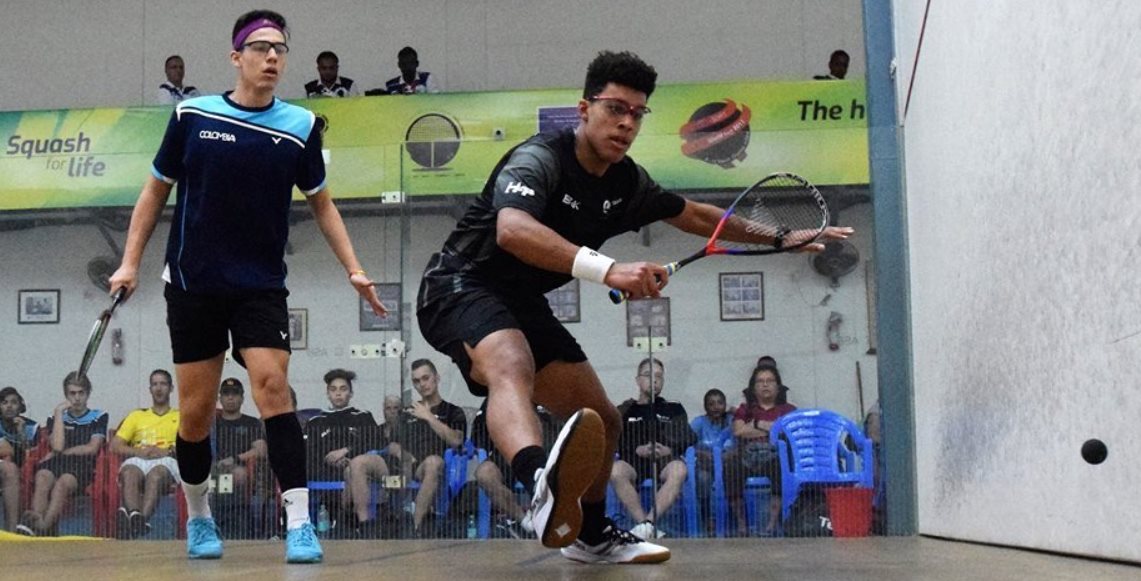 South Africa hinted at an upset as they took the opening match against England, but the 3rd seeds recovered to win and then beat Ireland 3-0 to seal top spot in Pool C.

The biggest drama of the day came in the evening at the Express Avenue Mall as fifth seeds India, having despatched Saudi Arabia earlier in the day, took on Switzerland aiming to wrap up Group E. The home side took the lead, although Utkarsh Baheti had to recover from 4-8 down in the fourth to prevent a fifth, but the Swiss levelled as Nils Roach won in four. 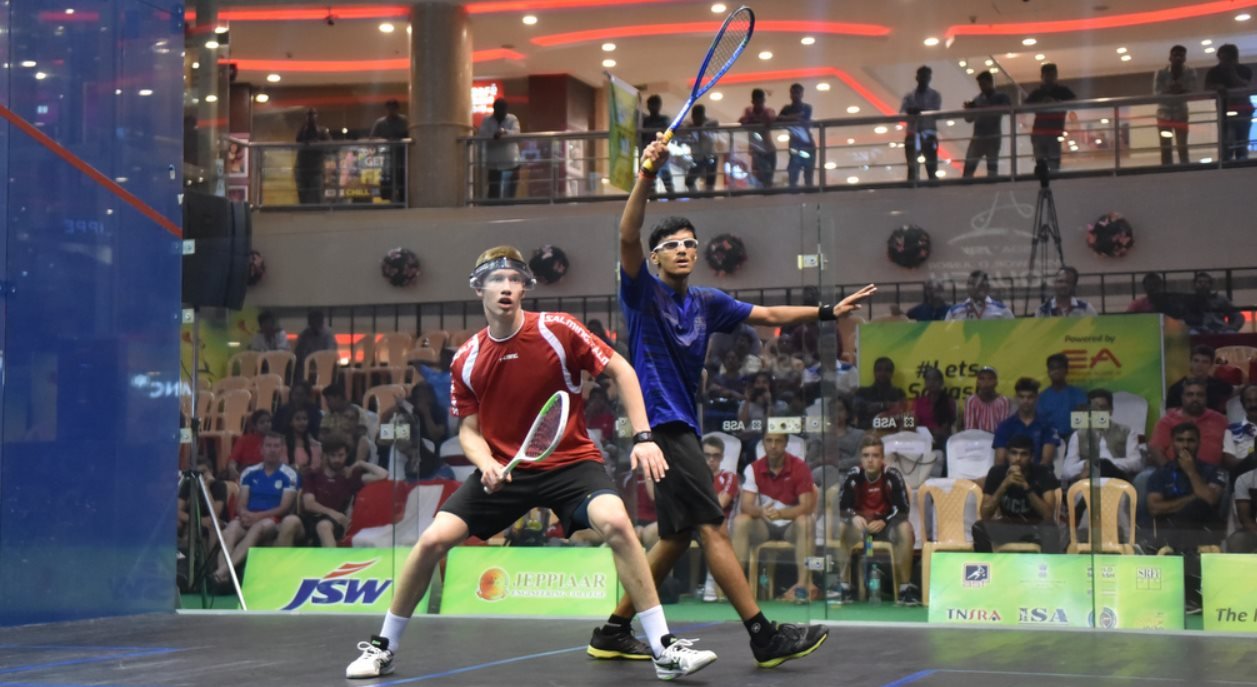 In the decider between the number ones Yash Fadte took the lead but Yannick Wilhemi stormed back to lead 2-1 and looked the likely winner. Urged on by the home crowd, Yash upped his game and Wilhemi looked to be the one feeling the pressure. Home victory looked certain as Yash led 7-2 in the fifth, but the Swiss closed the gap, getting to 8-9 but ultimately falling just short as the home crowd erupted.

“That was so tense,” said the Indian team later. “In the end it came down to Yash’s fitness and determination, and the crowd probably helped too!” 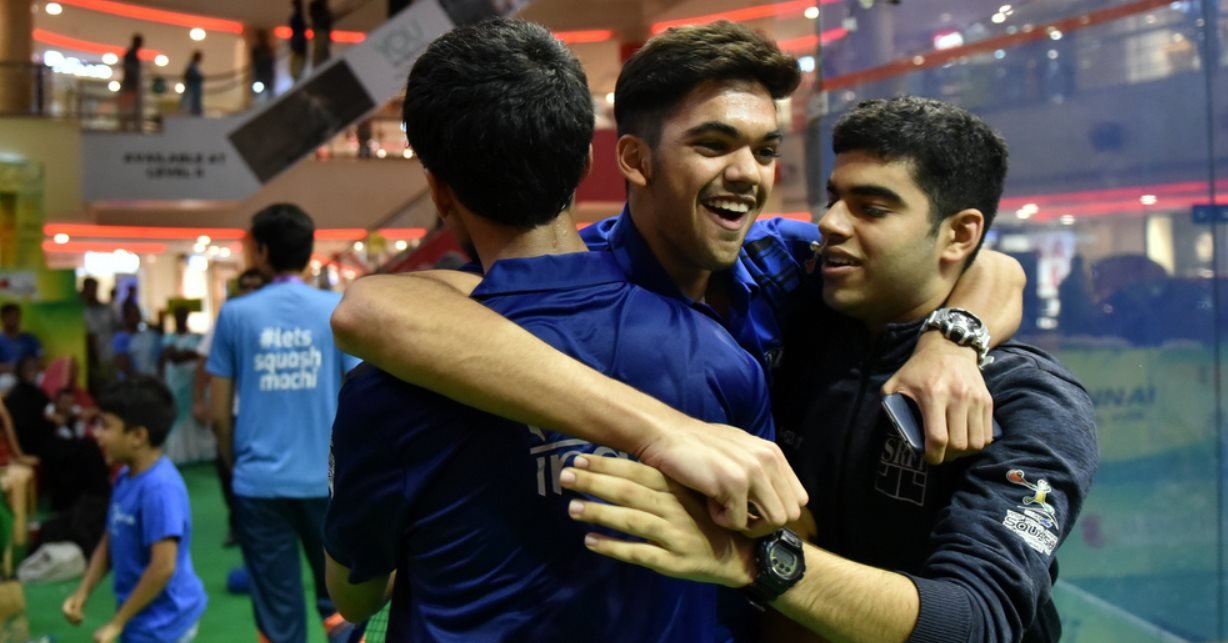 Day Two sees the conclusion of the Pool stages with the knockout draw to be decided. 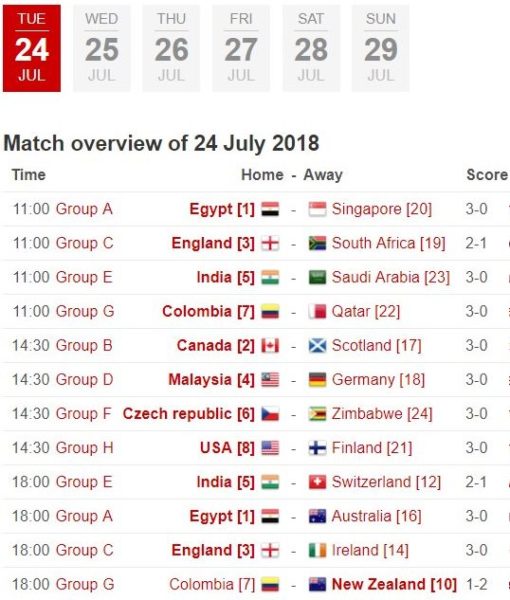