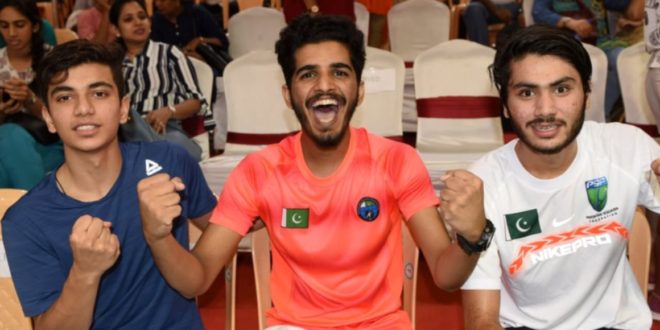 Pakistan stun hosts India as the Quarter-Finals are decided

After two days of Pool matches it was on to the playoff stages in Chennai with eight quarter-final spots to be decided by matxches at the ISA and Express Avenue Mall. 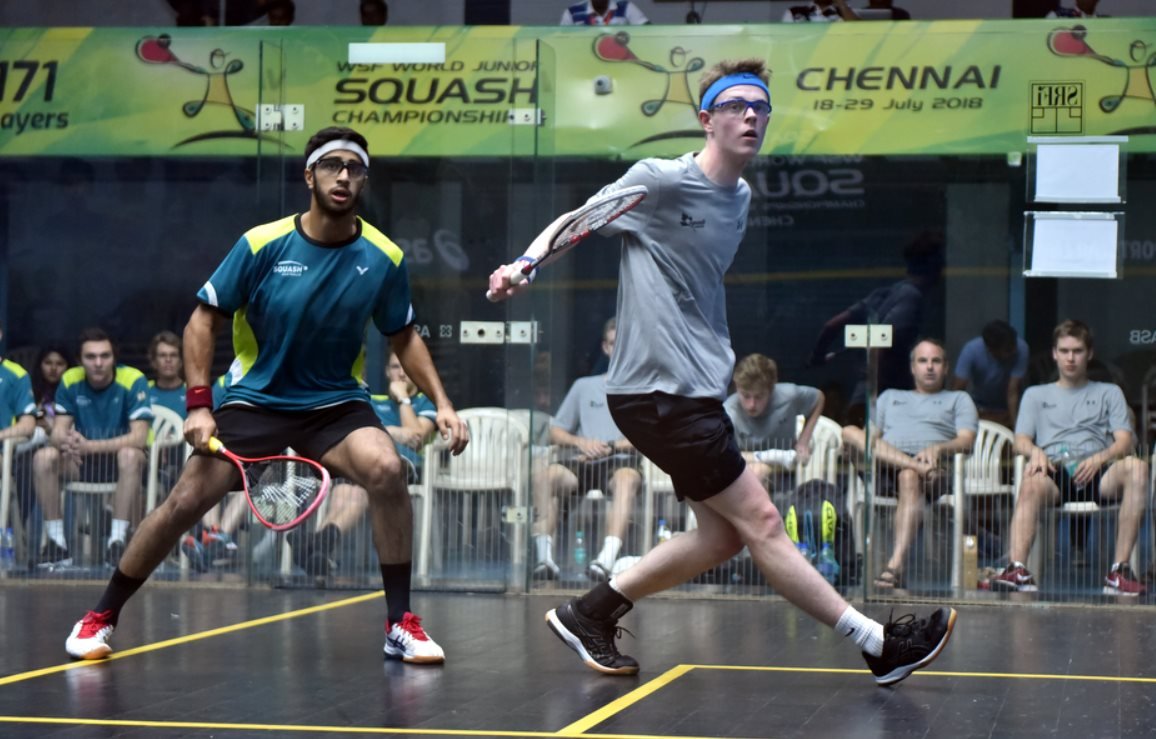 In the morning session at ISA second seeds Canada were relatively untroubled against Australia despite the first match going the distance. Fourth seeds Malaysia beat Ireland 2-0 but Duncan Yung Yi and Darren Rahul Pragasam both had close 3-1 wins, the first being especially physical.

Hong Kong, having beate USA to claim top spot in their group, claimed another scalp as they beat 7th seeds Colombia in a tense affair. After the first two matches were shared Hon Kong’s Ho Ka Jei seemed to be coasting to victory, but a spirited comeback from Luis Alejandro Mancilla saw the Colombian, spurred on by passionate teammates, put his team on the verge of the quarter-finals with a 10-7 lead in the fifth. 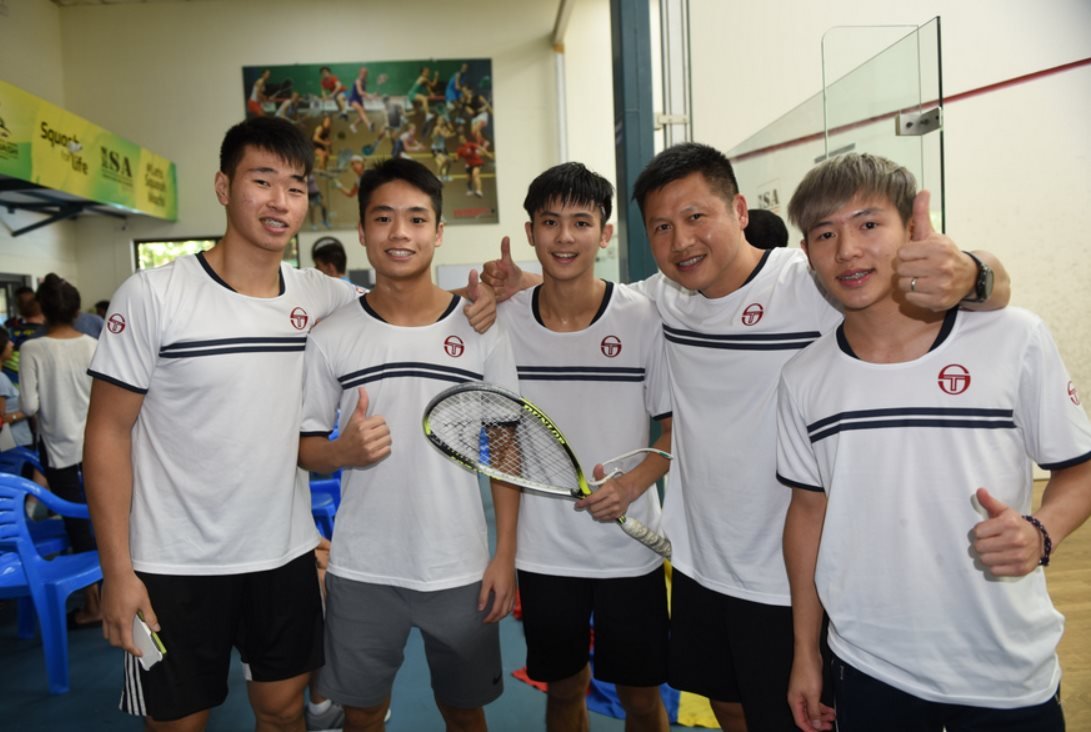 Having lost the first, the Colombian missed two attempted service return kills and the momentum, which he’d held for almost three games, switched to the HK player who delightedly finished it off.

“A few unforced errors in the third turned the whole match around.” said HK coach Dick Leung. “But I’m proud of how he handled the end of a tough match to put us back into the top eight.”

The afternoon session saw top seeds and hot favourites Egypt breeze past Argentina at the Express Avenue Mall, setting up a quarter-final against Hong Kong, while three more places were decided at ISA.

Third and sixth seeds England and Czech Republic beat Germany and Switzerland comfortably while USA and New Zealand were embroiled in a real battle. The Czechs face Malaysia in the quarters.

The Kiwis had beaten Colombia to top their group while the USA had lost to Hong Kong, so while this was 8th v 10th seeds, the Kiwis as group winners started favourites. Thomas Rosini won a see-saw first match in five to put USA ahead then Daelum Mawji came from a game down – and 7-10 down in the fourth – to give USA the victory and put them ‘back’ into the top eight. 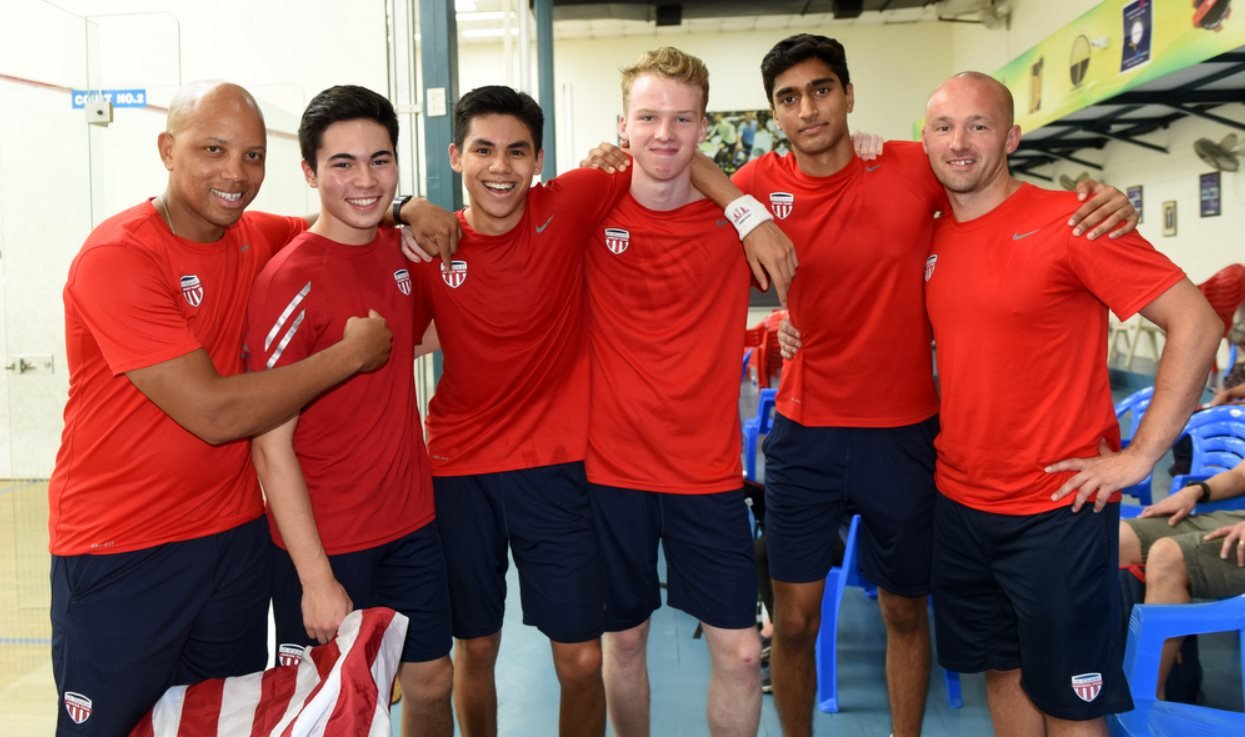 The Americans meet neighbours Canada for a place in the semis.

The last match of the day was the much-anticipated clash between hosts and fifth seeds India and 11th-seeded defending champions Pakistan, at Express Avenue of course.

In front of a packed and noisy crowd anticipating India’s first-ever win over their local rivals in this event, it started well as Rahul Baitha took the first game. But Pakistan’s Harris Qasim, playing calm and controlled squash, got the better of a long second game in which both had their chances, then took control in the next two games to put Pakistan ahead.
.

In the number one string India’s Yash Fadte also started strongly as he won the opening game, but Abbas Zeb, having saved game ball on the way to winning the second, took control of the match and with Fadte rattled and the crowd quiet, he finished off the match in four to put Pakistan into their 12th quarter-final in a row (they’ve actually been in the final for the last 8 editions). 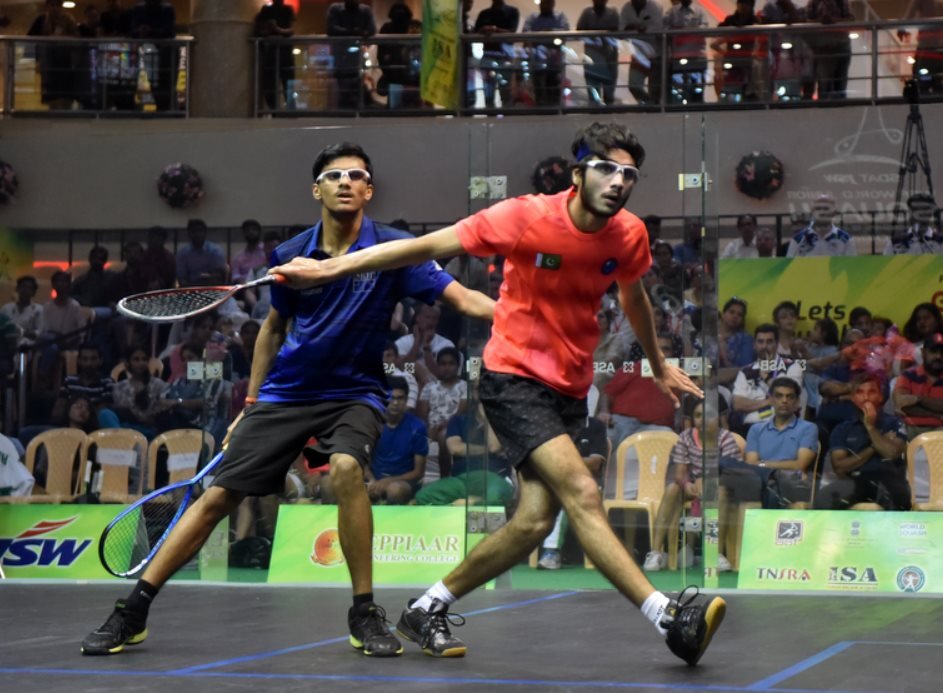 “We’re just so relieved now,” siad Pakistan’s Coash Mo Yasin, “there was a lot of pressure on us today. Our boys started slowly but they both picked up the pace and I’m proud of how they handled it. The win has given the boys confidence now for the next match against England.”

Despite all the drama, the top four seeds, and six of the top eight, are through to tomorrow’s quarter-finals: