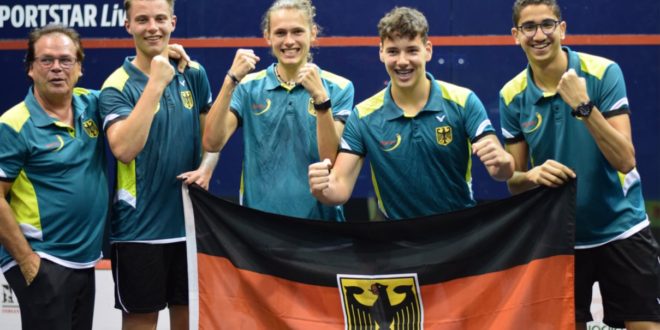 The second day of the Men’s Team event saw the completion of the Pool stage, and the formulation of the 1-16 and 17-24 playoff draws.

While hot favourites Egypt plus hosts India and England enjoyed a rest day after qualifying for the last sixteen knockout with two wins yesterday, the remaining teams played out day two of the pool stages in 12 matches that would shape the playoff draws. 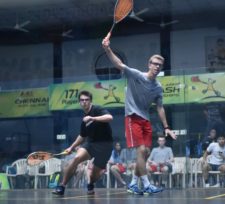 In the morning session second seeds Canada survived a scare against Argentina, coming from 0-2 down to win the first then needing to win the decider to finish off Group B

Malaysia edged past France in a match of all five-setters, the Malaysians saving match balls in the first before going two up, and the Czech Republic were tested by Pakistan, who, after an evening win over Zimbabwe now face a massive match against India tomorrow night at the Express Avenue Mall.

Ninth seeds Hong Kong produced the upset of the session, easing past eighth-ranked USA with a trio of 3-0 wins.

In the afternoon matches New Zealand followed up yesterday’s upset win over Colombia to beat Qatar and finish top of their group, while Australia, Switzerland and Ireland all won to confirm their places in the last 16.

In the final four pool matches,  Hong Kong beat Finland to confirm their top spot while Argentina this time won won a nailbiter, denying Scotland to finish second and earn a shot at Egypt tomorrow afternoon at the Mall.

The evening session at the mall saw  Germany edge past France in a dramatic 2-1 finish to become the only team ranked outside the top 16 to reach the playoffs.

Six of tomorrow’s matches are at the ISA, with the top seeds and te hosts taking centre stage in the afternoon and evenin at Express Avenue. 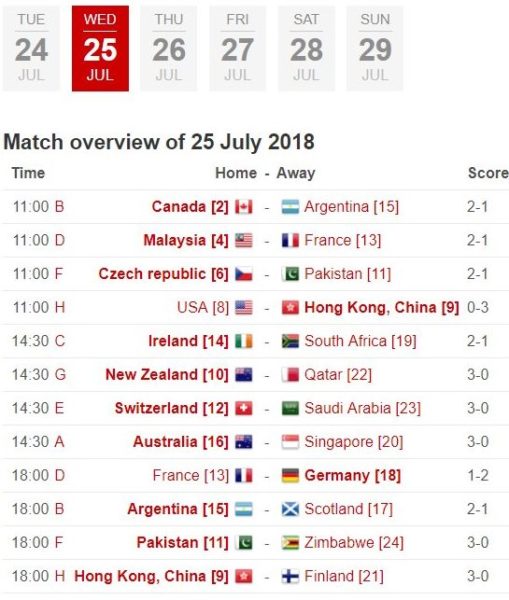