It wasn’t a final many would have predicted – top seeds and defending champions Egypt were there, of course, but hands up anyone who thought sixth seeds Hong Kong would be their final opponents ?  The HK girls broke Indian hearts yesterday with a battling performance that consigned the hosts to the 3rd/4th playoff, while Egypt were given a scare by the USA.

But Egypt were not to be denied this time as their top two swept them to victory, while India have the consolation of third place, their best-ever finish … 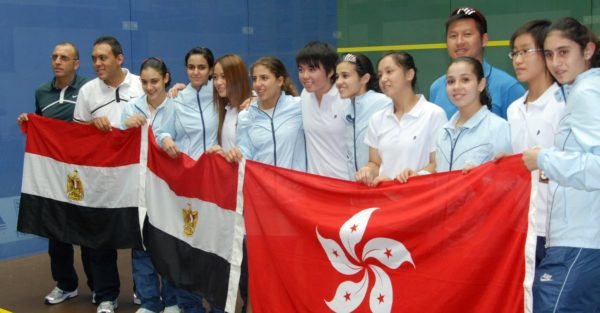 The Dream Team retains the title 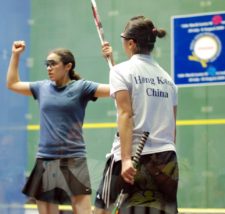 It must be a nice feeling when you go into the three-girl team final with the individual champion and the player who held match balls against said champion opening the batting for you.

Hong Kong had done well to reach the final, and had stunned Egypt in 2005 when they triumphed over the then defending champions … but it wasn’t to be this time.

Heba El Torky took the first point for Egypt, imposing her style of play on Tsz Ling Liu – it was all short, sharp rallies, lots of attempted winners and a few errors along the way.

Liu hung in as well as she could, profited from some early Egyptian errors to take the second, and threatened to force a decider when she led 4-0 in the fourth. 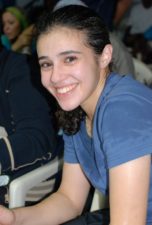 But Heba was in no mood for that, upped the pace once more and forced her opponent into some desperate retrieving, and put the ball away as she advanced to the target.

On the second match ball Heba’s arms were raised aloft in triumph, and Egypt had the lead.

“I was going for winners today, even when I was leading. I don’t know what happened in the second, it just wasn’t working, and when I was 4-0 down in the fourth I just kept telling myself I had to push through this time,” said Heba.

“It was important to put the team into the lead. It’s nice when it’s finished and you’ve done your job … now it’s up to the others!” 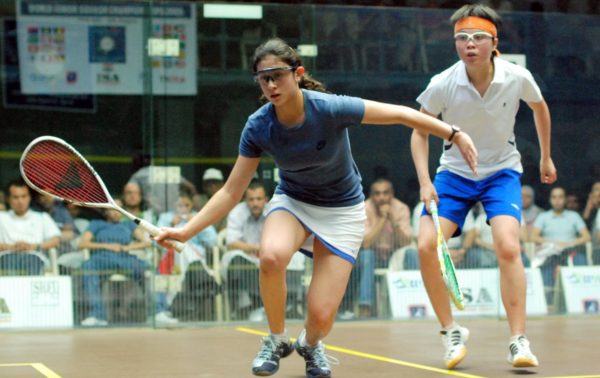 Next up was individual champion Nour El Sherbini. All the talk beforehand was whether yesterday’s surprising setback would affect her confidence or her play … not a bit of it.

True, her short game wasn’t as precise as it sometimes is in the early stages, giving Tsz Wing Tong something to chase down – which she just loves doing. But as the match progressed Sherbini’s shots became tighter and tighter, and from 5-all in the third she sprinted to the line to keep the title in joyous Egyptian hands. 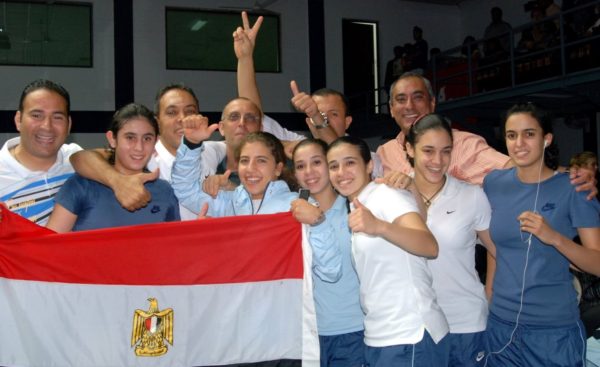 “I was disappointed to lose yesterday, but I got over it by the end of the day,” said Nour. “I was nervous at the start, yes, but from the beginning I always thought I would win. Yesterday I had so much pressure, and I’d played ten matches, but today it was the final, the last one.

“I thought I played nice, and it was so good to win it for the team …  Obviously I didn’t want any of our players to lose, and it’s great to win the title without too much drama, but I would have preferred to have played, and to go on and win the decider, like yesterday !” 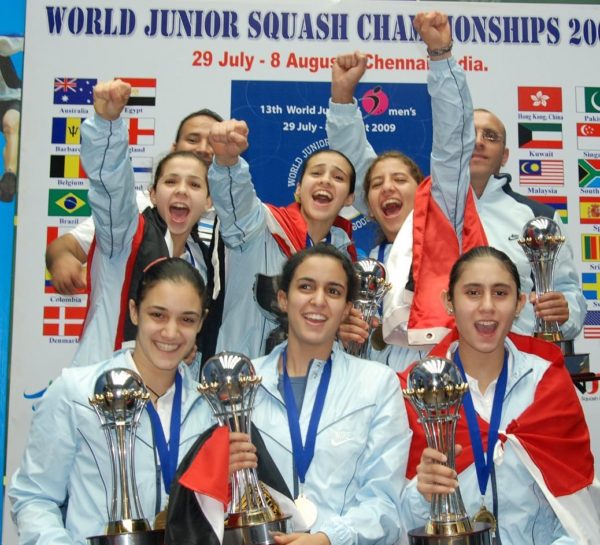