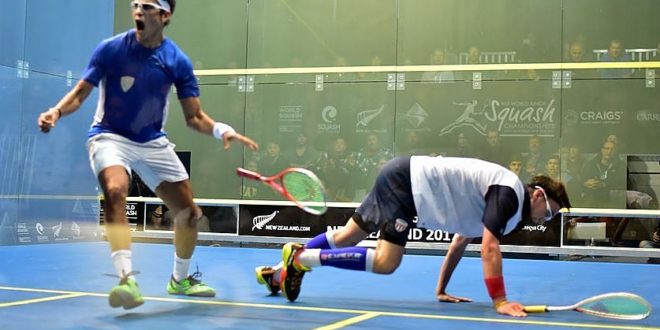 A dramatic quarter-finals day of the WSF World Juniors in Tauranga saw both Egyptian top seeds survive five game battles as the seeded players prevailed in seven of the eight matches. 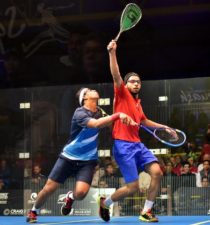 Men’s top seed Youssef Ibrahim looked to have put his nerve early performances behind him as he took a two-game lead over Andrew Douglas, but the American fought back to lead 9-7 in a tense decider before Ibrahim took the last three points to his, and the Egyptian camp’s delight.

He’ll meet compatriot Marwan Tarek after the 3/4 seed came from a game down to beat India’s Abhay Singh.

In the bottom half of the draw both Egyptians who made the quarter-final against the seedings were beaten in straight games – second seed Mohammed Alsarraj from Jordan beat Mostafa Assal to set up a semi-final with France’ European Champion Victor Crouin, who despatched unseeded Aly Hussain in the opening match of the day. 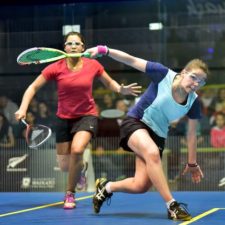 The women’s matches started with an all-Egyptian match, and a big seedeng upset, which saw 5/8 seed Amina Yousry overcome second seed Zeina Mickawy in three close games – gaining a measure of revenge for her epic loss in the British Juniors early in the year.

She faces another Egyptian opponent in the semis after 2016 finalist Rowan Elaraby prevailed in a see-saw five-setter against Malaysia’s Andrea Lee.

The top half of the draw witnessed two more five game thrillers as Japan’s Satomi Watanabe eventually denied 14-year-old American prodigy Marina Stefanoni, and top seed Hania El Hammamy had to come from two-one down to see off the challenge of Malasia’s Sivasangari Subramanian, racing through the fifth 11/1.

You can Watch LIVE, follow the results on our Twitter Feed and catch up with updates on Facebook, Instagram and Tumblr. We’ll have reports and a roundup of the action here on Today, as usual.

WHAT THEY SAID – quotes from the quarters 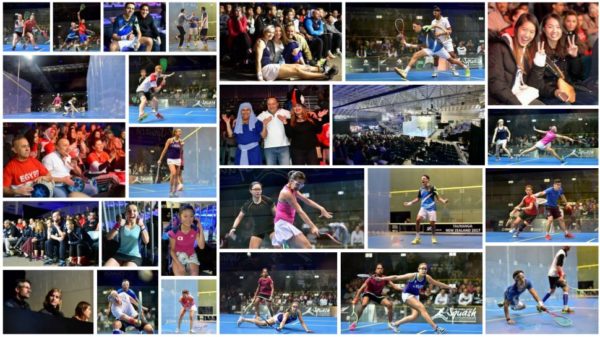