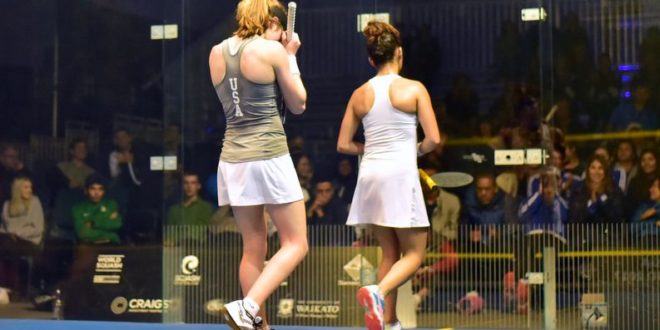 The quarter-finalists were decided today in Tauranga, with twelve matches on the Glass Court at QEYC and four on Devoy Court one, and there was also a full complement of plate matches.

Four of each for Egypt as
Stefanoni boosts US interest

While Egyptians continued to dominate the women’s draw, with four of their players going through as expected, the big upset came when USA’s Marina Stefanoni, a 9/16 seed, ousted 3/4 seed Nada Abbas in four games of quality and enthralling squash. The remaining seven top seeds all progressed, with only Egypt’s Amina Yousry dropping a game. 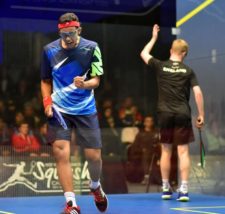 Egypt will provide a quarter of men’s quarter-finalists too – one in each of tomorrow’s matches – but two of those came through with upset wins – Auseeded Aly Hussain continued to impress as he beat India’s Adhitya Raghavan in five, while Mostafa Asal also overcame a 5/8 seed as he beat Kyle Finch, leaving England with no quarter-final representatives.

Quarter-finals are all on the QEYC Glass Court, starting at 11.00 on Saturday.

WHAT THEY SAID – quotes from the winners 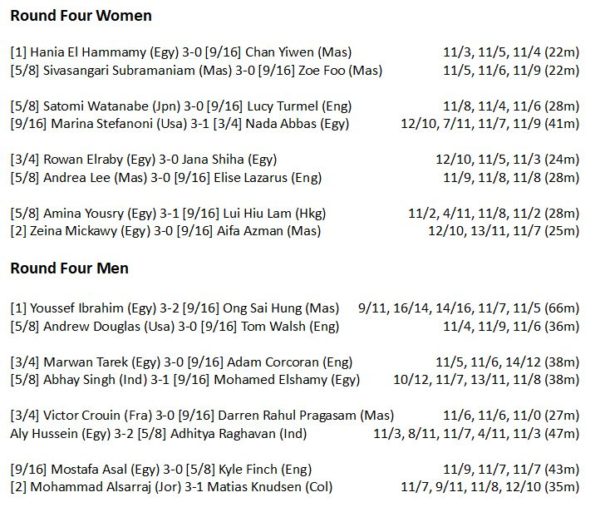 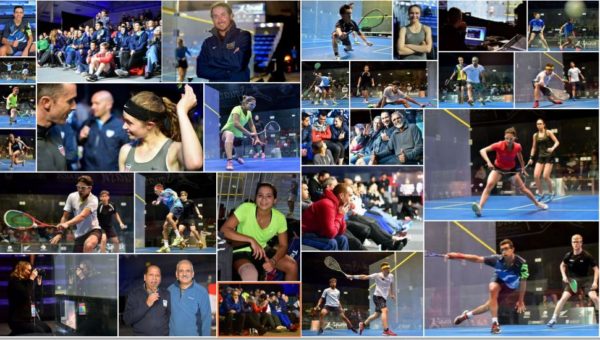