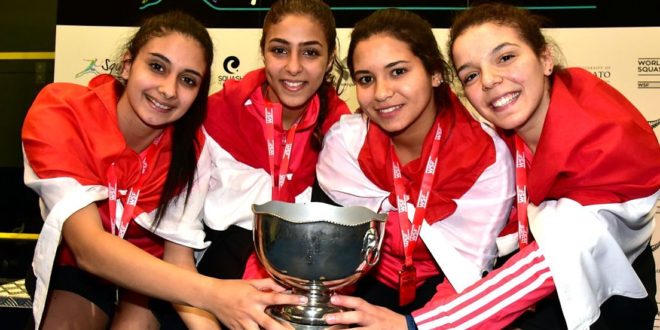 Egypt have completed the clean sweep, adding the team title to the men’s and women’s trophies they will take home from the World Junior Squash Championship in Tauranga. 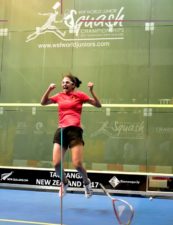 With the top four seeded women in the tournament they were always going to be hard to beat and so it proved with a 2-0 win against Malaysia to add a sixth consecutive title to their burgeoning trophy cabinet.

Women’s champion Rowan El Araby sealed the victory and celebrated her 17th birthday with a 3-1  win against Andrea Lee. It looked like an easy win as Araby stormed through the first two games, but Lee fought back well, taking the third and leading for most of the fourth. 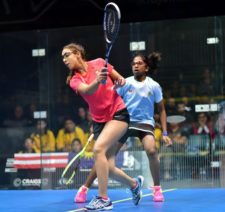 It came after Hania El Hammamy, who El Araby had beaten six days earlier in the women’s final, defeated Sivasangari Subramaniam 3-1 in a match of such quality it defied their teenage years.

“I’m just so happy to be able to do this with my team,” El Araby said. She was especially pleased El Hammamy could now call herself a champion. “I love her, she is my friend and it’s amazing for her; and for me to be able to share this happiness with her.”

Egypt coach Omar Abdel Aziz said it had been hard to motivate the players after the individuals tournament because with the four top seeds, they had all hoped to win. 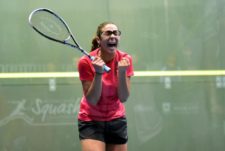 “I had to get them back up psychologically. It was step by step, match by match to get here. We didn’t talk about the trophy, just the matches.”

Egypt have, for a long time now, been the powerhouse in squash and Aziz admitted the bar was high in terms of selections. “And the production line is always there,” Aziz said. 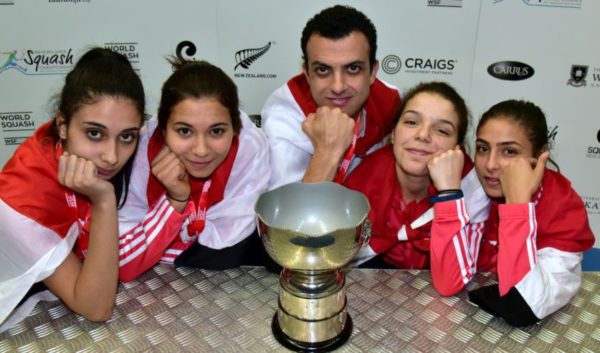 Malaysia coach Andrew Cross felt his players were sluggish early in their matches but had only praise for Egypt and their domination of world squash.

“My girls have done well. We wanted to be in the final so they have done that and I’m proud of how they competed with Egypt, but both Rowan and Hania played better today than they did in the individual final.” 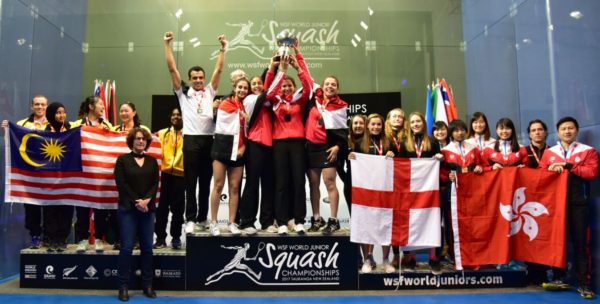 Before that match the USA beat India 2-1 to finish fifth. The losing semifinalists, Hong Kong China and England don’t play off for third, instead sharing the bronze medal. 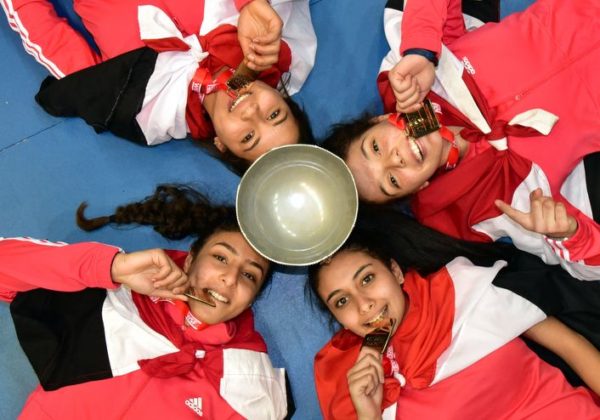