The Squash Racquets Association of Malaysia (SRAM) is proud to play host to the 2019 CIMB Foundation WSF World Junior Squash Championships that will be held at the National Squash Centre, Bukit Jalil from July 30th to August 9th.

It has been a long time since Malaysia hosted a World Junior Squash Championships, dating back to 2001 when the island state of Penang hosted the world junior girls’ championship.

Although it has been 18 years since the world juniors graced the shores of the country, Malaysia has remained a very active in the premier junior competition that has become an annual event since 2009.

And SRAM is pleased to be able to host yet another world level competition and to showcase the Malaysian hospitality to the world. 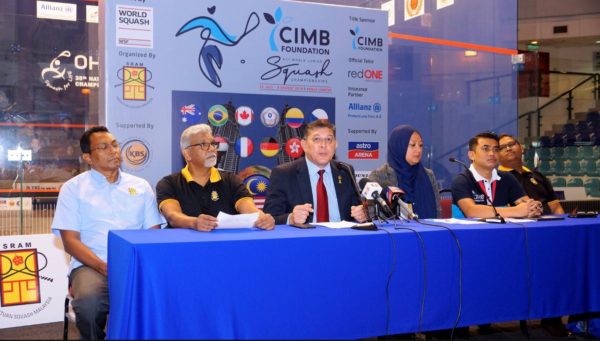 “After many years the world juniors is coming back to Malaysia and we’re pleased to be given the recognition to host world class events. We will leave no stone unturned to ensure that all participants will leave with fond memories,” said SRAM director Major (Rtd) S. Maniam.

“On a serious note, as hosts, the pressure is on us to perform and I am looking forward to some good matches, especially by our girls’ team.

“The players have worked really hard to prepare for the world juniors and I certainly hope that we could finish on the podium,” added Maniam.

The trio of Aifa, Yiwen and Kah Yan are the seniors of the group and this is not their first world juniors. And all three will be eager to do one better than their 2018 outing, where they all lost in the third round.

Aifa is in fact Malaysia’s top ranked player and she is seeded joint third-fourth. She gets a first round bye and meets either Ella Lash of New Zealand or Madeleine Hylland of Norway in the second round.

Barring any upsets, she is expected to meet USA’s Elisabeth Ross in the fourth round and a showdown with England’s joint fifth-eighth seed Elise Lazarus, who first meets 9/12 seed Kah Yan, in the quarter-finals.

Meanwhile Yiwen is seeded 5/8 and starts with a first round draw. She will meet Japan’s Erisa Sano Herring in the second round and is expected to progress to the quarter-finals to meet Egypt’s 9/12 seed Sana Ibrahim. 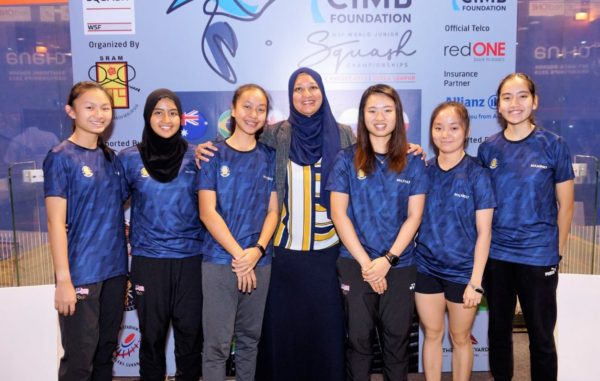 The other three Malaysian girls – Ainaa, Xin Ying and Aira are all unseeded and will need to step up their game in order to go deep in the tournament.

British Junior Open semi-finalist Yee Xian is the only one seeded, at joint fifth-eighth and he gets a first round bye and will meet either Fritiof Jacobsson of Sweden or Tristen Worth of South Africa in the second round.

If he lives up to his seeding, he is expected to meet 13/16 seed Toufik Mekhalfi of France in the fourth round and then top seed Mostafa Asal of Egypt in the quarter-finals. 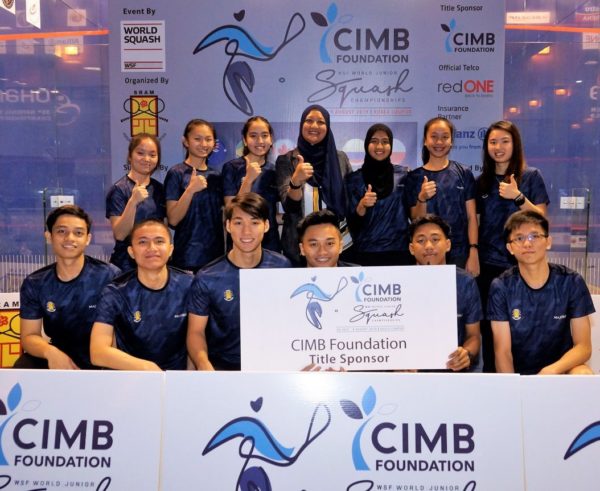 Meanwhile powerhouse squash nation Egypt are obviously the frontrunners as they look good for another sweep of the event, having occupied three of the top four seeds in both the boys’ and girls’ competition.

Asal, who is also the defending boys’ champion, is certainly the favourite to retain his title and he is flanked by second seed Omar El Torkey and 3/4 seed Moustafa Elsirty. Czech Republic’s Viktor Byrtus is the sole non-Egyptian as the 3/4 seed.

For the girls, all eyes will be on top seed and world No. 15 Hania El Hammamy as she seeks her first world junior title, having twice lost in the final of the 2017 and 2018 editions.
Her main challengers, apart from Aifa, will come from compatriots – second seed Jana Shiha and 3/4 seed Farida Mohamed.

The world juniors will start with the individual event from 30th July to 4th August. After the completion of the individual meet, the competition will proceed with the girls’ team championship, from 5th to 9th August.

The 2019 world juniors is title sponsored by CIMB Foundation. The event is also co-sponsored by Allianze Insurance, RedOne, Bounx and Maxbolt. SRAM would also like extend their gratitude to the Youth and Sports Ministry for their strong support of the event, as well as the National Sports Council (NSC) and the National Sports Institute (NSI).