Hosted by Australia for the first time since 1986, the 2020 WSF Men’s World Junior Team Squash Championship will see 24 nations compete for the biennial World Squash Federation title in Queensland from 25-30 July.

Australia won the inaugural event in 1980, and went on to win the title a total of five times, including in 1986 as hosts. Pakistan also boast five titles, but defending champions Egypt – who have contested all but one of the finals since 1994 – took their haul to a record six titles after beating four-time champions England in the 2018 final in India.

“Australia is one of the historic nations of the world of Squash and WSF is extremely confident that Squash Australia will organise a superb tournament for the 24 teams competing on the courts which staged the 2018 Commonwealth Games action in Gold Coast,” said WSF CEO William Louis-Marie. 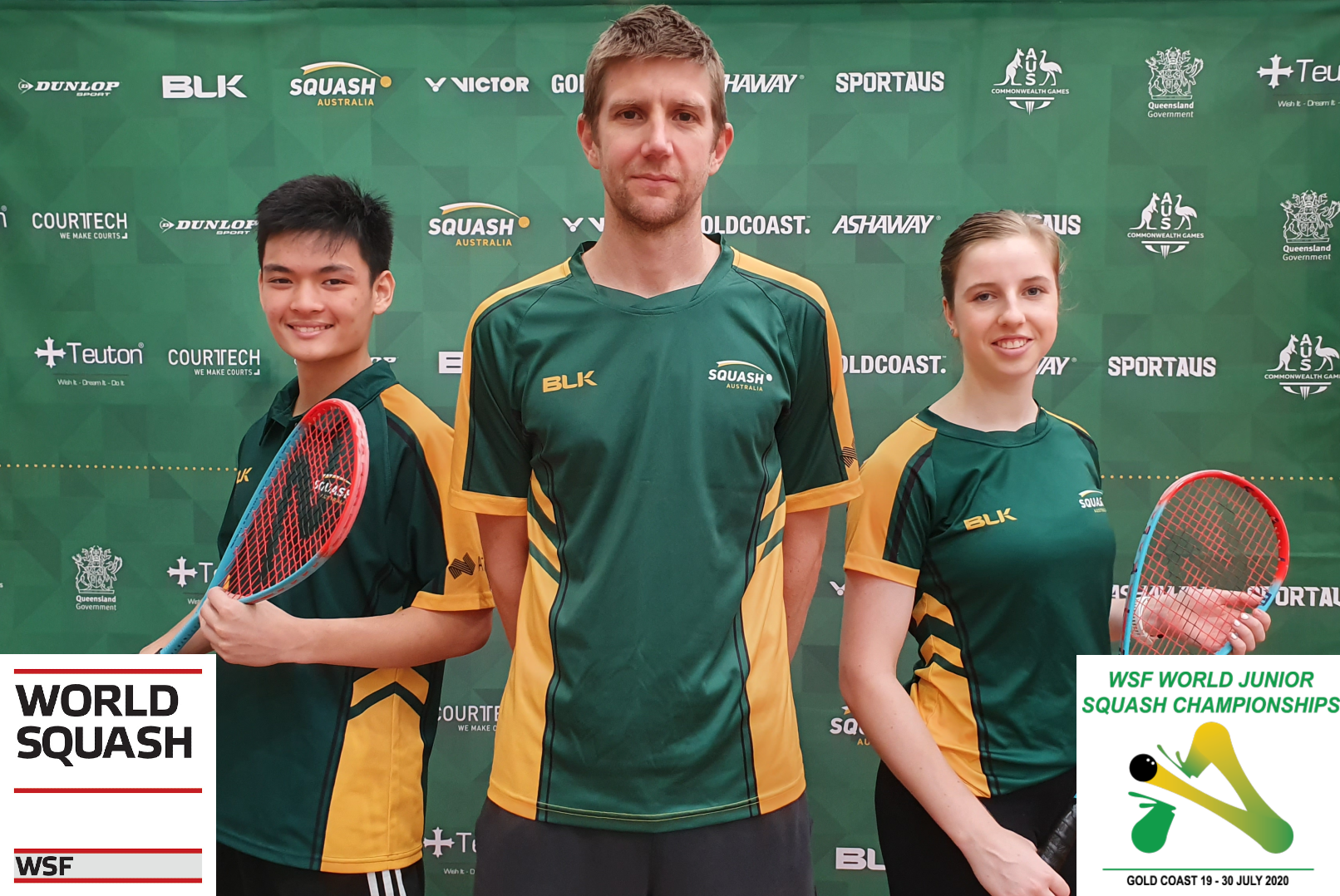 “There is some great Australian talent coming through – [pictured above are two leading Australian juniors Greg Chan and Alexandra Haydon flanking Australian National Coach Stewart Boswell] – and I hope as many Australians as possible make it to the centre to support them on home soil against some tough opponents, primarily the Egyptians.

“There will be free entry for under eighteens and a range of entertainment and activities going on along the squash.

“The event will set us up great for the 2022 Commonwealth Games qualifying event which is the 2021 World Doubles Championships which we are again hosting on the Gold Coast where the Australian Team will look to retain the three gold medals they won in 2019,” Vaughan concluded

While Canada, England, New Zealand and Pakistan will be celebrating their 21st appearances in the event, both Netherlands and Republic of Korea will be making their return to the championship for the first time since 2010.

The 24 nations competing in the team championship in Gold Coast are: