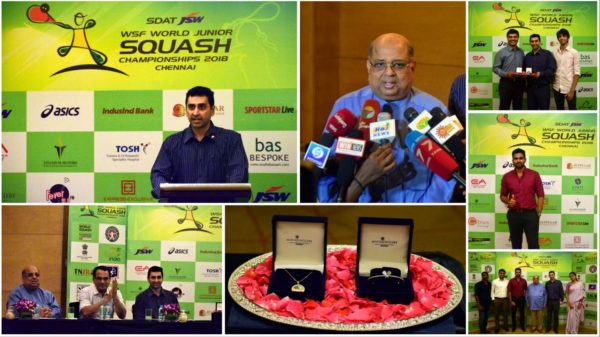 With just four days to go before the 2018 WSF World Juniors kicks off, a Press Conference was held today in Chennai …  more to follow, but here’s a few photos. 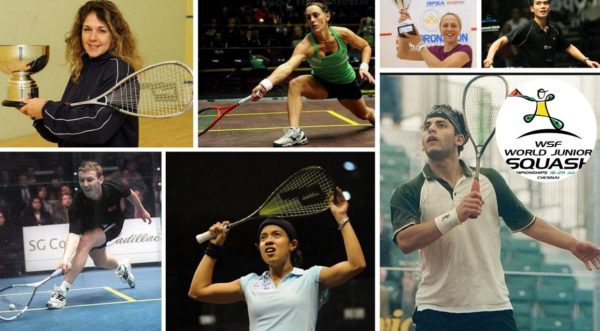 The Eighties saw a host of soon-to-be Legends win the World Junior titles, Sarah Fitz-Gerald and Jansher Khan among them … 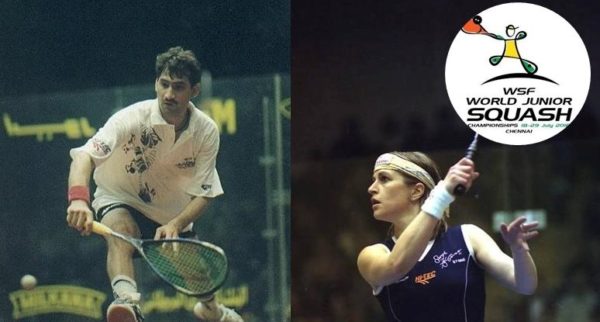 Suryanarayan from Chennai has spent hours researching the WJC since its inception in 1980 and has made brief notes on all the events (with an Indian emphasis).

In the days before this year’s edition kicks off in Chennai, we’ll look at a few events at a time as we build up the full history of the World Juniors …

The full playing schedule for the Individual Championships has been mapped out – early rounds at the Indian Squash Academy, then three days at the Express Avenue Mall for the quarters through to the finals.

It’s a busy opening day for the Boys on Wed 18th, with two rounds and 84 matches to play. The Girls join in on Thu 19th with two rounds of play, and on Fri 20th it’s the last sixteen in both draws before it’s off to the Mall. 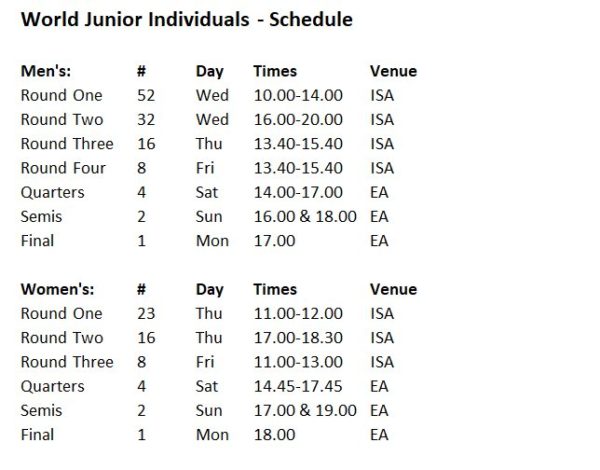 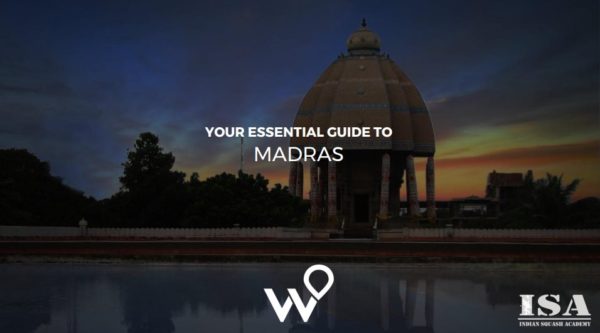 Between them, the world’s top 20 Men and Women have 20 World Junior titles, and a host of medal finishes too. Here’s the current rankings and how they did in their WJ days … 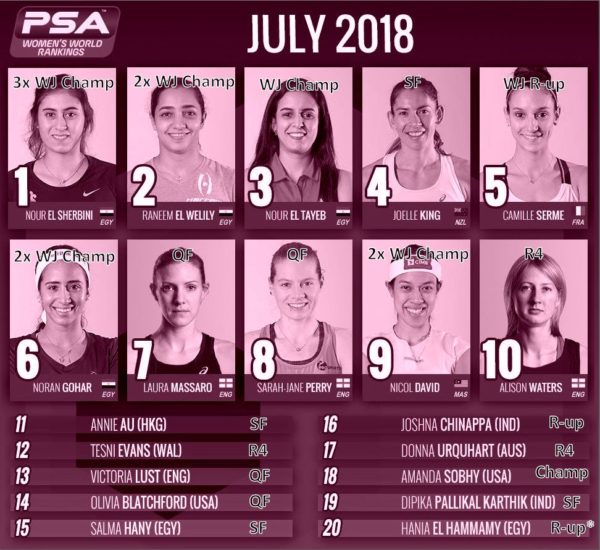 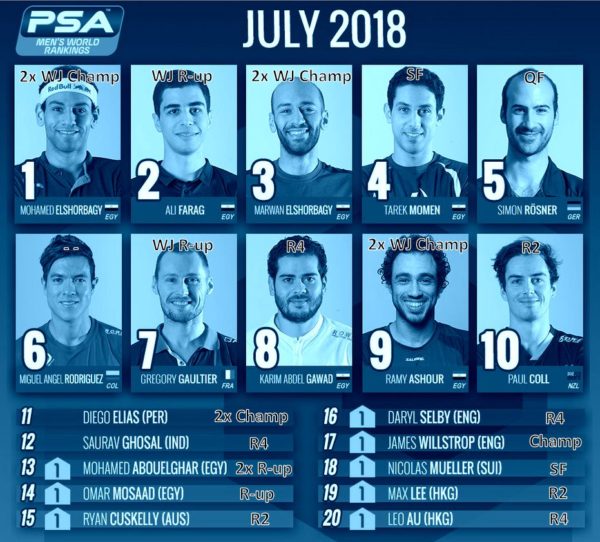 The Logo for the ‘WSF World Junior Championships 2018, Chennai’ is inspired by two elements … the traditional South Indian ‘Kolam’ and the spirit of the game!

Chennai is a historical city known for its tradition and heritage. One aspect of the South Indian culture is the practice of drawing Kolam in front of households at dawn or at dusk. A pattern drawn using rice powder, the Kolam is considered an auspicious sign signalling prosperity.

The Logo interestingly brings together the universality of the game Squash, with a regional significance, to create a property that is fresh, interesting and at the same time ‘relevant’.

17 Days : From BJO to World Juniors

19 Days : From Chennai to World Number One

You don’t get many Double World Junior Champions, but in Qatar 2012 we had two of them … 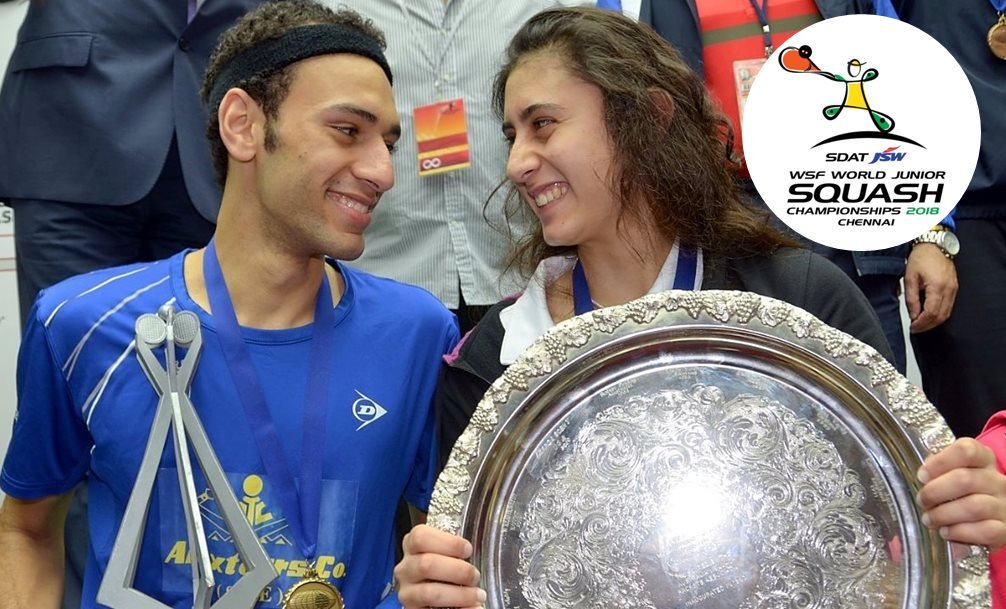 21 Days : Welcome from the WSF

The hashtag for this year’s event is #LetsSquashMachi 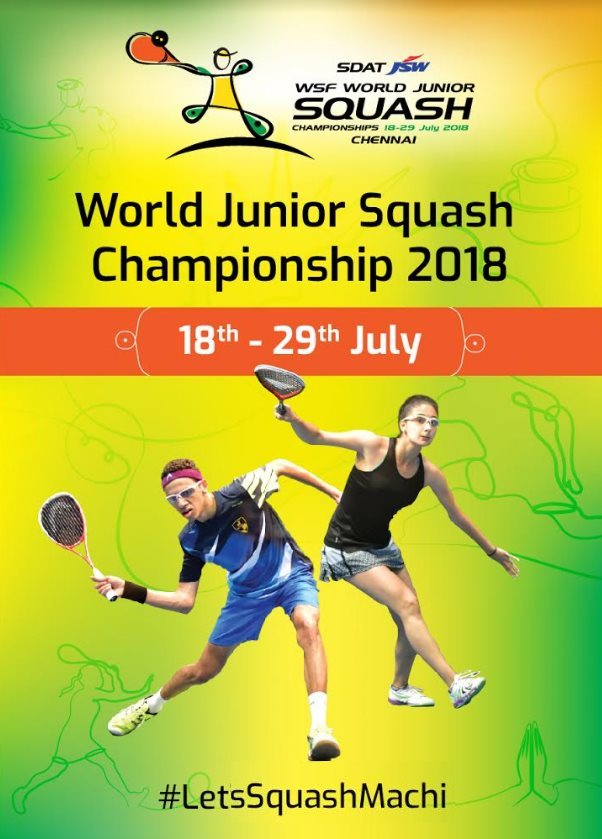 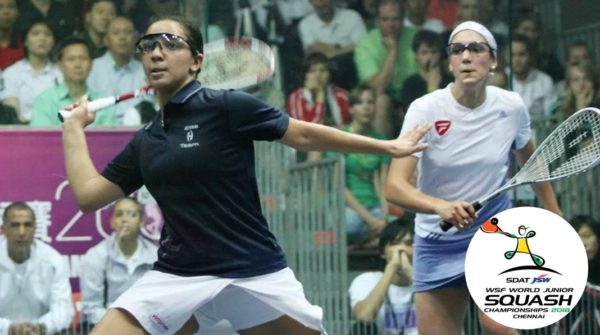 It was the last time traditional ‘HIHO’ scoring was used … 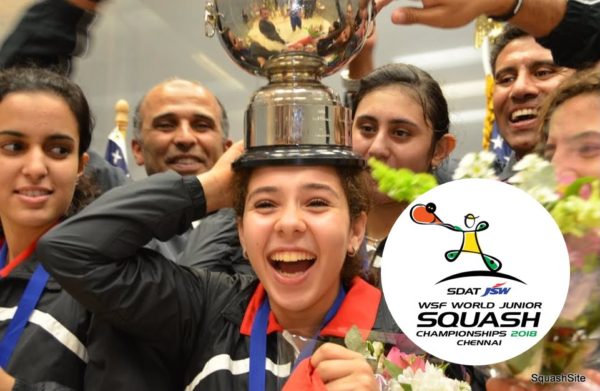 The Egyptian Girls have dominated the Teams in recent years …

Previous The Official Promo Film
Next Chennai is ready