Day ONE: World Juniors kick off in Namibia 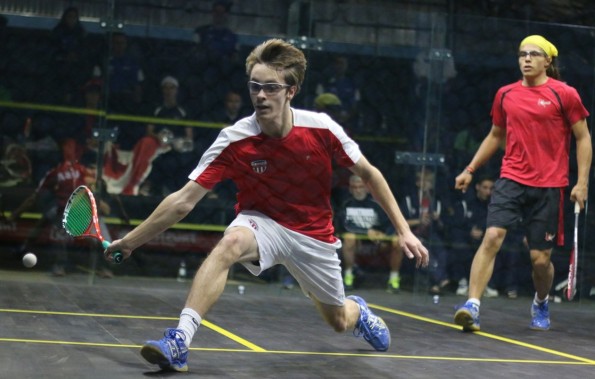 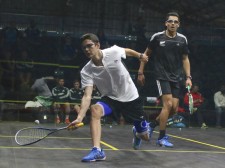 The World Junior Squash Championships has officially kicked off on Sunday in Windhoek, Namibia, preceded by an opening ceremony which saw all countries converging at Wanderers, the main venue for the tournament.

The World Junior Squash Championships, being hosted under the banner of the World Squash Federation (WSF) attracted at least 150 players from 31 countries and have since been battling it out in the first round of the Individual competition.

At the official opening, the organizers received praise for getting the event ready in time and for ensuring that all countries arrived as scheduled.

The main sponsors of the event, Trustco Group International were impressed by the efforts of the Local Organizing Committee in getting this event off the ground since Namibia won the bid in September last year.

Speaking at the official opening ceremony, Trustco Group Managing Director, Quinton van Rooyen said the hosting of the World Junior Squash Championships in Namibia is not just a milestone for the country, but also for Trustco.

“It is an incredible opportunity for Namibia to showcase our hospitality, talent and infrastructure on the international arena. For Trustco, it’s the culmination of years of commitment and investment in the development of squash in Namibia,” he said.

He added that Trustco has made a decision almost a decade ago, to invest in squash, a fairly unknown sport code in Namibia at the time.

“Through resilience and support the sport advanced from only a few participants and limited infrastructure to where it is today, on the brink of hosting a world class event”.

Van Rooyen added that Trustco is delighted to participate in this tournament and ‘we are extremely proud of the fact that we are part of this opportunity that will be showcased during the next few days. We can assure you that we are just as excited and enthusiastic to step into the world squash arena as all these young faces’.

“Trustco is and will remain committed to develop the youth of Namibia not only through sport, but on various fronts, and believes that the education of the mind is as important as training the body,” he added.

Championships Director, Jason Kasuto said:” It is undeniable that that the hosting of a sport event of this magnitude raises the profile and improves the brand image of a country and its corporate communities. We are truly proud, not only as the Local Organising Committee or as a Government of the Republic of Namibia or as the Namibia Sports Commission or the Namibian corporate sector but actively as a Namibian nation to have the honour to welcome the World Junior Squash Championships to our country”.

“We will make 100 percent sure that the event runs smoothly and that you receive true Namibian warm hospitality. We trust that champions will be made during this tournament and that there will also be long lasting memories,” Kasuto added.

The matches started in earnest today with the individual men competition producing mixed results for the various countries that are competing.

There were no major upsets during the first day with the top seed players sailing through the first round.