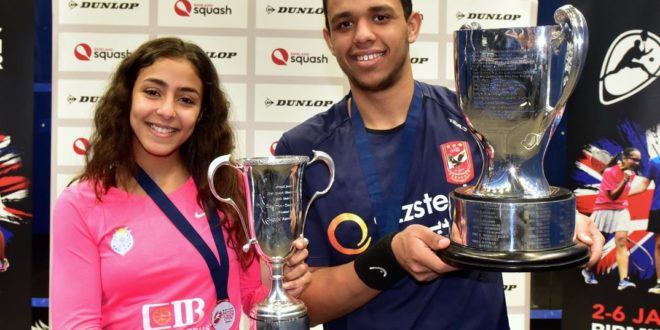 The 2019 WSF Men’s & Women’s World Junior Individual Squash Championships will climax in all-Egyptian finals for the second year in a row, according to the seedings and draws issued today by the World Squash Federation.

Hosted by the Squash Rackets Association of Malaysia (SRAM) in the Malaysian capital Kuala Lumpur, the championships will take place at the National Squash Centre from 30th July to 4th August, followed by the biennial WSF Women’s World Junior Team Championship – which will feature 18 nations, including debutants Chinese Taipei – from 5th to 9th August. 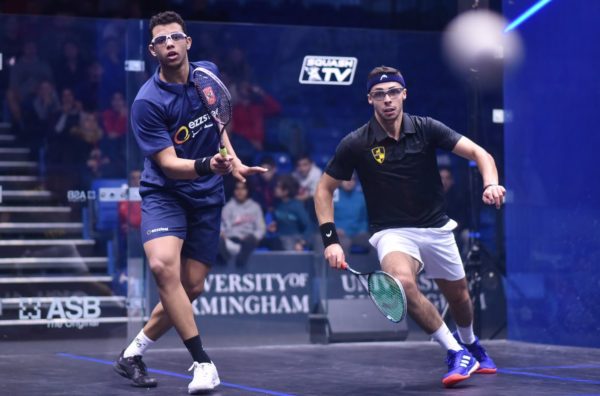 World No.29 Mostafa Asal is firm favourite to retain the men’s title. The 18-year-old from Cairo is expected to meet No.2 seed Omar El Torkey – also 18 and from Cairo – in the final. Czech Viktor Byrtus is the highest non-Egyptian seed – sharing the men’s 3/4 seeding with Egypt’s Mostafa El Serty.

After finishing as runner-up in 2017 and 2018, Hania El Hammamy is seeded to strike gold for the first time in the women’s event. The 18-year-old from Cairo – ranked 15 in the world – is predicted to meet second seed Jana Shiha, the 17-year-old born in Alexandria, in what would be the ninth successive all-Egyptian women’s final! 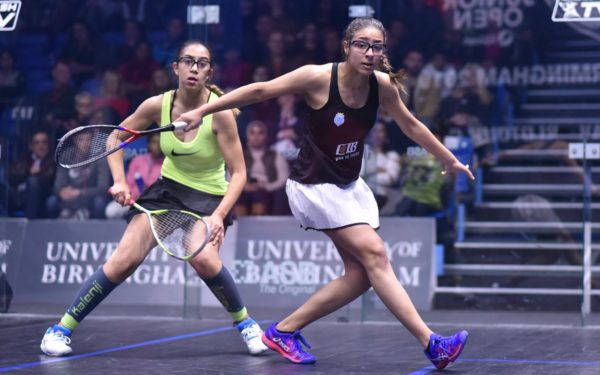 Asal and Hammamy won the British Junior Open U19 titles in January – Asal beating El Torkey in the semi-finals, and Hammamy defeating Shiha in the final!

Malaysia’s Aifa Azman is expected to provide home interest in the semi-finals – the other 3/4 seed being Egypt’s Farida Mohamed. 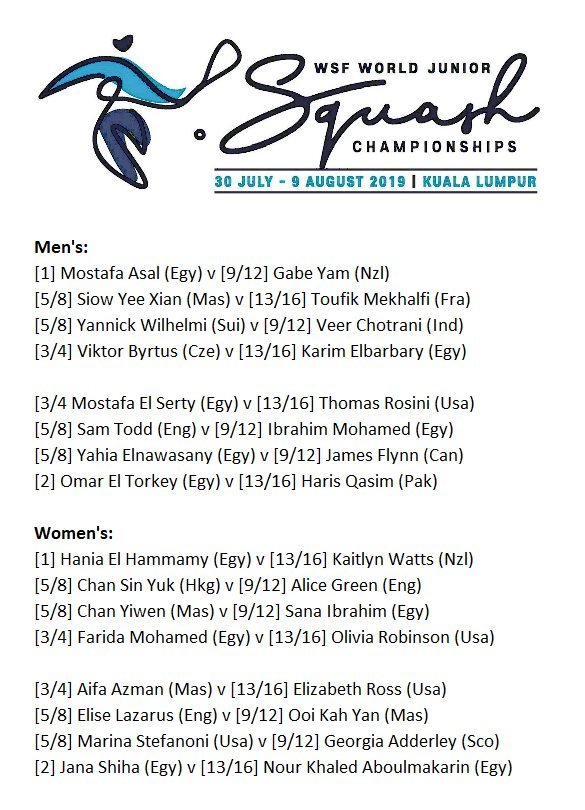