In 2007 the World Juniors was held in Hong Kong, and although the team event would be disrupted by the weather at the end of the event, the Individual event went pretty much with seedings all the way to the final where the top two seeds, who had both progressed without dropping a game, met.

Egypt’s Raneem El Welily had beaten top seed Joshna Chinappa in the previous final in Herentals in 2005, but was the favourite here, and she fulfilled those expectations as she beat France’s Camille Serme in a repeat of their British Junior Open final earlier in the year.

The score was 9/2, 9/4, 5/9, 9/3 – the last time the Girls would play traditional scoring – as Raneem became the second woman – after Nicol David – to become World Junior Champion twice. 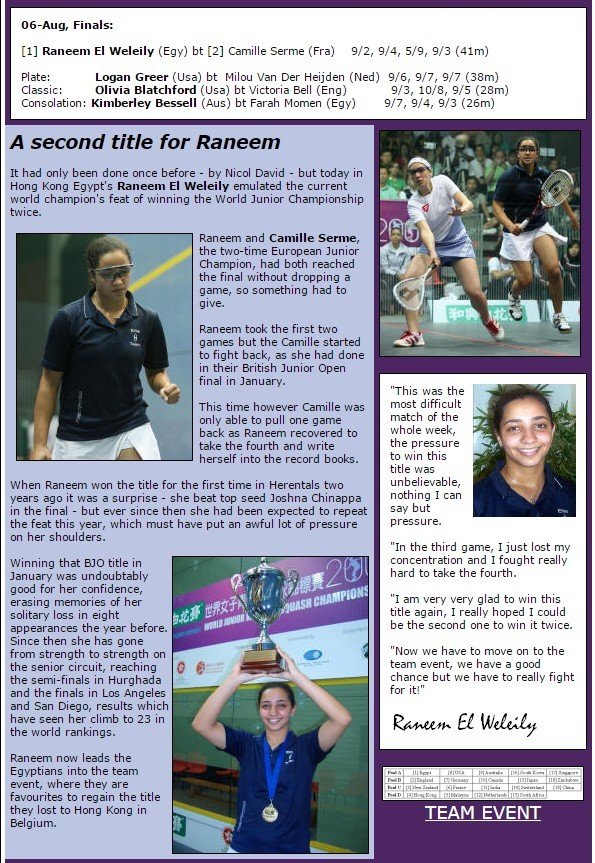 Where are they now ? 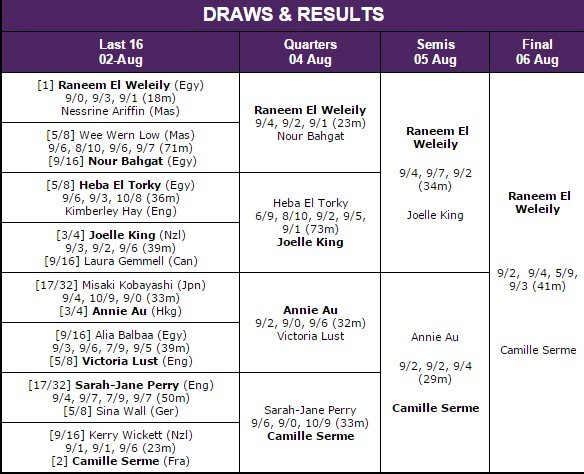 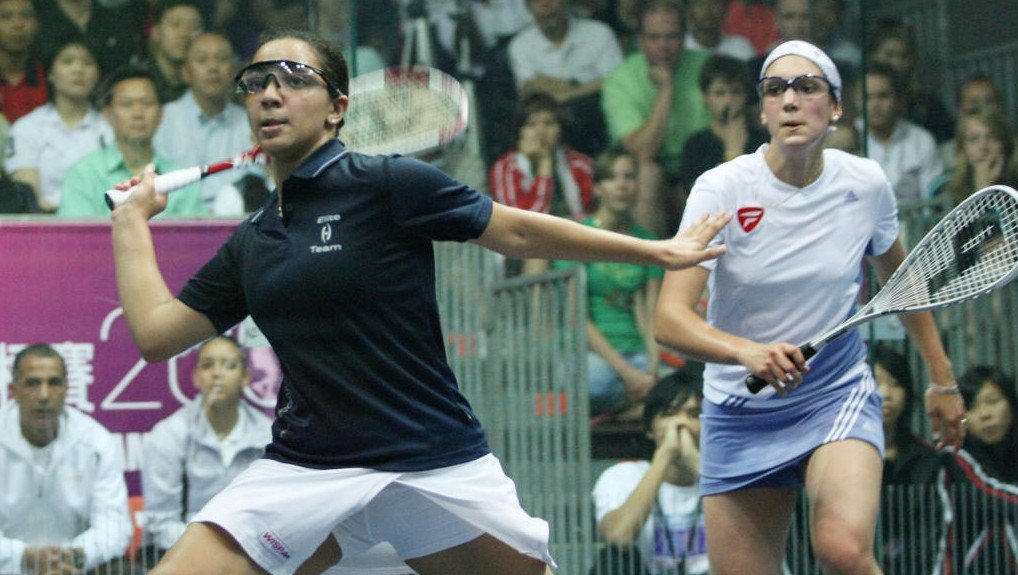