Egyptians have, of late, dominated many junior – and senior – events around the world, but the Boys’ championship in Herentals in 2011 was special in that one country provided all four semi-finalists.

The pair in the middle are Mazen Hesham and Marwan El Shorbagy, Mazen beating Englishman Declan James and Marwan getting the better of India’s Mahesh Mangaonkar, both in four tense games. 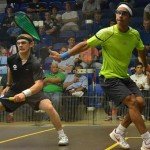 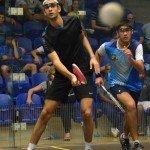 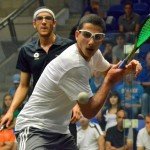 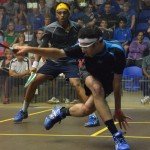 So it was Egypt 4 Rest of the World 0 and an Egyptian champion was already guaranteed. 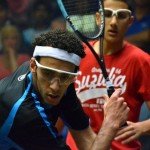 In the semi-finals Marwan, the second seed, beat Mazen in straight games, while Mohamed produced a big upset as he beat top seed Amr three-two in the longest match of the tournament at 70 minutes. 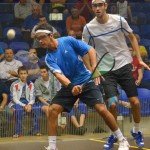 The final saw Marwan take the title in three games, putting the Shorbagy name on the trophy for the third time after Mohamed’s wins in 2008 and 2009. 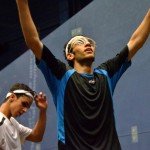 That was the sixth Egyptian Boys’ winner in a row, and Marwan would go on to retain the title next year in Qatar.

So where are the Egyptian ‘Fab Four’ now ? Three of them are still wowing squash audiences around the world, and we may well see some of them in the Men’s World Teams in Kuwait in December.

Marwan is currently #13 in the world, Mazen is #23 and Mohamed #36. Amr, who had a successful time in US college squash, has dropped off the world squash scene. 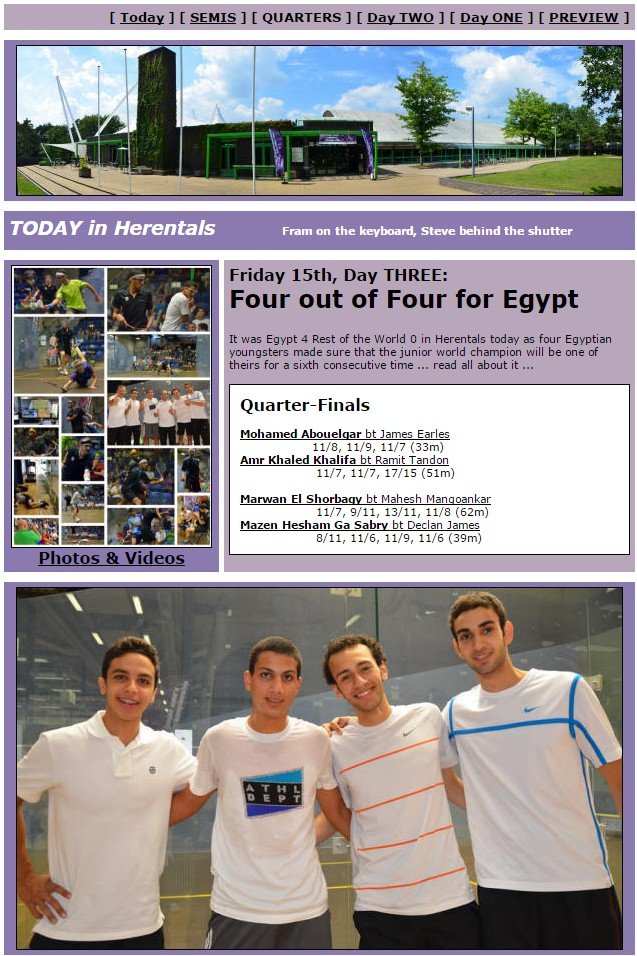