You don’t get many Double Champions in the World Juniors, but in Qatar 2012 we had two of them !

It was the fourth time that the individual events had been held together and it was all-Egypt once again. 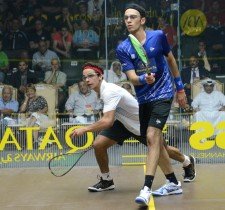 Marwan Elshorbagy came into the event as top seed and defending champion, aiming to follow in the footsteps of his elder brother Mohamed, who had won in 2008 and 2009. 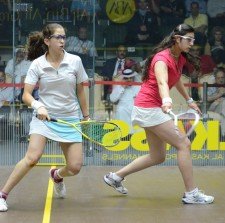 Nour El Sherbini became the youngest ever winner when she took the title in 2009, missed out in 2010 and 2011, but started the event as top seed and strong favourite.

Both duly won the titles – beating fellow Egyptians in the finals – and Sherbini went on to lead her team to a successful defence that title too.

And of course they’ve advanced from there – Nour has been World #1 for over two years now (and twice world senior champion) while Marwan is world #3, played his brother in the last World Senior final, and opened his World Series account in El Gouna this April.

The full list of double champions is quite an illustrious one:

And there could be two additions this year, with 2017 champions Rowan Elaraby and Marwan Tarek both seeded #1 …  UPDATE: Rowan did become double champion but Marwan lost out in the final 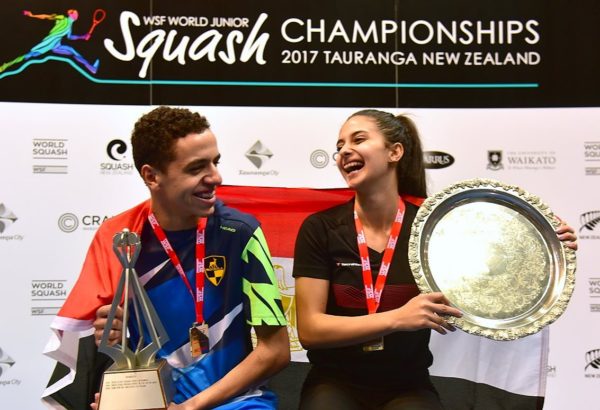 Previous Flashback 2007: Raneem and Camille in HK
Next The Official Promo Film