Seven coaches from American colleges are in Tauranga for the World Junior Squash Championships scouting six specific players, but with others still able to impress.

Former World No1 John White is the Drexel University coach and already has Kiwi sisters Anna and Hayley Hughes in his team.

He’s shopping for more, but is a discerning buyer saying squash ability alone isn’t enough. Grades have to be high, the person needs to show they can fit into a team and he’s not interested in anyone who misbehaves on court.

“This is the supermarket,” he says of the two-week long tournament that includes an individual competition for young men and women, followed by a women’s team event.

“This is where you see how far up the top shelf they will be. They have to be good at squash, but here you see how they interact with the team, how they represent themselves and the attitude they have on the court.”

Big money is at play with a scholarship to Drexel worth US$70,000 a year covering tuition fees, food, accommodation, books and medical insurance.

And even bigger money can come for those who take up coaching with some wealthy families in the United States happy to build squash courts at home and then pay up to $200,000 a year for private lessons for their sons and daughters.

“It’s mind boggling what some of the coaches are making through private families,” White said.
When White joined Drexel six years ago the university didn’t have a squash programme and courts had to be built. He recruited a team from scratch and is proud to say the men’s and women’s teams are now both ranked in the top 10 in a competition heavy with Ivy League colleges.

Some of them have coaches in Tauranga with Princeton and Harvard both in town, while Cornell’s recently retired coach, Mark Devoy, is at the courts named after his sister, Dame Susan Devoy.
For New Zealand’s No1 junior man Finn Trimble, Susan’s son, Jamie Oakley, played a big part in him joining Dickinson College on a scholarship he’ll take up in late August.

“Jamie’s at George Washington and he’s a good mate of mine so he gave me plenty of advice,” Trimble said. He knows getting into an American college is a potentially life changing move.
“I might turn pro after college, I haven’t decided yet, but I wanted to get something behind me,” Trimble said. 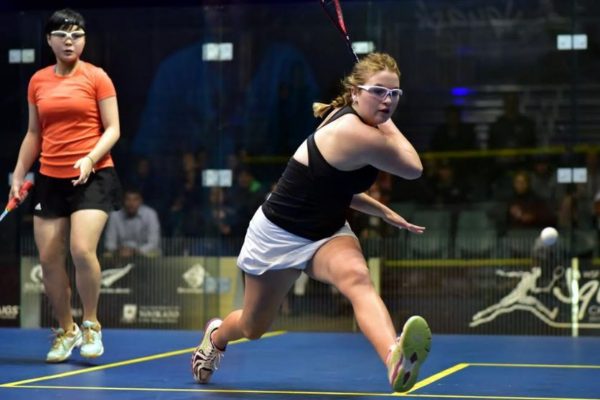 It’s a sentiment shared by New Zealand junior woman Anna Hughes who joined her sister at Drexel in January on a four year scholarship, studying business.

“Squash has no money so you can’t fall back on that and Drexel is just amazing,” she said. “You feel so at home there and I’m so grateful for this opportunity. I want to take advantage of it.”

White has 12 men and 12 women on his books and they hail from all corners of the world including Canada, Australia, Guyana, India, Hong Kong, Colombia, South Africa and Egypt.

He, and the other scouts in Tauranga from Princeton (two), Dickinson, Trinity (two) and Harvard have their eye on three young woman and three men from Norway, South Africa, Malaysia, Australia and Korea and New Zealand. 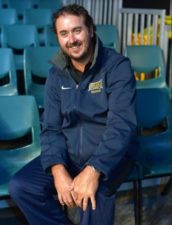 The supermarket two years ago was in Namibia where 12 of the 16 American college coaches were at the Junior World Champs.

“This is the biggest and best tournament you go to,” White, an Australian who played for Scotland, said. “You get to see everyone you want to look at.”

And then the bidding war begins in earnest. Big money, big chances, big dreams are on offer in Tauranga.