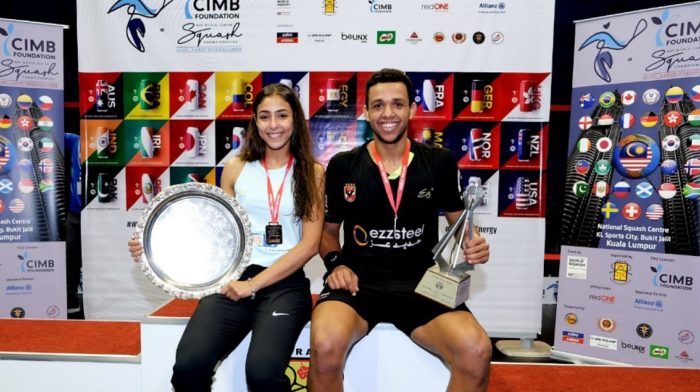 To my knowledge, it’s the first time we have a brother and sister world JUNIOR champions. Of course, we have Rodney and Michelle Martin on the senior scene, but unless I’m mistaken, it’s a first for juniors… Mohamed and Marwan ElShorbagy did the Brother trick, but brother and sister? Karim and Hania El Hammamy are unique….

Flashback to Wadi Degla Worlds in 2014. Side courts, qualifying round. I see a beautiful gazelle, legs up to the armit, svelte, gracious, tenacious, with already a very mature squash. I sit and watch her for a while. “She will be world champion” wispers in my ear Islam Hany, Heliopolis coach at the time…. In 2013, her brother, Karim, had become the world champ beating Fares Dessouki in a fierce battle. “Talent runs in the family” I hear myself think.

As one does, Hania gives me her aftermatch interview in French, as she follows the Lycée Français studies in Maadi, Cairo. Speaking fluently 3 languages, playing superb squash, extremely photogenic, at 14. Mmmm, I though, we have a future star.

If Hania flourishes on the senior scene – taking games from Laura Massaro at her best – or ousting Nour El Tayeb out of the CIB Blackball Open, reaching WR15 in March 2019, she never managed to clinch the World Junior Title. “Twice the bridesmaid” smiles Howard Harding in a tweet “and now the Bride”… She is following in that matter Nour El Tayeb, who took her World Junior title on her third attempt as well, in 2011…

Jana was very happy to have beat both Stephanoni and Aifa in the quarters and semis. She probably thought she wouldn’t be strong enough today against her sparring partner. After a very close first game, it was a bit onesided, although a big push at the end of the third, 8/8… Too much respect maybe? Next year Insh’Allah dear, next year…

“It was heartbreaking playing Jana because she’s a very good friend and its just so hard to play a close friend when you want to win the title so bad,” said Hania. “I had to put our friendship aside when I was on court and I’m glad that I managed to get through it to be finally called world junior champion.

“This win is really important for me because I’ve been watching all my favourite players on the PSA Tour and they’ve all won the title at some point. I was angry that I didn’t win this before and for the past three years I’ve really hoping to win it. There was a lot of pressure on me too and I was also nervous to start because I didn’t want to lose in my last world juniors.

Jana Said:
“My body was a bit sore from yesterday, having played a five-setter semi-final and I probably wasn’t in the best shape. But I think I played good overall until the third game where I gave out too many unforced errors.
I’m happy for Hania. Its her last world juniors and I’m glad she made it while I still have one more year and hopefully I can win it next year. Of course playing in this final will helped me. The mood and the tension is completely different and now with Hania done with juniors, I believe I’ll be more prepared to win it next year.” 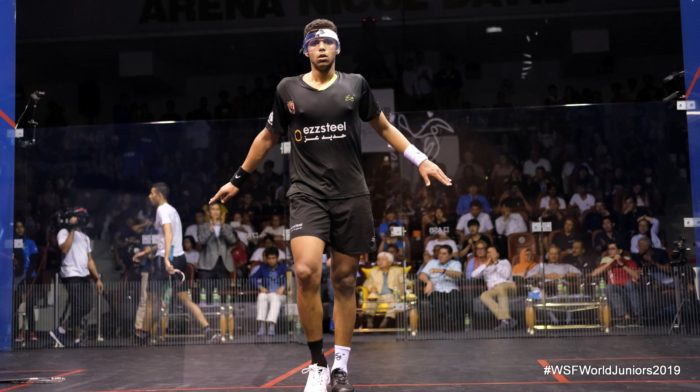 Ragging Bull… Bless him… So funny to have two players with the same name, Mostafa Asal, Mostafa El Serty, from the same country, from the same city, playing for the world title… We had Nour El Tayeb and Nour El Sherbini, but one was from Alex and the other one from Cairo… 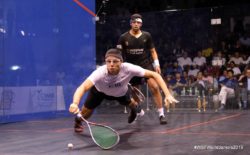 First game was crucial, and Asal knew it. Facing real opposition for the first time of the event,  Asal upped  the tempo and the power – a bit too much of that for the ref, as the Alhy Club star was penalised with a conduct stroke. Down 10/7, he managed to score the next 5 points, clinching the opener 12/10 in 20 long minutes.

“Its an amazing feeling to win for the second time although I’m happy to return this trophy after a week,” said Asal. “It was a tough game because I was 10-7 down in the first and there was a lot of pressure on me.

I think it always difficult coming into the junior competition being so high ranked on the PSA Tour. The pace is always different and that was something I had to adapt to this week. But I’m thankful that I was mentally tough today especially in the first game because taking that game was so important for me.”

I am thankful for a second place finish after finishing third last year. It shows progress in my squash and hopefully I’ll come back and win it next year,” 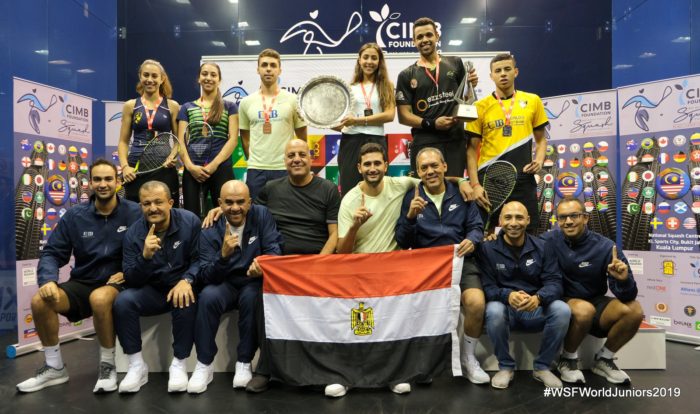 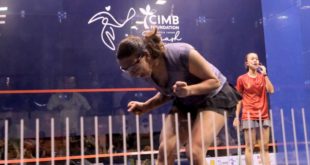 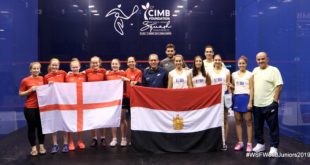 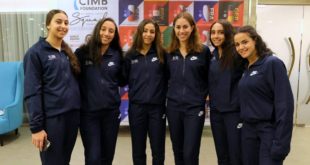 Three Days of Pools for the Top Seed against Switzerland, France and Singapore.... 3/0 Singapore...