KUALA LUMPUR – It’s heartbreak for Aifa Azman after falling short while Egypt’s Moustafa Elsirty is living the dream to storm into the final of the CIMB Foundation WSF World Junior Squash Championships.

Hopes were high on Aifa, the girls’ 3rd-4th seed to make a breakthrough against second seed Jana, whom she has never lost to in their past two meetings.

But she couldn’t capitalise when it mattered, giving up three matchball opportunities in the fourth game – 10-9, 11-10, and then 12-11 as Jana put on a steely performance to hang on. 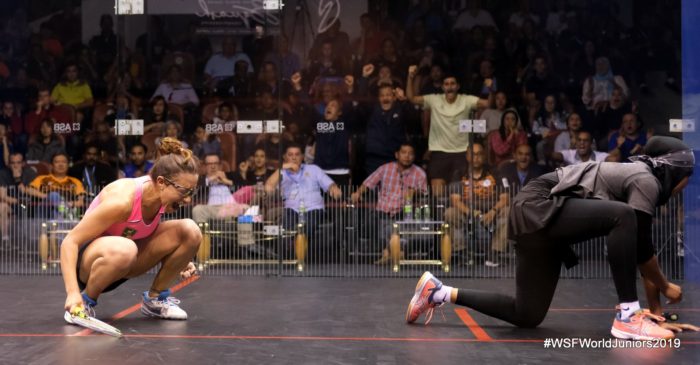 The Egyptian, who was so calm under pressure, then took her opportunity when it came to level the tie at 2-2.

And that proved to be the turning point as Jana stepped up her pace in the deciding rubber with Aifa just failing to catch up, eventually sealing the win in 64 minutes – the longest game of the tournament so far.

The win means Egypt would secure the girls’ title as Aifa was the only non-Egyptian in the last four.

And Jana, who was semi-finalist last year, was certainly pleased to reach her first world juniors final.

“I was so many matchballs down but I managed to find a way to save them and somehow win the fourth game. It gave me a bit more confidence for the fifth game which was tense and I had to stay as calm as I could,” said Jana.

“It feels really amazing to be in the final. Furthermore this is like a double revenge for me, having beaten Marina (Stefanoni) in the quarter-finals and now Aifa.

“Hopefully I can go on to win tomorrow. It is a pleasure to play in an all-Egyptian final and I’ll definitely do my best.” 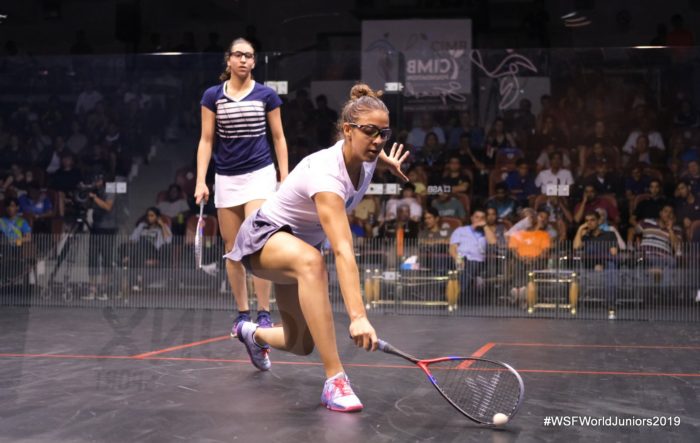 Meanwhile a visibly dejected Aifa rued the spurned chances in the fourth that cost her a shot at reaching the final.

“I’m really disappointed because I’ve never lost to Jana before. I thought I could win the fourth because I was this close having gotten to matchball first,” said Aifa.

“It was really nerve-wrecking as there was a lot of pressure on me and everyone was expecting me to win.

“I did well to get back to 7-all in the fifth but Jana was just too good on the day. Still, I’m proud of myself to reach the semi-finals having come back from injury earlier this year.

“This is just the beginning as there is still the team event. I’ll come back stronger for that and I’ll make sure to make the final next year to win it.” 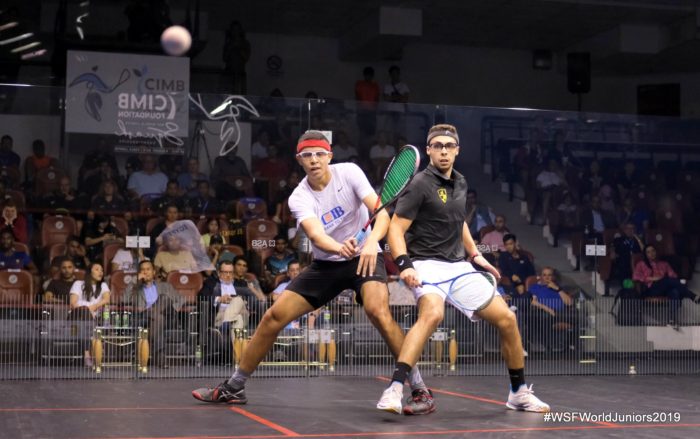 It will be the 17-year-old’s first world juniors final and it also made up for a disappointing campaign at the British Junior Open in January where he lost in the third round.

And Moustafa, who described reaching the final as a ‘dream come true’ was certainly pleased as punch with his performance.

“It was such a hard game today, not only because Omar is higher ranked but also because he is one of my closest friend,” said Moustafa.

“But I’m so happy to have gotten through to my first final. Its really a dream come true. I remembered when I was 9 and I knew I wanted to make the final one day too.

“Last year I only made the semi-finals of the world juniors and I was learning how to be one step better. I still have one more year of world juniors so to reach the final now is really good for me.”

Moustafa next meets top seed and defending champion Mostafa Asal. The world No. 29 was a class apart as he powered through to an 11-5, 11-5, 11-2 win over unseeded English lad Lewis Anderson. 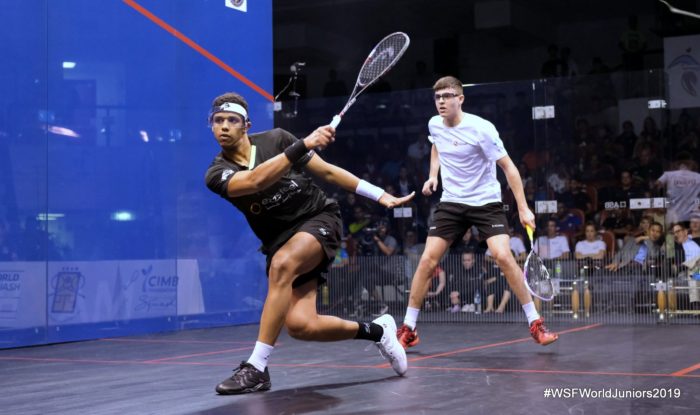 It is still full credits to the 18-year-old Anderson who came into the tournament with little expectations but managed to take out three seeded players, including 3rd-4th seed Viktor Byrtus of Czech Republic en route to the semi-finals.

“Its been an amazing experience for me here, getting to the semi-finals. Unfortunately Mostafa is a very good player, very strong and I just didn’t have enough in the tank after the three big wins,” said Anderson. 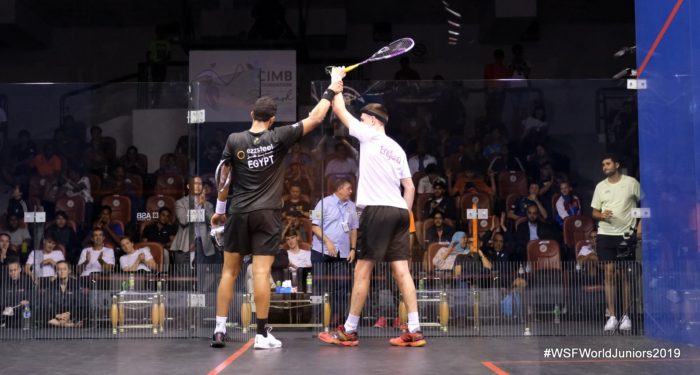