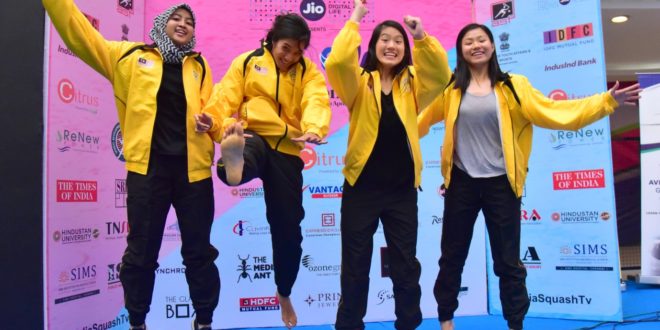 Malaysia handed the Kiwi team a defeat at the 2015 World Junior Squash Champs in Netherlands to storm into the semi-finals where they lost out to eventual champions Egypt. The team will be hoping for a podium finish this year.

The team won the 2017 Asian Junior Team Champions earlier in the year with some great performances, and performed well at the Senior Asian Championships in Chennai.

These young women are ranked in the top 20 of the WSF Junior Rankings so our fans will be treated to some awesome action!

Some of the players are currently in New Zealand getting used to our local conditions and getting valuable match experience in some PSA tournaments.

We’re looking forward to welcoming Team Malaysia to the #wsfworldjuniors2017 from 19-29 July.