Coach Cross: Malaysian Girls will bounce back for team event

Its been a rough couple of days for the Malaysian girls at the CIMB Foundation WSF World Junior Squash Championships.

First it was Chan Yiwen, the 5/8 seed, who played her heart out against the hard hitting Farida Mohamed of Egypt in the quarter-finals.

A day later, it was Aifa Azman‘s turn to suffer a heartbreak, this time in the semi-finals. 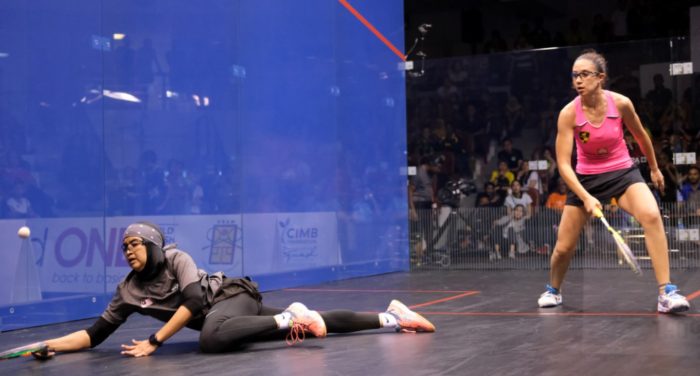 The 17-year-old had every opportunity to take the game against second seed Jana Shiha of Egypt, a player she hadn’t lost to in two previous meetings.

But she squandered an opportunity to take the second game. And then wasted three big matchball opportunities in the fourth game.

Those two narrow defeats are certainly crushing, but national assistant head coach Andrew Cross is confident that his charges will bounce back, especially with the girls’ team event starting on Monday. 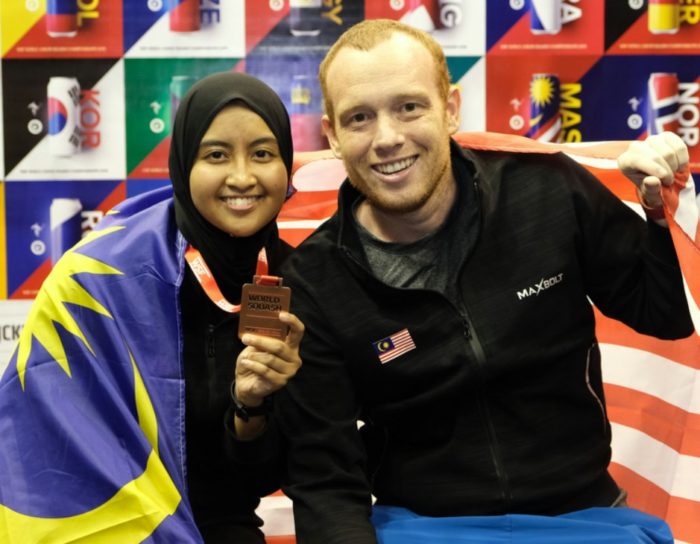 “I thought Aifa played really well. It was super close and she had chances in the second as well as matchballs in the fourth,” said Cross.

“But all credit to Jana. She showed real nerves of steel to hit some big winners in those circumstances.

“Obviously its disappointing and the girls are certainly disappointed not to go further than where they have. But they’ve done well all week and we really can’t ask for more, especially considering that Aifa had her injury concerns earlier this year.

“I’m pleased with all the girls this week, but they have to go again next week. It will be a bit of management to prepare them for the team event.

“Mentally, it will be up to me and the team around us to rebuild that confidence. That is really the big part of it now – rebuilding confidence. But I’m confidence that next week we’ll be right back in it,” added Cross.

Having reached the final of the team event in 2017, hopes are certainly high on the girls’ team to rebound strongly to match that effort from two years ago.

It is also a new team lineup from the 2017 squad, with Aifa as the first string followed by Yiwen at No. 2 and Ooi Kah Yan and Noor Ainaa Amani Ampandi as the third and fourth strings.

In the team draws that were released on Saturday, Malaysia are seeded second and have been placed in Group B with seventh seeds Canada, 10th seeds Australia and 14th seeds Japan.

Defending champions and favourites Egypt, boasting a lineup featuring the two individual finalists in Hania El Hammamy, Jana, as well as Farida and Sana Ibrahim are in Group A together with Switzerland, France and Singapore.

Hong Kong, with a good showing in the individual competition, have been bumped up to third seeds from fifth and are placed in Group C with India, New Zealand, Ireland and Taiwan.

England round up Group D with USA, South Korea, South Africa and Sweden.

Malaysia will kick off their group campaign by facing Japan, followed by Australia and finally against Canada.