You probably know some of the players who are currently riding high in the senior World Rankings who did well in their time in the World Juniors – Nicol David and Ramy Ashour, the first two-time winners – Nour El Sherbini, the youngest winner ever at just 13 – and the Elshorbagy brothers Mohamed and Marwan, two wins each – are probably the ones that come to mind first.

But look down the rankings and you’ll quickly see that virtually all the top players have done exceptionally well in the World Juniors. 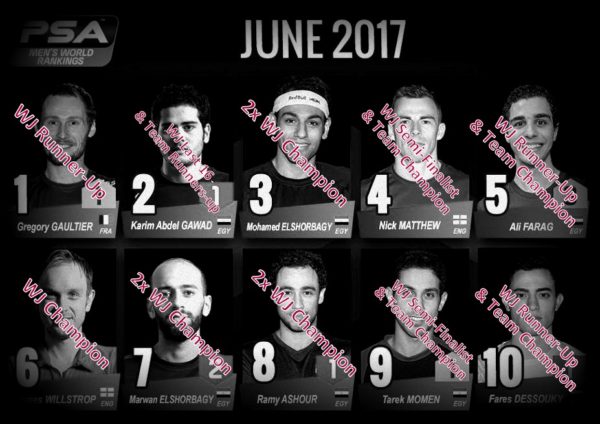 In the Men’s list no less than 9 of the top 10 reached the semi-finals or better, with 11 finals and 7 titles between them,

The women’s rankings are even more impressive – 6 of the top 11 won the WJ title, 10 of them reached the quarters or better, and they have a combined 20 finals and 11 titles. 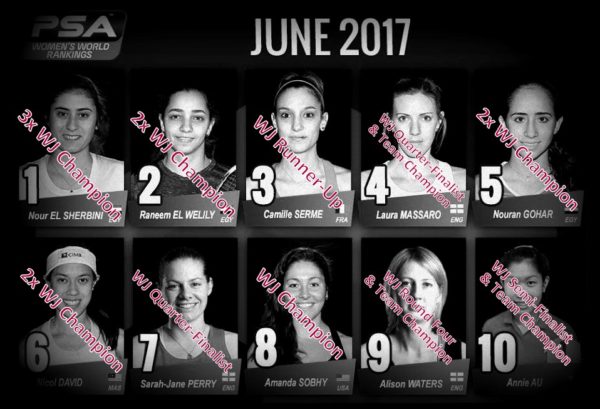 Of course winning the World Juniors isn’t a pre-requisite for senior success – Karim Abdel Gawad only made the last 16 and lost his team final but went on to become world #1 and world champion, and although Laura Massaro only made the WJ quarters, she won the decider in England’s team success and she’s gone on to become world #1 and to win a string of World Series events.

Likewise, winning the world juniors doesn’t guarantee senior success – there are plenty of past champions who didn’t make a big impact on the senior scene … but looking at the current world rankings you have to conclude that doing well in the World Juniors isn’t going to do your prospects any harm,

It’s a fair bet that a few years down the line we’ll be seeing some of this year’s players in the upper echelon of senior squash … the question is, who ??? 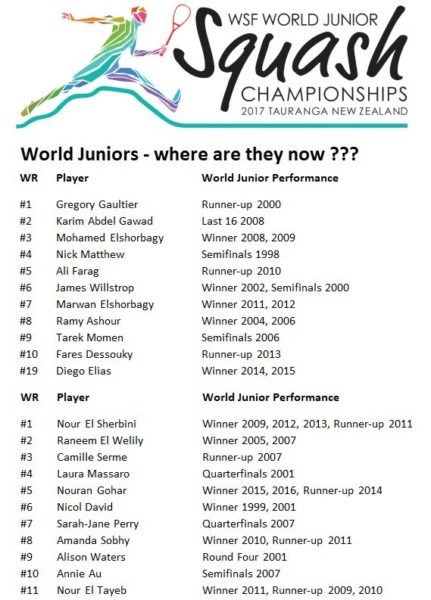 Share
Previous Australia ready for the World Juniors
Next Countdown