The Dutch Squash Federation is supporting the War Child charity (www.warchild.org) during the World Juniors. 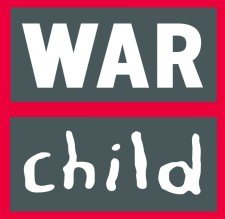 The squash community during this event shows us that players of different nations and different religions get along really well. During the matches it’s ‘war’ time and everyone gives their best to win the match. But outside the court there is respect and players from different countries are friends with each other.

This is something we think what should be possible for everyone in the world. We don’t think that children should grow up anywhere in the world where there is war.

War Child uses different sports in their rehabilitation programs. At the moment they don’t use squash, but we hope we can change that in the future, because squash is a perfect sport where there can be battle and friendship together in a short period of time. 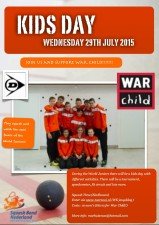 This is why the Dutch Squash Federation supports War Child.

During the team event we will make some videos of the different teams. We would also ask them to say a quote about War Child. The Dutch Squash Federation and War Child will use these videos for promotion. They will also be available on YouTube for free use.

The Dutch Squash Federation will also organise a Kids Day on Wednesday to raise money for War Child.

During this event there will be lots of different activities for the kids. Everyone can join!