KUALA LUMPUR – It’s seven in a row for Egypt as they denied a fierce Malaysian comeback in the final of the CIMB Foundation WSF World Junior Team Squash Championships.

It was no walk in the park as the defending champions needed every bit of firepower in their arsenal, and a bit of luck as they rode the strong resistance of Malaysia for a 2-0 win at the National Squash Centre, Bukit Jalil.

It didn’t always go Egypt’s way as Aifa gave the home crowd something to dream about by taking the first game 11-6.

Hania however proved her mettle by storming back to take the second 11-6 and then came from behind to take the third 11-9.

That swung the momentum as Aifa had the wind knocked out of her with Hania eventually romping home for the win.

“I never wanted to be the reason why the team loses so I went in there and I wanted to push hard for me teammates,” said Hania.

“Winning the third game was big for me as it certainly gave me a lot more confidence and I’m really pleased to finish my junior career this way.”
Trailing 1-0, Malaysia then turned to 17-year-old world junior debutant Noor Ainaa Amani Ampandi to save their title hopes.

And the KL girl played the match of her life as she had individual bronze medallist Farida Mohamed by the throat several times. 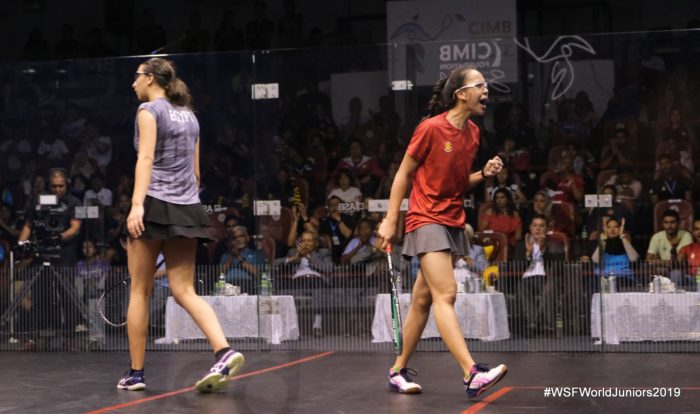 After a shaky start, Ainaa had the crowd on the edge of their seats as she led 2-1 and was 8-6 up in the fourth.

Unfortunately, a cracked racquet forced her to change equipment and that ruined her momentum. 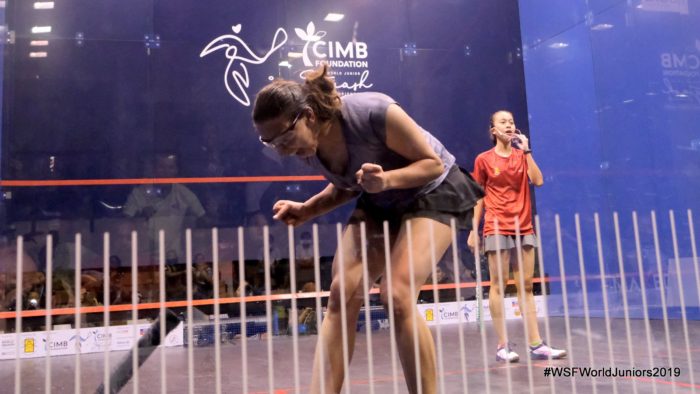 “I looked to my team and coaches and I knew they needed me to win and I badly didn’t want to lose too, since its my first team event,” said a jubilant Farida.

“Even when I was 2-1 down and trailing 8-6 in the fourth, I somehow managed to dig in and I’m happy that I managed to come back to win.

“This win certainly meant a lot to me. It’s really great that I delivered the winning point because if I had lost, it would have meant more pressure for Jana.” 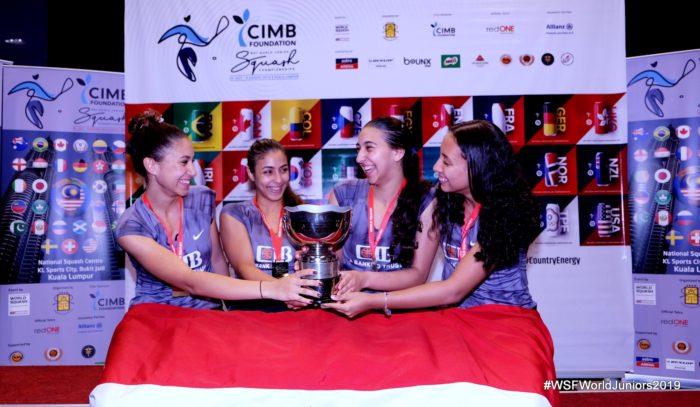 Egypt’s success means they have sealed their ninth world team and have lived up to their status as the world’s best.

It is however full credit to the gutsy Malaysian team who left everything on court with this final being one of the closest contested one in recent years.

“I think I played really well today. I won the first but Hania changed her game after that. I tried to keep up to her pace but she was way better on the day,” said Aifa.

Said Ainaa, “I really had nothing to lose since this is my first world juniors and my first team event. I think Aifa played really well and that gave me confidence going into my game.

“All I was thinking today was that I wanted to win. I was nervous at the start but I played well in the second and third. I also tried really hard in a tough fourth game but unfortunately, luck wasn’t on my side.” 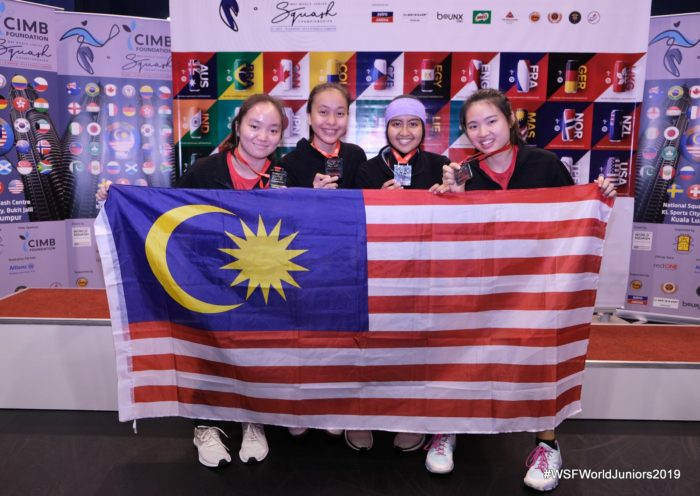 The loss means Malaysia finish as bridesmaids for the second straight edition.

Meanwhile in the playoff for fifth, India finished strongly by beating the higher ranked USA 2-1. 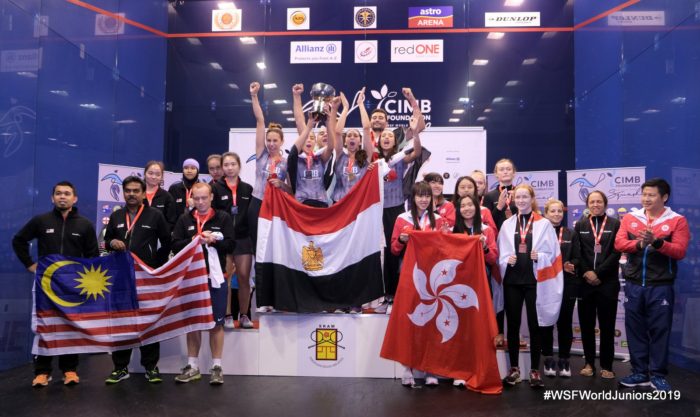 Share
Previous Egypt gets her 9th title, but it was not smooth sailing…
Next ROAD TO WORLD JUNIOR CHAMPIONSHIPS | Wet n Wild