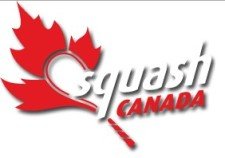 Canada’s National Junior Women’s team is set for the upcoming Women’s Junior World Championships. At the 2015 Women’s Junior World Team Trials, eight women faced off in a battle to secure the final two openings on the Junior National Team. Madlen O’Connor and Sophie Mehta had already secured spots on the team, leaving two positions up for grabs. The team will be headed to compete in the WSF Women’s World Junior Championships in Eindhoven, Netherlands from July 26th to August 4th.

Matches started in a round robin format with two separate pools. Pool A consisted of Anika Alexander (MB), Hannah Blatt (MB), Chloe Chemtob (QC) and Tara Shannon (QB). Pool B saw Rhea Dhar (ON), Emma Jinks (PE), Nicole Kendall (ON) and Grace Thomas (BC) play for a chance at the Semi-Finals. Each pool was seeded based off the latest Canadian rankings, with the top two players from each pool advancing to the Semi-Finals.

After the Semis, Chemtob and Thomas had clinched spots on the Junior National Team based off the National Selection Points Race. This race is an accumulation of points from national selection events over the course of the past two years. In the 3rd place match, Tara Shannon beat Nicole Kendall and clinched a reserve spot on the team.

Chloe Chemtob, 17, from Montreal. Chemtob, who plays out of Club Sportif MAA, is the reigning two-time U19 girls Canadian Junior Champion. She is currently ranked 2nd in the Canadian Girls Squash Rankings. She recently placed 5th at the SHOP.CA 2015 Canadian Squash Championships and 3rd in the Girls Individual event at the 2015 Canada Winter Games. Chemtob was also a member of Team Canada at the 2013 Junior Worlds.

Another member of the 2013 Junior Worlds, Sophie Mehta, is back for more. Based out of Toronto at the National Squash Academy, Mehta is ranked 3rd in the Canadian Girls Squash Rankings. Mehta was a silver medalist behind Chemtob in the U19 Canadian Junior Championship. She was also on the Ontario Team that won the 2015 Canada Winter Games in the Girls Teams event.

Madlen O’Connor was also a part of that Ontario Team with Mehta. Member of The Granite Club, O’Connor is the oldest member of the team at 18 years. She is currently ranked 4th in the Canadian Girls Squash Rankings. She was a silver medalist at the 2015 Canada Winter Games- Individual Event.

Rounding out the roster is 17 year old, Grace Thomas from the British Columbia Club. Thomas is currently ranked 7th in the Canadian Girls Squash Rankings. She placed 3rd at the Girls U19 Canadian Junior Championship in Calgary. She also placed 2nd with the British Columbia Team at the 2015 Canada Winter Games in the Girls Teams event.

Coach Richard Yendell will be leading these girls into Eindhoven. Member of The Cambridge Club, Yendell was also the organizer of the Women’s Junior World Trials, which allowed to him to analyze and become more familiar with his players. A