There has been a report in today’s Times of India regarding the non-attendance of a Swiss female player from the WSF World Juniors currently under way in Chennai, citing safety concerns.

“Of course the views and choice of every parent must be fully respected.

“However, there are over 250 players and officials from 28 countries, including a full squad from Switzerland.

“Like the WSF, they all have complete confidence with the security arrangements made by Tamil Nadu Squash Rackets Association at the Championship Hotel and playing venues to ensure the safety of the players at this event.”

UPDATE 22-Jul : Parents say “we were never concerned about safety”

Ambre is right now mobbed in social medias. Actually, we, as parents, NEVER were concerned about safety in India. This is a lie or a journalist invention.

We decided already in September last year not to send Ambre to this year’s Junior World Championship for two reasons.

1/ She is still young as she became 16 in March. She played the European U17 Team this year and will play World Junior the next 2 years. Last year at the season end she was very tired so we didn’t want to physically over charge her.

2/ We wanted, for possibly the last time for the coming years, to have summer holidays as a family and due to the father, Igor, work this has to take place in July.

So nothing in our decision was about safety. Ambre has already travelled to Egypt (and we are there right now), Morocco, Tunisia, Poland, France, Germany, Czech Republic, Italy, Mexico etc and we never considered India as a place more dangerous than these ones.

We never read articles or saw TV emission about this. Again, this is speculation, or invention.

We, the Allinckx family and Ambre, would be delighted to visit India at another occasion. But right now she is shocked that so many people show hate to her. Please stop this!

Share
Previous Day TWO : Down to the last 32s
Next Day THREE : Pre-Quarterfinals 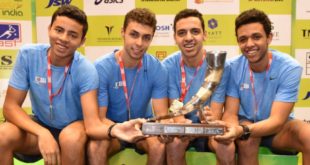 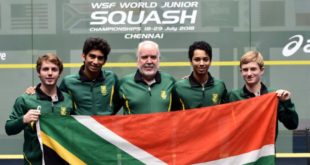 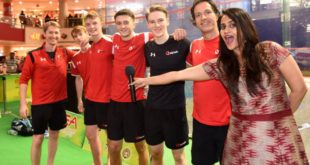 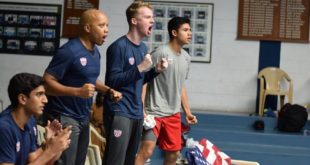 It's Team Quarter-Finals Day in Chennai ...